Tamara and Matthew: Currently Pregnant with a Fetal Diagnosis of Down syndrome 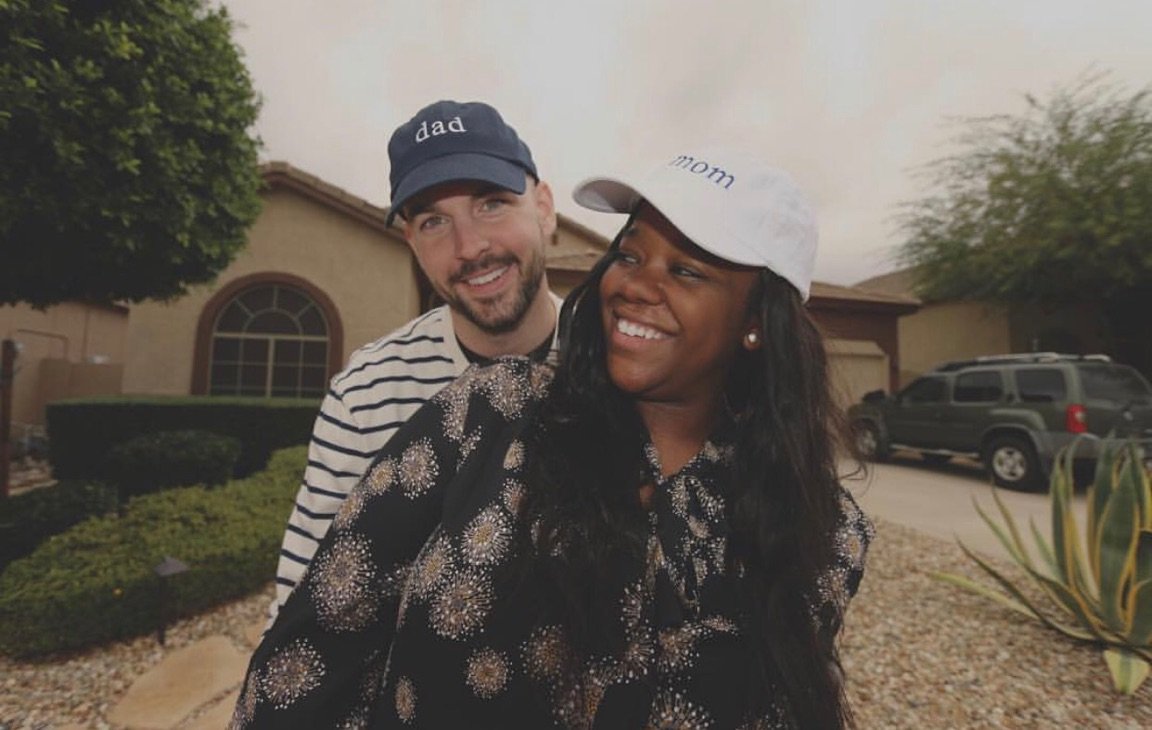 Tamara and Matthew received an unexpected test result when trying to determine the gender of their baby early in their pregnancy.  Their son has a 93% chance of having Down syndrome. In their interview, they speak of their fears and struggles on coming to terms with the results

Finding out the gender of their baby

When Tamara was 10 weeks pregnant, her doctor offered a NIPT test to determine the gender of their baby.  Tamara recalled, “..she kind of glanced over the fact that it was going to test for genetic issues and really highlighted that we could find out the sex of our baby.  That was the big part of the test.” However, when Tamara and Matthew received the call they were not prepared for the news.

Matthew said, “The tone of the doctor was very soft, wanting us to be consoled, and she was letting us know the results from the genetics testing.”

Unborn baby is high-risk for having Down syndrome

The results of their NIPT showed that their baby was high-risk for Down syndrome.  Tamara said, “A million things ran through our heads, and it instantly hit us that we both had tears in our eyes when we heard the news.   We couldn’t really finish the conversation with the doctor..she told us that the test was 93% accurate, and we heard that our child had Down syndrome.”

She continued saying, “We didn’t hear that he was high-risk; we heard that our child had Down syndrome, and for us, it shattered our world.  To this day, I still think it’s the worst thing that I’ve ever been through.”

Matthew helped explain why the results of the test were so shocking.  He said, “We haven’t been in the world of Down syndrome, so we are new to that and it’s new to us.  It was very scary at the moment. Since then, we have branched out and are more educated, and we have reached out to other organizations like Orange Socks and tried to familiarize ourselves with that type of life and diagnosis.”

Is it better to know beforehand or after your child is born?

Tamara and Matthew didn’t really have a choice in whether they wanted to know before or after Greyson was born.  They both felt like they were uneducated about the purpose behind the NIPT.

Tamara shared, “I think I would prefer to not know period..I don’t know if it would be any better thinking our kid was going to be born like a typical child and then being told that he has Down syndrome after he is born.  I don’t know how I would feel about that, so we’re prepared right now.”

Matthew agreed with Tamara on being prepared beforehand saying, “The super positive is that we’ve had time to be diving into this community, educating ourselves and following everybody we can on social media, which has been great.”

When Tamara went home to have her baby shower, she was met with different opinions about their results from the NIPT.  She said, “It’s not so much that people try to give s advice on how to parent a child with Down syndrome or a disability, but more ‘I wouldn’t worry about it; those tests are always wrong’ or ‘We know somebody had that similar thing happen.’ or when people don’t really know your story”

She said later, “I understand that you have fear for you children, and I totally respect that, and I know that it’s well-meaning, but it’s not the same..sometimes it’s hard to just bite my tongue and say ‘Thank you’.”

A predetermined decision on abortion

Before they received the results of the NIPT, Tamara and Matthew had already decided that if that child had a disability, they would love him, and that they would keep him no matter what.

Tamara shared, “We heard his heartbeat before we took the test, and I would always think about that if we aborted him.  We couldn’t fathom it. We see how much joy they bring to their families, and they can have completely normal lives. They can be successful and fulfill their dreams just like any other child.