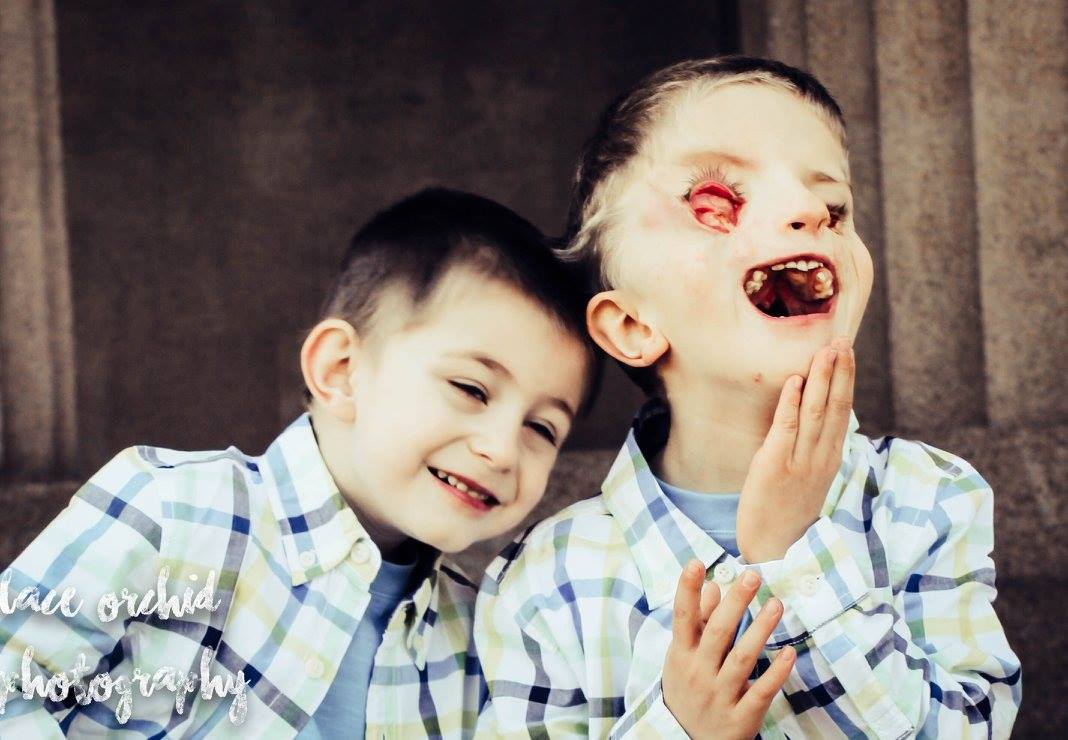 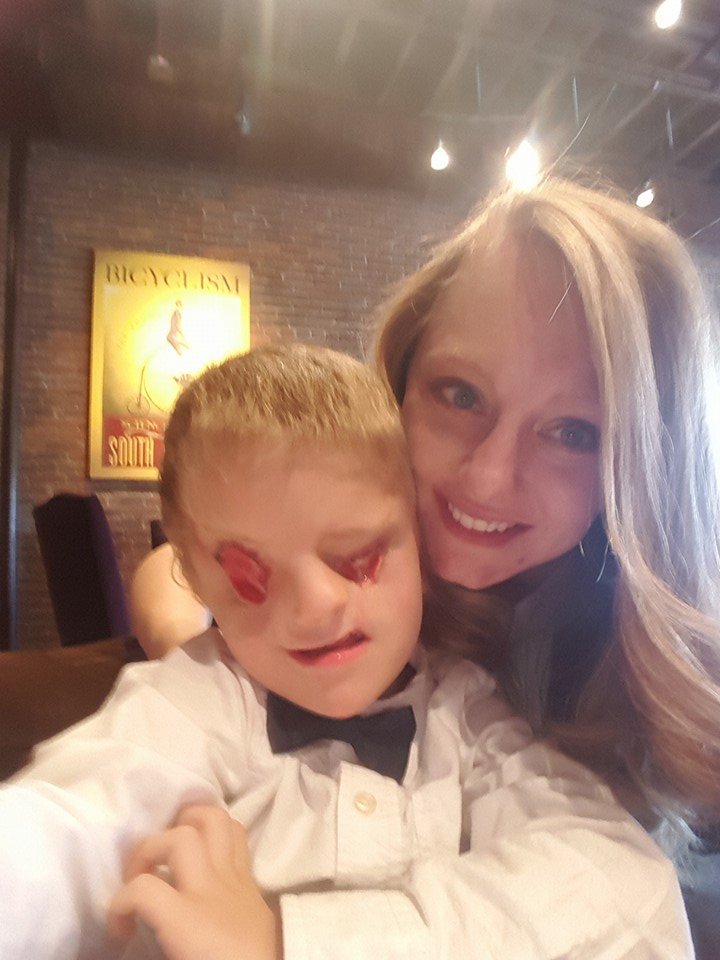 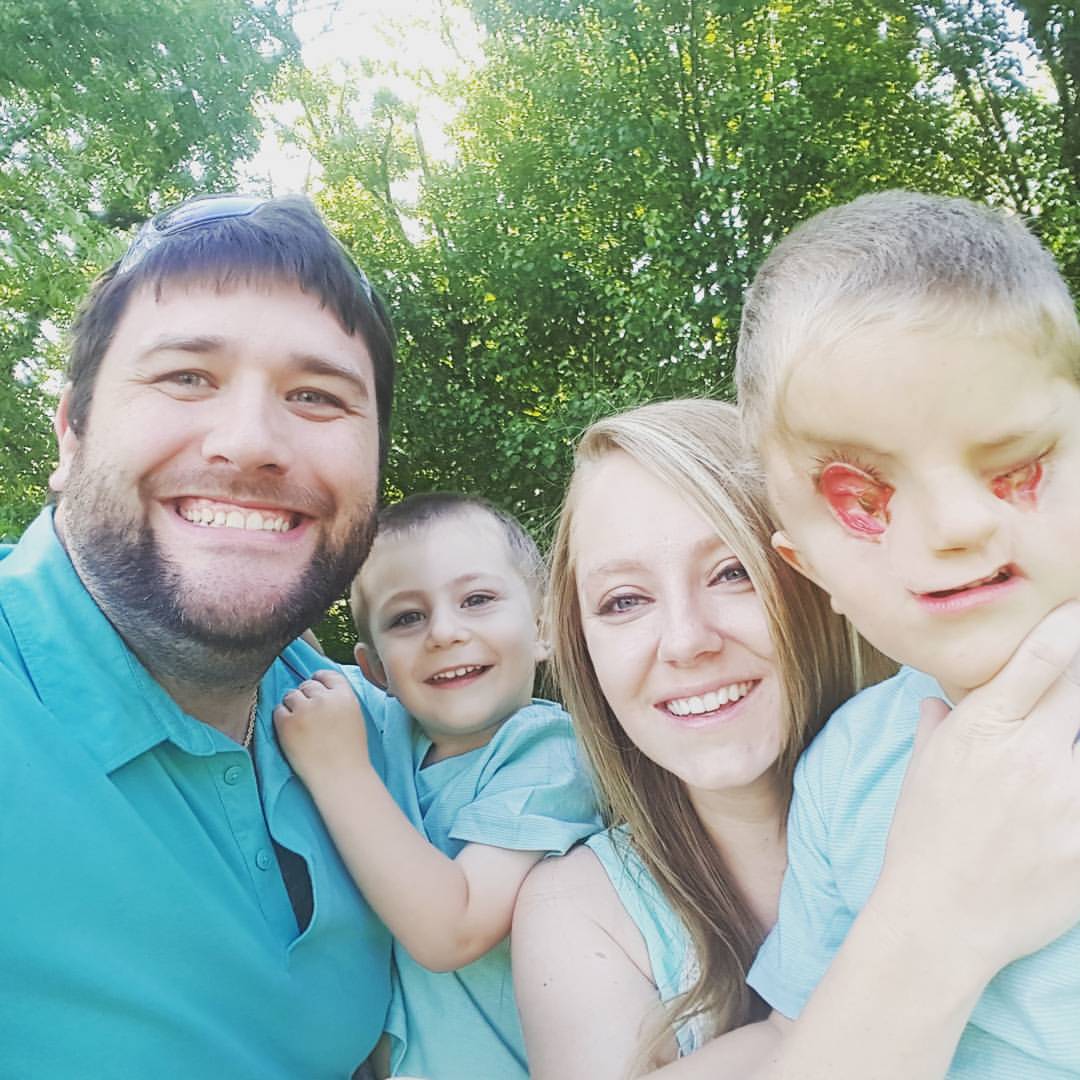 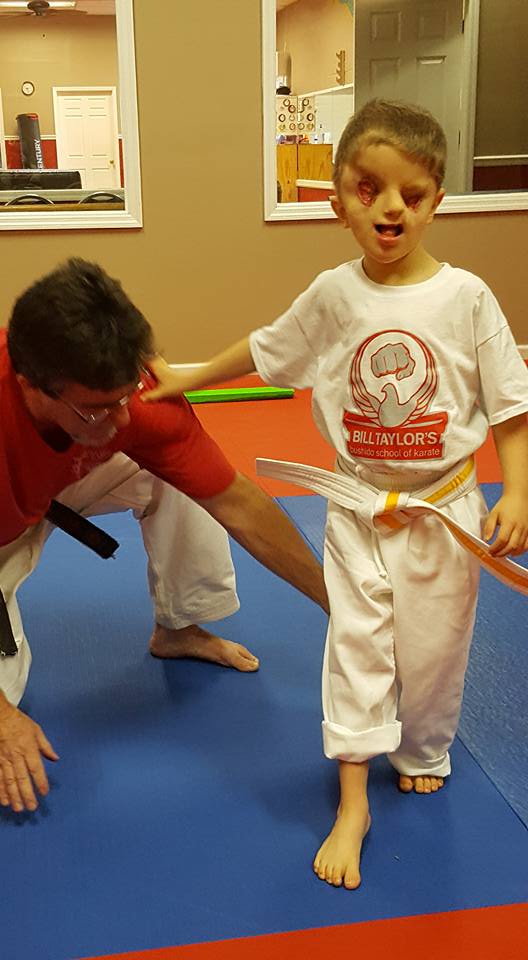 Lacey and her husband found out about possible facial differences in her son, Christian, through an ultrasound. At birth he was diagnosed with Tessier cleft or frontalnasal dysplasia.

As it happens frequently, Lacey and her husband found out about possible problems with her unborn child during a routine ultrasound. “We went in for our anatomy scan, mostly concerned with finding out whether he was a boy or a girl because we were ready to start shopping,” said Lacey. “We never imagined in our wildest dreams that there was going to be anything wrong.”

Everything was fine during the ultrasound, but later in the week they received a phone call. “They called and told us that they had seen something on the ultrasound and were concerned, and needed us to come back,” said Lacey. “From there, it progressed throughout the pregnancy, trying to figure out what was really wrong with him.”

Receiving Diagnosis After He Was Born

“This birth defect is really rare, so we didn’t get a diagnosis until after he was born,” said Lacey. “They just never could really get a clear picture of what was going on.” The doctors mostly told them they would have to wait until their baby was born to really be able to identify exactly what the diagnosis was.

Christian was born with Tessier cleft which is also known as frontalnasal dysplasia. Lacey figures there are about 50 people in the world with this condition to the same degree of her son’s. Christian was born with a cleft lip and cleft palate and he is also blind. “The simplest way to put it is that his eyes also clefted along with his cleft lip and palate,” said Lacey.

Beauty in the Eye of the Beholder

Christian has had some medical challenges. He has had to have several reconstructive surgeries and has chronic rhinitis. He also has an overproduction of mucus which is like a cold that never clears up. “They’ve not been fun all the time, and they’ve not always been easy, but I think the biggest challenge that we’ve had to face is social stigmas,” said Lacey. “Christian looks radically different from what most people look like, and we don’t care, we think Christian is beautiful.”

Joys That Come From Having a Child with Disabilities

“There have been so many joys with Christian. He is just one ball of joy really,” said Lacey. “I always say that in this family, joy is a lifestyle. We don’t spend time fretting over his disability.” Lacey and her husband know that in the future he will still be blind but prefer to focus on enjoying life with Christian now. “Every single day…we get to enjoy Christian and hear his laughter and watch him enjoy life,” said Lacey. “It brings us joy as a parent, seeing your child happy makes you happy, and Christian is happy all the time about everything.”

They also recognize there are some big things, but try to keep things in perspective. “We get to see beauty in every day, and getting to be Christian’s parents, whatever challenges we have to face, that’s worth it. That’s the perspective that he’s given us,” said Lacey.

Child with Disabilities Inspires Mom to Write a Book

Lacey has written a book, “Through the Eyes of Hope.” She wanted to help dispel the social stigma that surrounds people with facial differences. She also wanted to present the positive things about Christian and that he wasn’t someone to be pitied.

“We think people look at Christian and automatically think ‘that must be so hard, those poor people’, and that’s not the conversation we want people to be having, and that’s not the world we want Christian to grow up in,” said Lacey. “The book was just one way for me to get our story out there and let people know that there is so much good and there is so much to be found in the life that we didn’t plan.”

Life is More Beautiful Than You Can Imagine

Lacey wanted other people to know that if they are having a child with a similar diagnosis that even though it’s scary and terrifying, it will be worth it. “It will be more beautiful than you ever would have imagined, and your…child will teach you,” said Lacey. “That child will teach you so much about life and so much about who you are and who you want to be. It’s a wonderful journey.”

“We’re just thankful that he’s here. We’re thankful that he is healthy despite his challenges. We have so much joy that the challenges don’t mean a whole lot when the alternative was not having Christian at all,” said Lacey.