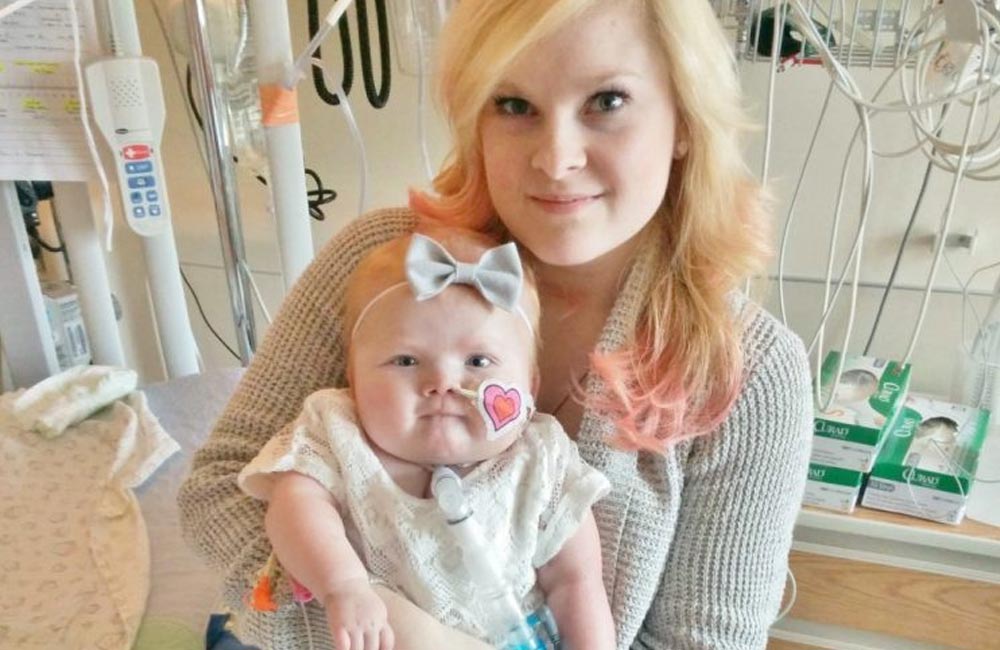 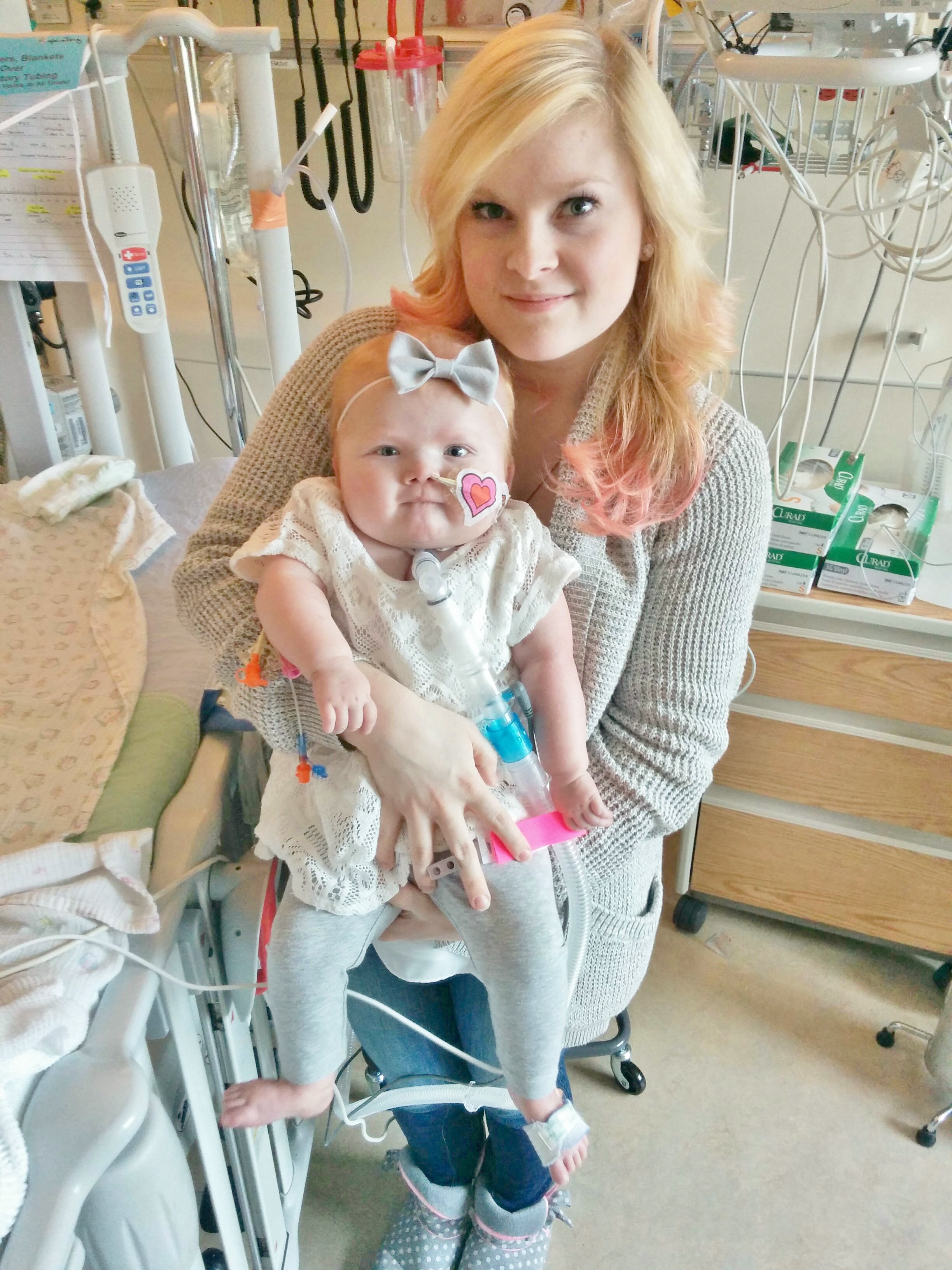 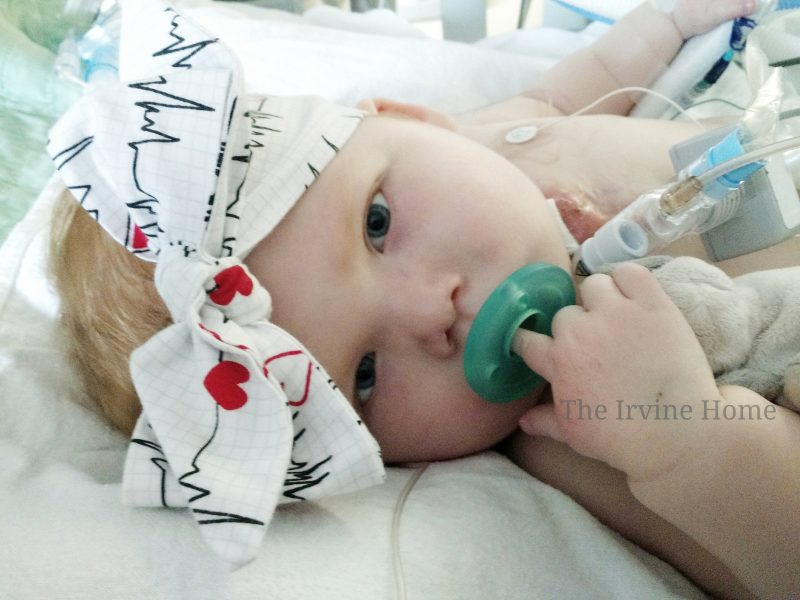 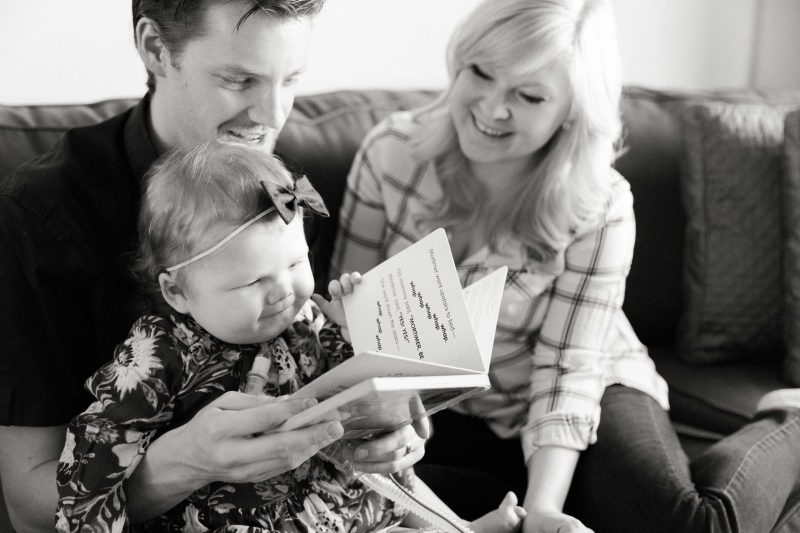 Kierra went into her 20-week ultrasound expecting to find out the gender of her baby.  She instead was told that Evanna, her baby, had a severe heart defect. Now at the age of three-years-old, Evanna is deeply loved by her parents who are thrilled to have her as their daughter.

Finding Joy in a Terminal Diagnosis

During their 20-week detailed ultrasound, the ultrasound tech discovered a major heart defect for Kierra’s baby.  A week later, they were given a few potential diagnoses, one of which was DiGeorge syndrome or 22 Deletion 11. Kierra explained, “With this particular heart defect, there is a really high risk or also having 22Q.”

Kierra and her husband chose not to do an amniocentesis.  They both agreed that it would only add more risk to their pregnancy.  The outcome wouldn’t change their minds on proceeding with the pregnancy.

There are different names under which DiGeorge syndrome is called.  Such as 22Q or 22 deletion 11. When someone has 22Q they are missing a small part of chromosome 22.  This results in poor development of several body systems.

Kierra mentioned how Evanna is affected.  She said, “..her facial features are very subtle, so we’ve been told..she was born with a major heart defect..she developed tracheomalacia..it means a floppy trachea..we finally proceeded with the tracheostomy so she could be better vented.”

Due to some of the complications following an open-heart surgery, Kierra said, “We had quite the long experience, going in for open-heart surgery and expecting to only be in for a month or two and having that turned into this whole 13-month admission, and back and forth between two different hospitals, and just complication after complications.  Definitely the 22Q had a told in that rougher recovery and not bouncing back as quick enough.”

Of those 400 days she was in the hospital, Evanna was in the ICU for 322 of those days.  Upon release Kierra said, “..our whole medical team was nervous. They definitely said when we were discharged that she was one of the most complicated cases coming through their door.”

Luckily, Evanna has only been hospitalized a few times since her release.  She is starting to progress and stabilize. Kierra said that they are starting to wean her off of the ventilator and eventually are trying to get her trach removed.

Divorce rates for couples who have a child with disabilities are much higher than the rest of the married population.  The opposite has been true for Kierra and her husband.

She said, “Throughout this journey, the strength my husband and I have gathered has helped our relationship..I feel like this has brought us closer together.” Working together as a team, they both focus on each other’s strengths.

Evanna is medically complex.  This means that a simple trip to grandma’s house isn’t possible for the time being.  Kierra said, “Unfortunately, a lot of her life has been in a hospital, so relationships between grandparents or aunts and uncles have not been able to be built.”

Even though most of their family has yet to build a relationship with Evanna, their families have both been extremely supportive and positive with Kierra and her husband.

Due to the complexity of her heart defect, Evanna is considered to be terminal.  Kierra explained, “Because of how complicated and intertwined the condition is, she is not eligible for a transplant of any sort; it’s just not possible anatomically, so unfortunately some options are no longer available to us.”

However, there is some hope.  Kierra has been in contact with a heart surgeon who specializes in 22Q.  They are attempting to get Dr Frank Hanley to accept their case. Even if he does, Evanna will still be considered terminal.  The goal is to improve Evanna’s condition and improve her overall quality of life.

From their experience so far, Kierra and her husband have tried to live by a simple concept. “One thing I’ve learned and one thing I try to emphasize out there is that we have good years and bad years, and life is about surviving the bad years while learning and growing through them, and then enjoying the good years.” shared Kierra.

Knowing that good times are short lived, and that eventually the other shoe will drop Kierra says they are ready for when things get crazy again.  She said, “..that’s just something you can do when you have a special needs child. It’s always a reality..a lot of us choose to prepare for the moments when life decides to get a little chaotic.”