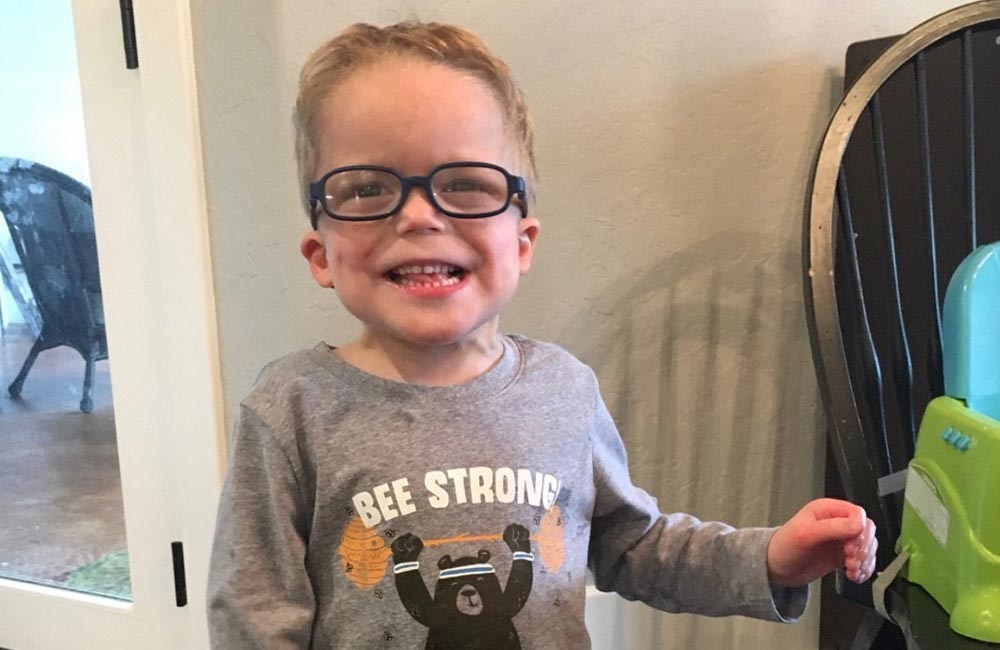 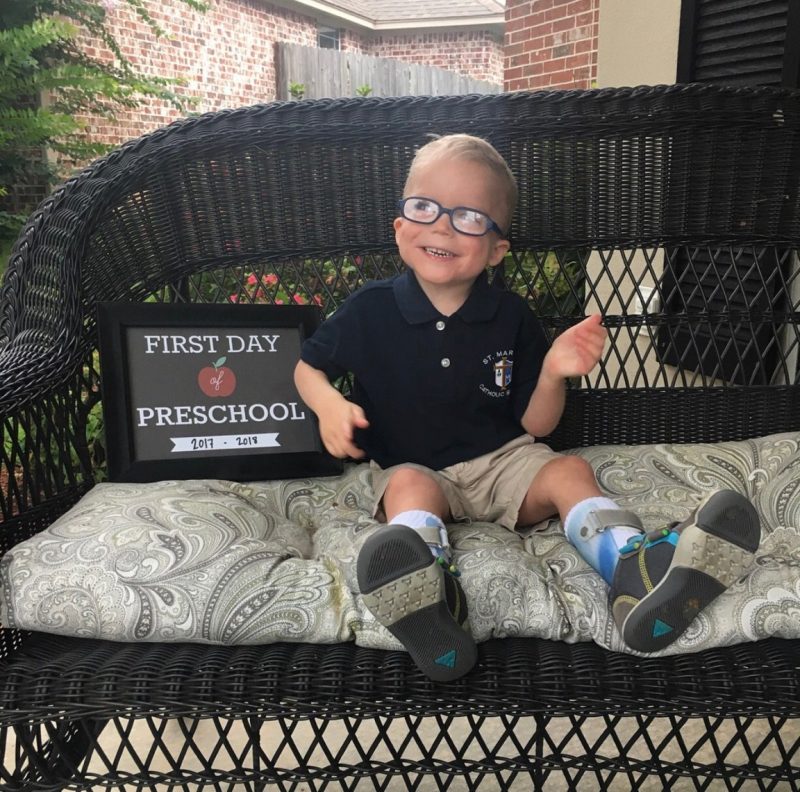 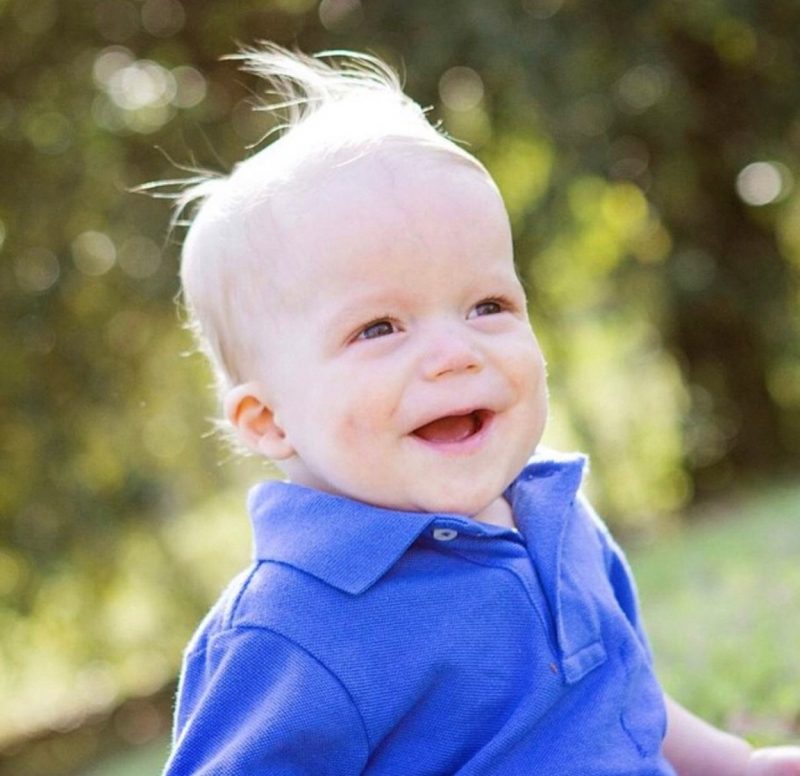 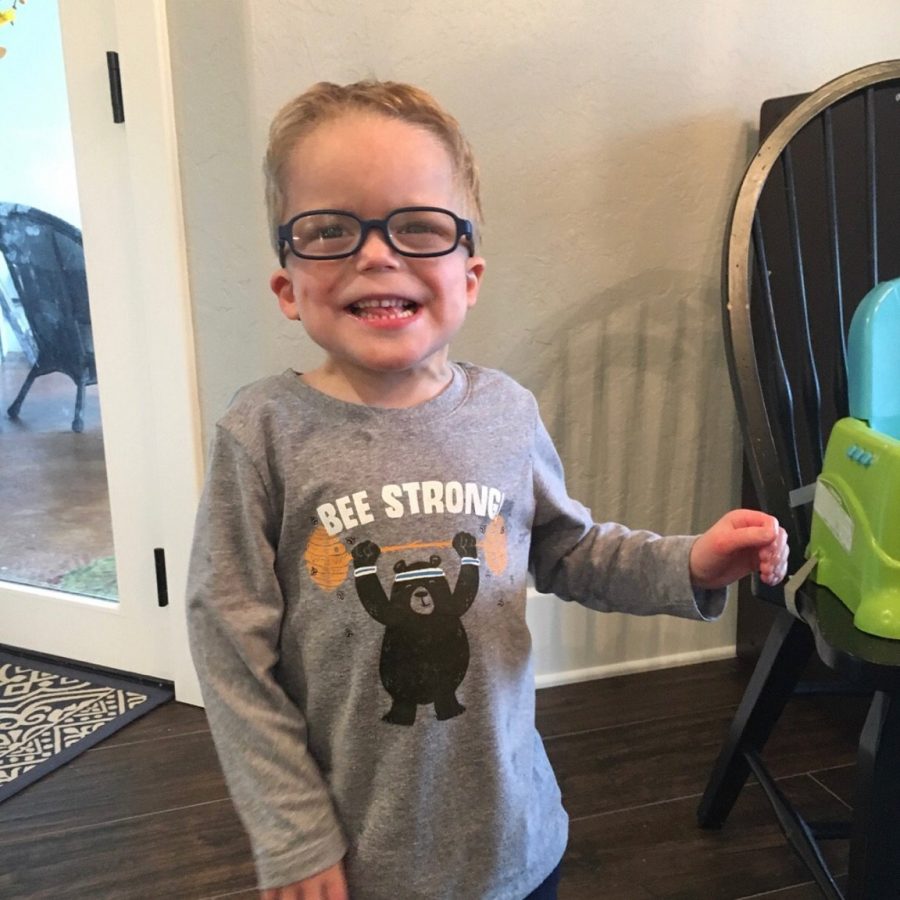 At the time of his diagnosis, Parker was the 85th case person to be diagnosed with ADNP syndrome.  He has a rare genetic condition that can cause a variety of different abnormalities.  Kayla and Josh talked about their journey towards finding a diagnosis and what life has been like with Parker.

Early in his life, Kayla and Josh noticed that Parker was falling behind developmentally.  However, Parker was their first child. Josh shared, “Well we went through, you know he’s out first kid.  Part of it you don’t know what to expect with your first kid.”

After realizing that he wasn’t where he should be they took him to their pediatrician who explained that there is a wide variety in children.  They wanted to think that nothing was wrong. Around the time Parker was 12 months old, they realized it was more than just differences in children.

Parker had just started army crawling when they started looking at other possibilities behind his global developmental delay.  Josh said, “.there was a year long deal of just trying to rule things out. We had a really good genetics doctor..So he put us through to get the testing, the whole exome sequencing, which is still kind of a new deal.”

They were lucky to receive their results quickly and their insurance covered the test.  Kayla said, “I didn’t expect to get a diagnosis. I had read that there’s maybe a 25% chance that we would get one from the whole exome sequence thing.  Just generally I was surprised for then it to be something so rare.”

Kayla described Parker’s diagnosis as, “ADNP syndrome is a rare, complicated, neuro-developmental condition…you start out with global developmental delays, speech is severely affected, many of them have autism and intellectual disability.”

She continued saying, “It affects you know various systems.  A lot of kids have heart defects, sleep apnea..abnormal MRIs.  Some children have had brain atrophy, so it affects a lot of different things, and the children in different ways.”

Kayla described that for her, changing her view of what Parker’s life is going to be. “I think kind of coming to terms with that.  Just the whole change in what I expected his life to be..probably realizing that the chances of him living independently as an adult are very slim.”  However, she noted that since Parker is such a joy to be around that she doesn’t ever want him to leave.

Josh also experienced a change in his expectations as well.  He said, “..you have an idea of what you’re expecting your life with your son to be.  Your typical take him to the baseball game or the football game. So you know and that kind of just goes out the window.”

The joy in raising a child with a disability

Despite having to find a new reality with Parker, both Kayla and Josh described the undeniable joy Parker brings to their life.  Josh said, “He’s a happy kid..he’s got this inner peace and joy that’s just contagious..I mean he puts a smile on everyone’s face, and that’s just who he is..he’s just a happy, mischievous, loving and even caring I would say.”

Feeling like Parker has made a great impact on everyone he meets, Kayla said, “I feel like he is changing all of us for the better, I feel like anyone that gets to know him, their lives are impacted by him.  I can see kind of our group of friends, all their children are typically developing, and as they kind of learn about Parker, I can see him touch them as well.”

She added, “I would say that whenever it’s been a really hard day with all the therapy, or he’s had a meltdown or whatever I’m upset about it, and Josh will always remind me, ‘Just forget about all that, and just go play with him.’  and sure enough he gives me one of those huge hugs.”

At first, when Josh heard parents of children with disabilities saying that they wouldn’t change anything about their child, he thought, “They are  just saying that.” Now, having Parker he said, “I would not do anything differently. I love that kid, I really do.” He also gave advice to other parents who have a child with  ADNP syndrome. He said, “Enjoy it. It’s a blessing. It doesn’t sound like it when you first get the news, it probably doesn’t look like it, it’s scary, but man, it’s a joy.”

Finding her people was what Kayla described as, “a huge blessing.”  Shortly after Parker’s diagnosis, she was able to connect with other families on Facebook.  She said, “The parents of the older children, they want to help you, and they want to guide you, and they’re going to give you information that’s going to help your child.”