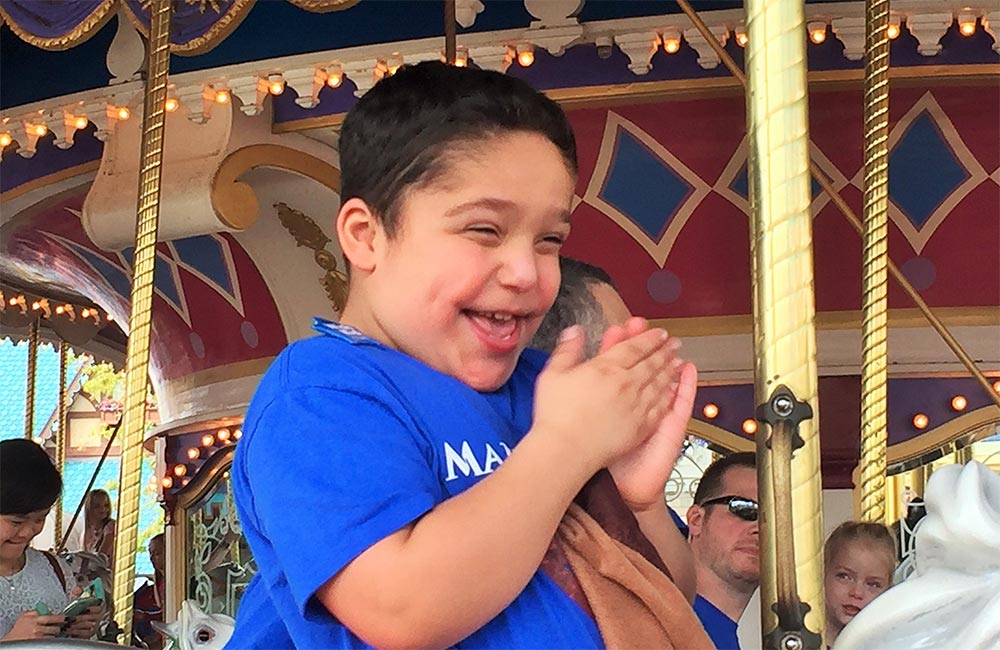 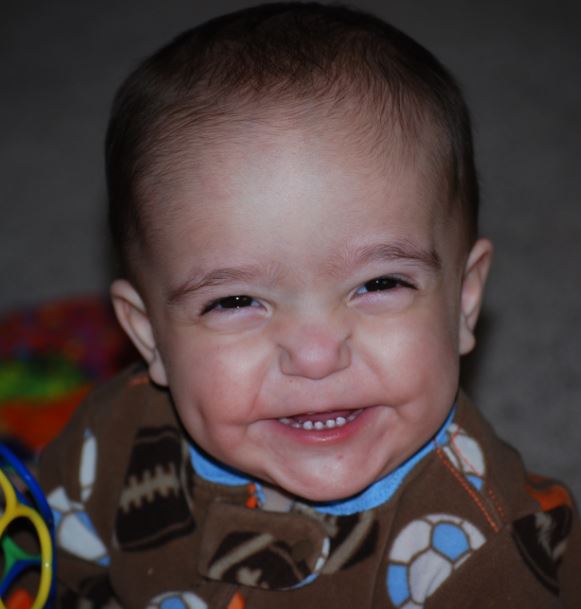 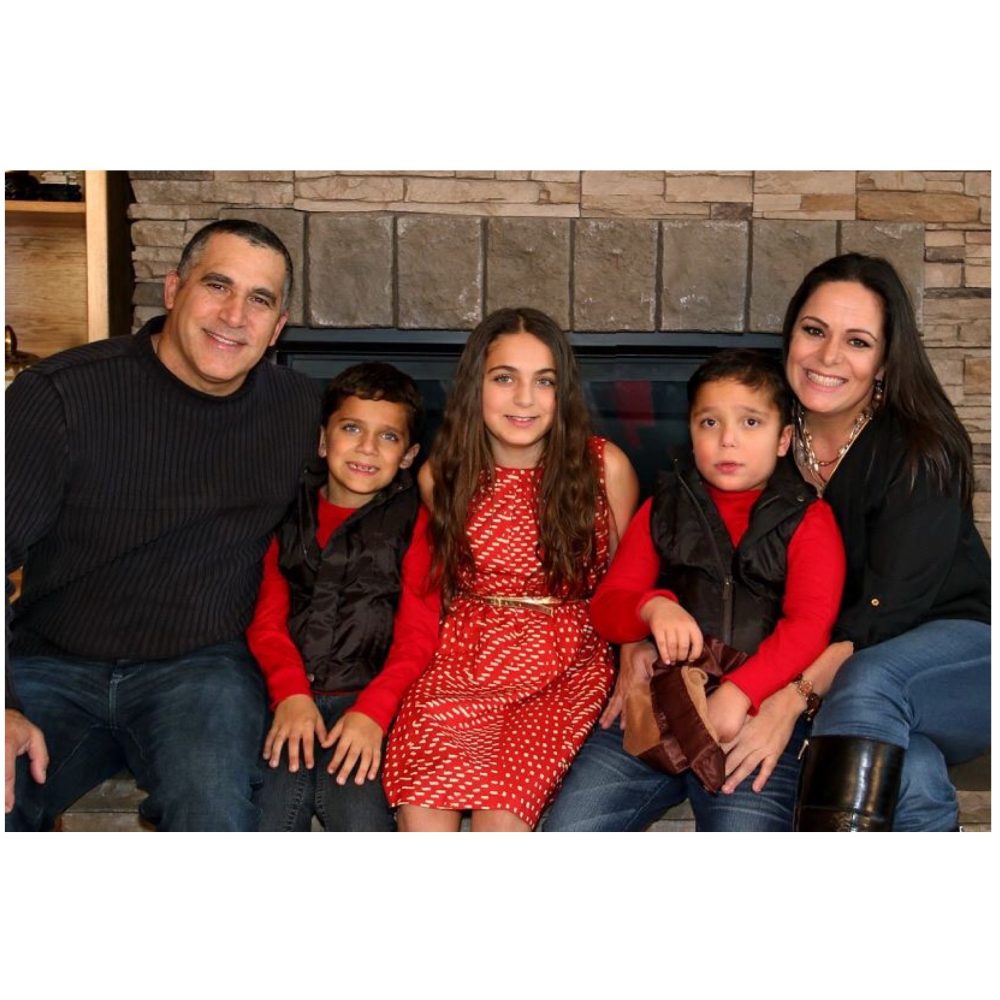 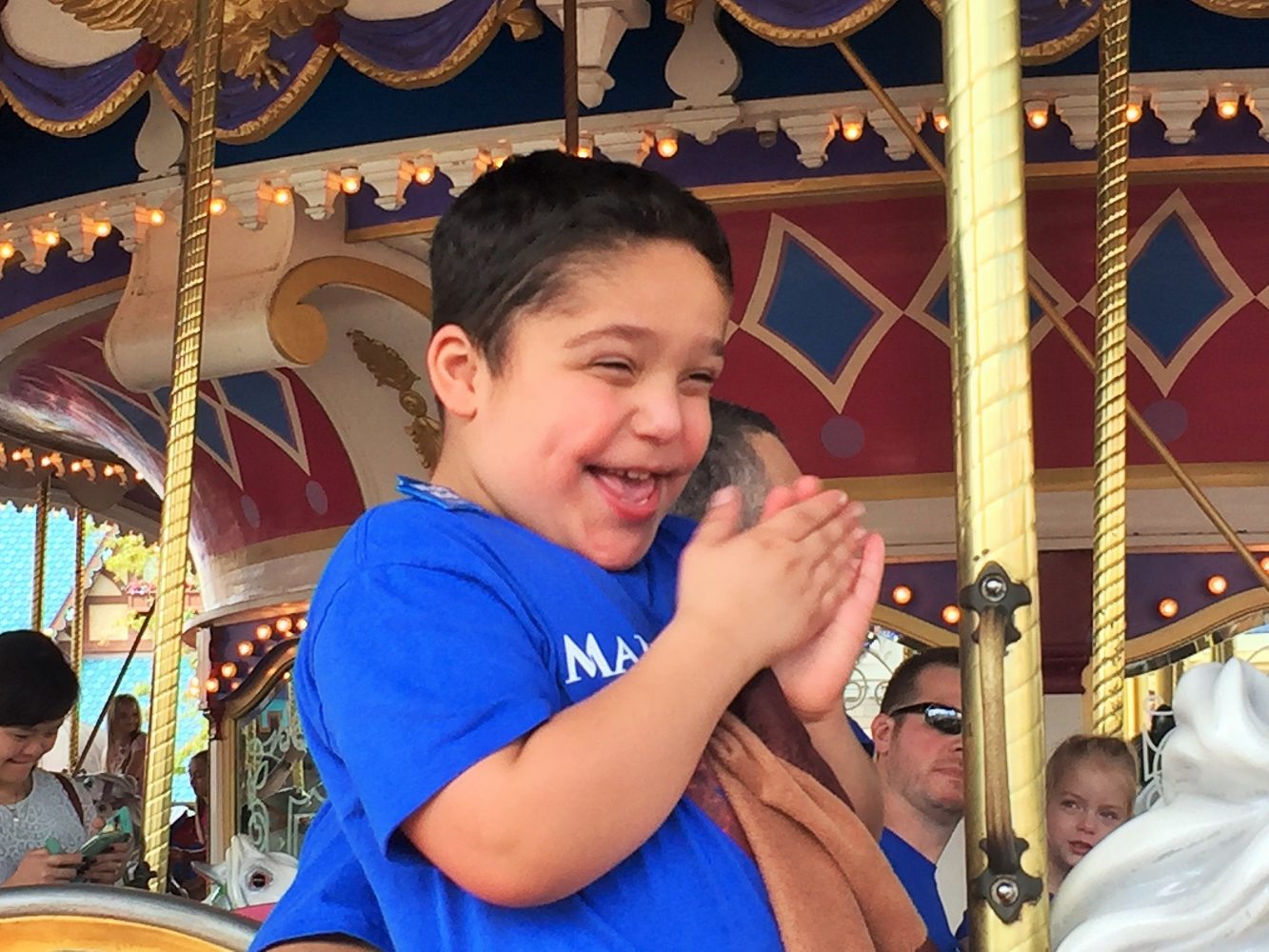 It took six years for Sandra to receive a diagnosis for her son Tony.  He was diagnosed with ADNP syndrome and was the 11th person to be diagnosed.  With little information available, Sandra set out to create more awareness for her son’s extremely rare disability.  Ten years later, she has helped find a genetic file marker for ADNP, started a non-profit organization, and created a Facebook page to help unite parents.

Determined Mom Paves Path for Many Others

When Sandra had her twin boys, they seemed nothing but perfect.  She said, “After a little while, Tony was not keeping his body temperature up and he was not sucking, so they brought him to the NICU.”  It was there at the NICU that they discovered that Tony had four heart defects.

“He had a very large VSD, he had an ASD and he had something called a right aortic arch; which means his arch is going the wrong way in the vascular ring.”  Sandra said. Those heart conditions are usually associated with a disorder known as chromosome 22 deletion. They immediately sent off for testing and anticipated the results.  A few weeks later, the results came back as negative. This led Tony’s parents to believe that his heart defects were an isolated event and not caused by a disorder.

Having twins reveals differences in development

Sandra said, “..what quickly became evident as the boys were growing, was something was off with Tony.  He wasn’t looking at us, he wasn’t playing with toys, he wasn’t hitting any of those developmental milestones like his brother was.”

They hoped that he would eventually catch up to his brother but then they started receiving different diagnoses.  “They told us he had cortical blindness, which doesn’t mean he’s bling, it means his brain wasn’t processing his vision.”

The doctors sent for an MRI to further investigate his cortical blindness.  “That’s when our worst fears were confirmed that something much bigger was wrong with Tony.”  Sandra said. They discovered several brain abnormalities that would lead them to a long and tedious journey.

Sandra said that he had a long list of symptoms that no one was able to tell them what was going on.  Tony was bounced back and forth between different specialists who kept playing the blame game. “..everybody would ping-pong back and forth with the blame game, but no one had any idea of what to do.  That was the most frustrating thing.”

Also known as Helsmoortel-VanDerAa syndrome, it is an extremely rare neurodevelopmental genetic disorder that affects several different systems of the body. Sharing Tony’s symptoms, Sandra said, “He had extra axial fluid and he had poor malnization, cerebral atrophy twice, he has seizures, congenital heart abnormalities, feeding problems, he would aspirate and throw up, he couldn’t chew, he couldn’t swallow, he had a feeding tube, he had global developmental delay, which included gross motor, fine motor, and oral motor.

She continued saying, “He also has autism, severe cognitive and speech delays, his neurological structural and visual impairments, he’s in diapers, and he has sleep problems.”

While most parents receive a feeling of relief in finding a diagnosis for their child, Sandra said that for her, a diagnosis came with more frustration. After getting Tony into every genetic testing available in the country, Sandra finally received a diagnosis for Tony.  The problem was, it didn’t even have a name yet, and there were only 10 other people documented in the world of having it.

Sandra said, “That diagnosis was almost more isolating because Tony was the only child in the U.S. that got diagnosed.” They were given a piece of paper that had little to no information on it.  This proved difficult in knowing what interventions to start Tony with.

Tony’s diagnosis stumped some of the country’s best doctors.  Sandra decided, “I’m going to learn about it, this gene.” After tracking down the other families that had the same diagnosis as Tony, Sandra decided to start a Facebook group to help start sharing information with each other.

After collecting information Sandra decided to compile all of the data on a website.  Sandra said, “I built a website and started putting my statistical data on there and everyone who has since gotten diagnosed, their doctors are directing them to the website.  They were using us for protocol.” Her website is, www.adnpkids.com, where she has a bunch of information for parents.  She wanted to ensure that no family went through the same experience as she did.

This collection of data led Sandra to start working with researchers.  They quickly realized they needed to start a foundation where they could obtain money to conduct further research.  Sandra has been on five medical publications and she helped identify a genetic file marker for ADNP.

81% of children with ADNP have a full set of teeth when they are one year old. This genetic file marker is only common in ADNP, something that Sandra said could help others be diagnosed early in life and receive proper intervention at an earlier age.

Oftentimes children with ADNP syndrome are thought to have Angelman syndrome because they are so happy and cheerful.  Sandra said, “Tony was always a very happy, loving and just a laughing little baby. He still is although he’s very autistic..all these kiddos are extremely hard working.  He’s been doing therapy everyday since he was probably three years old and he does it with a smile on his face. That’s why we call him our superman, he’s a rock star.”