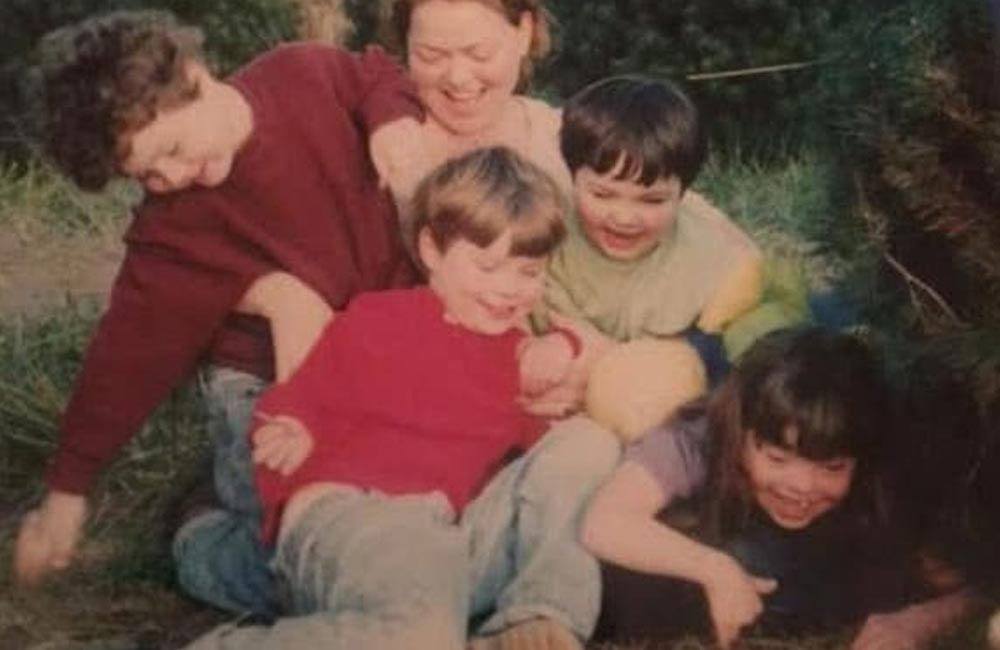 Will is the youngest of four children. His older sister has Down syndrome and he has two brothers on opposite ends of the autism spectrum. This has given him a unique perspective on people with disabilities.

A Sibling Story: A Unique Perspective

“All Three of My Older Siblings Have Disabilities”

Will is the youngest of four children and all three of his older siblings have disabilities. His sister has Down syndrome and he has two brothers with autism, one high functioning and one low functioning. “It was definitely interesting to get that type of perspective growing up,” said Will.

Many children who have siblings with disabilities feel like they are the glass child. “Meaning that we’re fragile like glass but that our parents see right through our needs to directly address the needs of my siblings,” said Will. “That was something that really hit me…realizing that my needs weren’t necessarily addressed because they were so focused on my siblings.”

Will turned to basketball and other recreational activities. “Basketball has taken me where I am today, and I love the game,” said Will. He also enjoys being able to bike with his brother. “I love to bike everywhere. My brother Beret and I would bike pretty much anywhere.”

Will feels like cycling was a great sport for him. “It was not only a great opportunity for me to express myself through that kind of outlet, but also it empowers me and helps empower my siblings as, in ways that I never really could have imagined,” said Will.

“All three of my siblings participated in the Special Olympics growing up, so I had a really close association with them,” said Will. “My brother did track and field, my sister did swimming, and my brother Beret did basketball and swimming. From an early age, I was immersed in sports and the disability community.”

“I Didn’t Really Have a Childhood to a Degree”

Will didn’t realize his family was different until high school, when he became more involved with friends. He noticed his friend’s families and realized his childhood and family were a lot different. “I thought that I didn’t really have a childhood to a degree, because so much of it was focused on taking care of my siblings,” said Will.

“I think the hardest part was in trying to embrace it. What I mean by that is that I always would remember my dad trying to take us to different activities, like a normal family would do, such as going to the zoo,” said Will. He remembers family activities turning to disasters when his brother would try to run away, or people would give their family unkind looks. “That really kind of stuck with me, that people didn’t necessarily understand and were really quick to judge,” said Will.

Will tried not to associate with his family during these outings. “I would walk behind them because I wouldn’t really know what to do,” said Will. “I would try to help handle the situation if my dad asked me, but to a degree, it was more like I was embarrassed.”

As Will started getting older he realized the importance of helping his siblings succeed by helping them be in the right environment. “They had a different way of thinking of things,” said Will.

Their Successes Have Brought a lot of Joy to Their Family

Will describes feeling joy when he sees his siblings succeed. “Whenever they accomplish something great, like graduating from the Special School District or accomplishing the goal of being a part of the Special Olympics, you could see how much joy it brought,” said Will.

His sister works in a sheltered workshop and is involved in a dance program. She currently has a boyfriend. “Probably one of the best moments I’ve experienced is when she met her boyfriend, who also has Down syndrome. They’ve been dating for five years which is absolutely incredible,” said Will. “They’re the cutest couple which is so nice to see. And, seeing the genuine love and affection they have for each other has had an impact on all of us.”

His brothers are able to live independently with assistance. One of them even saved up money to buy a car and got a driver’s license. “It’s a testament to what I was saying before, that it’s mainly about the environment that you put them in,” said Will. “I guess that was the biggest joy that I’ve had with my brother.

“It’s the little victories with my sister, it’s the victories that I see with my brother…, and then it’s the amazing growth that my brother has experienced growing and learning these independent skills and really becoming a functioning member of society,” said Will. “I’ve seen those joys through three different avenues, and if anything, it has given me a lot of perspective as to what I should appreciate in this life.”

“I Wouldn’t Trade it for Anything in the World”

Will feels like his childhood has helped him become the person he is today. “I wouldn’t trade it. I really wouldn’t, because even though it was a tough childhood, it really shaped me by giving me that perspective in terms of what I really wanted to do with my life,” said Will. “Those are the kind of things that I think about in terms of life growth and development as a person.”

“The way that I was raised allowed me to understand where everybody is coming from. It has given me a sense of knowing my place in life, because of how I was raised,” said Will.