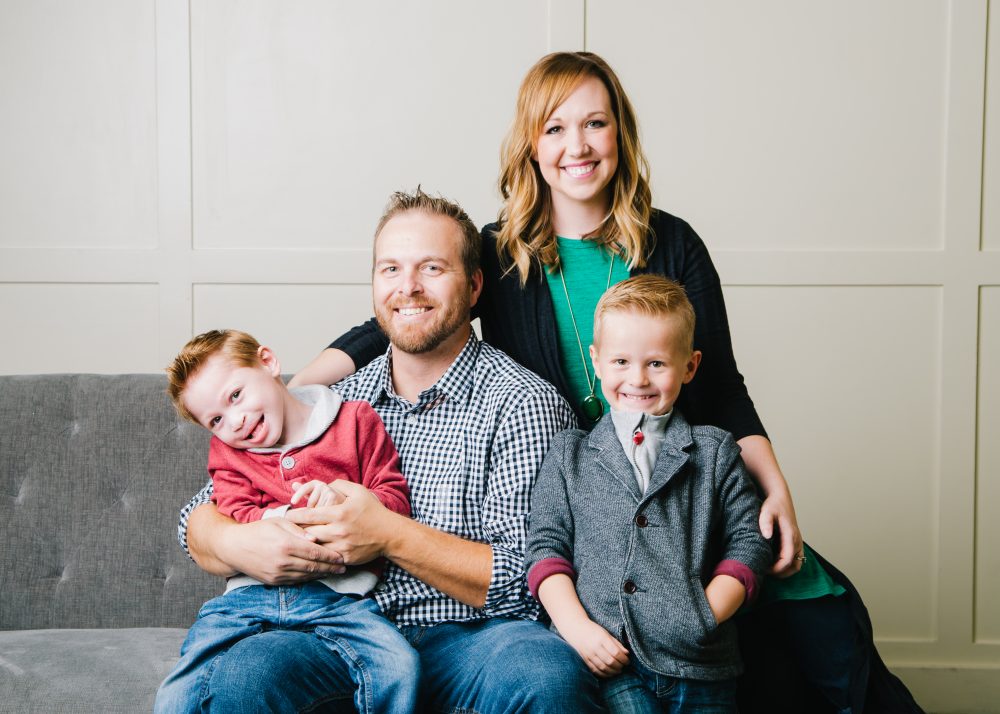 After struggling to get pregnant, Traci and Mike were very excited when they found out they were expecting twin boys.  During one of their ultrasound they found some abnormalities in one of the twin’s brains. They also found a cleft palate and cleft lip.  Unsure how the other twin was affected, they were encouraged to abort both babies. Five years later they share the struggles and joys of raising a child with semilobar holoprosencephaly.

One of the Twins has Abnormalities

Traci shared, “When we got pregnant, we found out we were going to have twins, so naturally we were being watched a little bit more closely..at 14 weeks, we found out what we were having, and at 16 weeks, we went back just because they wanted us to come back every couple of weeks.”

It was during that ultrasound that they discovered that one of the twins had some abnormalities.  The sonographer left the room to go grab the doctor. Traci said, “I looked at Mike and just started crying because obviously something was wrong.  It was a while before the doctor came in to talk to us, and explained that they thought he had agenesis of the corpus callosum..and they also saw the cleft palate and the cleft lip.”

Not Being Able to Pronounce Your Son’s Diagnosis

Their doctor referred them to a specialist who confirmed that it might be agenesis of the corpus callosum.  Traci then recalled him talking about a selective birth and other abortion options. She thought, “Why are you even talking about these things..I have another baby in there, and as far as we know, he is completely healthy, so why are we even talking about this?”

After declining an abortion, Traci said that they started talking about different disorders that their baby could have.  Traci said, “Then that’s when they came in and shared this huge word with us, and started talking about it, and all I remember really is asking, ‘Will someone write down this word? I have no idea what you even said to me, and if I can’t even pronounce what my child has, how am I going to be able to comprehend it all?’”

They were offered to do genetic testing but declined.  They felt that it might increase risk to both babies’ lives.  The results of the testing would only give them knowledge, not change their decision or situation.  They decided to do the testing after he was born.

For Liam, having semilobar holoprosencephaly, meant that he was born with a severe bilateral cleft lip, developmental and intellectual delays.  Traci said, “Liam doesn’t take any food by mouth, so he has a feeding pump..he’s non-verbal..it’s like caring for a baby, honestly. Honestly, he’s a five-year old kind of baby, and in a sense, caring for a baby is similar to caring for him.”

The First Years were the Hardest

The amount of care that Liam requires can be exhausting.  However, Liam is a twin. Traci and Mike were exhausted from having twins, especially Liam.  Mike said, “When he was young, he would not sleep unless he was being held, and not only held, but bounced.  My wife and I would take shifts..so that was a big challenge.”

For Traci, she said she finds challenges in knowing what Liam wants.  Being non-verbal, they feel like they are playing a guessing game in knowing how to help Liam. “Is he hungry?  Does he just want to be held? Does he want to be moved? Does he want to play? Is he bored or is he over-stimulated?” These are some of the questions Traci and Mike find themselves asking.

Impact Liam has had on Their Family

For Logan, their other son, Traci said, “Lots of people come up to me and say, ‘Oh my gosh, I have tears in my eyes just watching your boys.’ because there is just this special bond and spirit and feeling to be around them.”  Liam and Logan look out for each other and Traci and Mike have enjoyed seeing their special relationship form over the years.

No Two Kids are the Same

Just like any typical child, no two are the same.  Traci said, “There are so many different scenarios because it’s with their brain, so I would tell someone that as you’re a parent, you’re going to get to experience their journey, and it’s a personal journey for them.  Give them that chance..people can see him as my greatest trial, but it’s a trial that brings me happiness every single day.”

Mike added, “There will be hard times, but there will be very happy times, and as joyous times as a typical child..he was the hard one, and now he is the easy one.  He’s not sassy and doesn’t talk back or think he’s in charge.”

Just like many other parents have advised, Mike added, “..don’t look up images on the internet as it will scare you.”