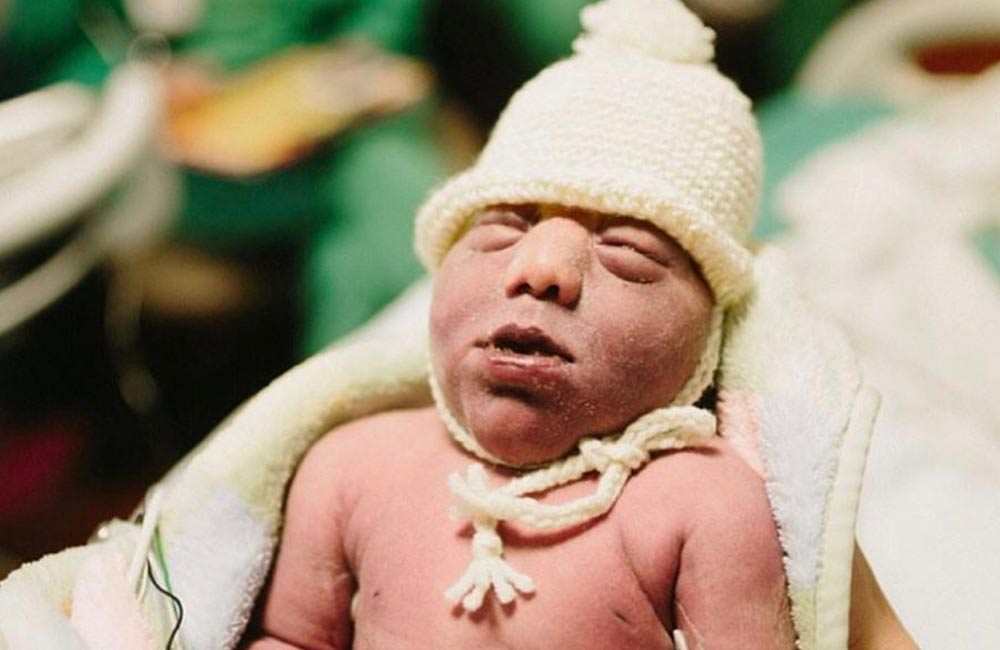 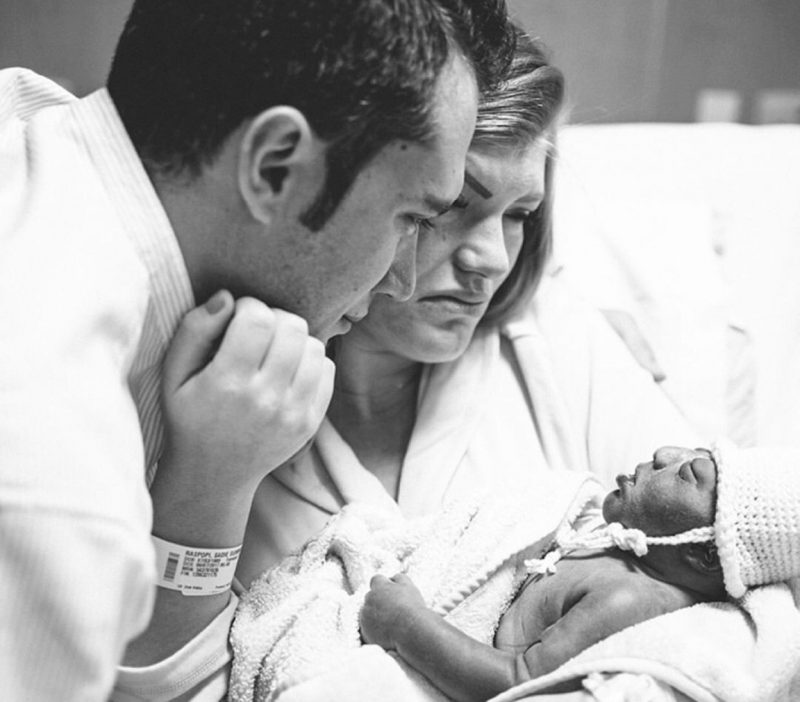 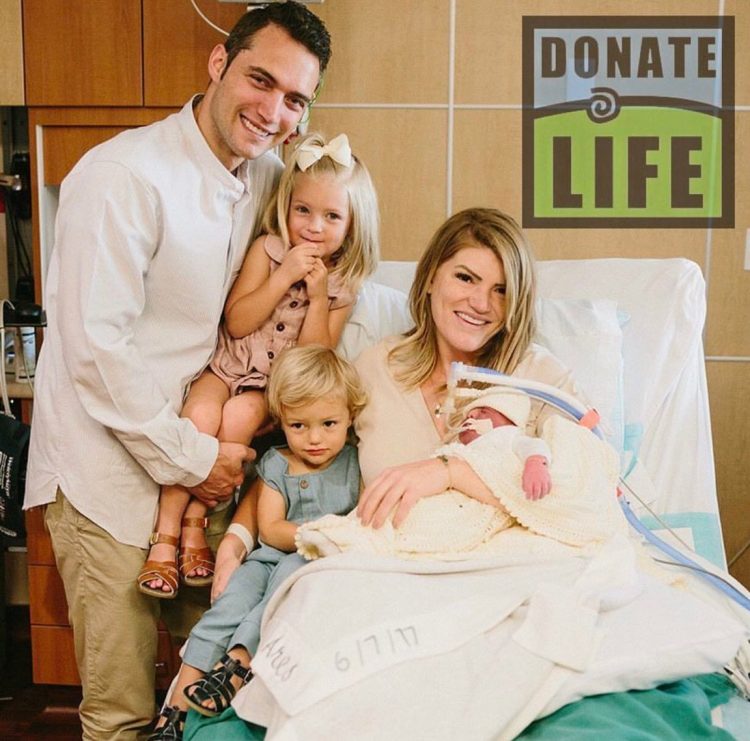 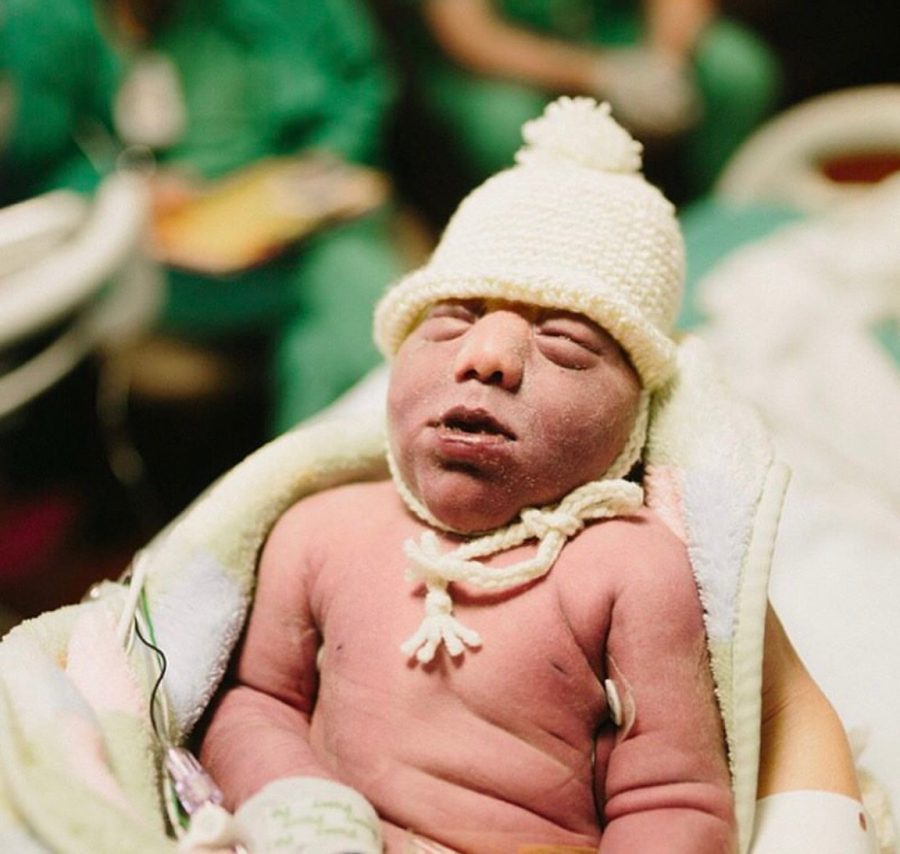 Summer found out during an ultrasound at 20 weeks gestation that her son, Aires, had anencephaly and if he made it to term and was born, he would only live a few hours. Summer and her husband opted to have their son and to cherish him for as long as he lived.

Anencephaly: A Journey of Love

The doctor came in and his eyes were full of tears

Summer had taken her two other children with her to her ultrasound appointment with plans to do something fun together afterward. She had told her husband not to go to the appointment because she didn’t want to know the gender of the baby and she knew he would figure it out looking at the ultrasound.

“I was sitting alone, not sure what to do or think or say, and the doctor came in after my ultrasound tech did a very thorough check of the baby…The doctor came in, and his eyes were full of tears, and he said, ‘I think you need to go see our specialty neonatologist. It looks like your baby might have a severe brain defect, missing a severe portion of his brain.’ I fell apart,” said Summer.

The doctors called her husband immediately and told him that they had found a problem with the baby and that he needed to come right away. When her husband arrived, they drove to the specialist. “He didn’t even need us to come because he saw from the images that were sent over definitely what the diagnosis was. He didn’t have a doubt in his mind what it was,” said Summer.

“My husband was trying to figure out what we could do to fix it, it’s like a man to want to fix it,” said Summer. “He asked what surgeries need to be done, how can we build him a brain? It’s 2017, so let’s do this.” The doctor told them there was nothing they could do. “The doctor said, ‘This what’s going to happen, he’s not going to make it, regardless of how long you’re going to keep him in utero,’” said Summer.

The doctor gave them three options: Summer could be admitted immediately and have an abortion, she could go home and come back later for an abortion or she could carry the baby to full term. “I remember I didn’t feel like I was speaking for myself because without even thinking I said, ‘No, we carry full term.’ I knew right away that we were going to do this, we were going to full term,” said Summer.

During the same interview Summer asked about the possibility of organ donation. “When I say I didn’t even think it was me speaking, I mean what kind of mom, who’s falling apart, can even talk about that within minutes of finding out? I think it’s interesting that from the beginning this is what Aires wanted. He wanted to be a donor, and he wanted to give what he could in his little life,” Said Summer. “Our pregnancy definitely gave us more enlightenment into who he is, and he wanted to give all he could in his short amount of time.”

“The day of his birth was literally just a piece of heaven. He was born via C-section. We opted that way to hopefully ensure that we had a little bit more time with him and didn’t stress him out through the canal,” said Summer. “I remember that I was very relaxed and ready to meet him. I didn’t want the pregnancy to be over.”

Summer had had a difficult pregnancy and was put on bedrest the last part of her pregnancy. She felt that gave her time to bond with Aires and to get to know him. “There was a lot of anxiety in the days leading up to delivery but every day in the last week or so, that got closer, I was excited to get to meet him. I felt like I knew him so well since I had all that time sitting on my couch alone, day after day on bed rest,” said Summer.

Aires was born and lived 6 1/2 hours. He was intubated in hopes of being able to donate his organs, and to give the family more time with him but after one hour they had the tube removed. “We pulled the tube after an hour so that we had for sure that one hour to love on him and kiss on him,” said Summer.

After the tube was removed, they expected Aires to pass quickly so they had their family leave the room so they could have time alone with him. But Aires had other plans. “We were holding him and loving him, and one by one, my three sisters, my parents, my husband’s sister, and his parents filed in and everyone said, “Just one more kiss. I just want to touch him one more time,” said Summer. “By the time everyone had filed in, we were all there, and he took his last breath after fighting for 5 1/2 hours by himself. It was beautiful, like being with your family in heaven.”

“It was so beautiful that he did that for us, because we all needed that time with him. Our families are close to us, and this was just as difficult on them as it was on us, so to have us all in there, we couldn’t have asked for a better day,” said Summer. “It was literally the best day of my life.”

Donating your baby’s organs after they pass away

“He was able to donate lungs, pancreas, corneas and heart valves, and that’s a lot for a newborn baby,” said Summer. “People think they can donate everything and save all these babies, but really their little organs are so tiny that there is only so much that they can actually donate to another baby.” Some of Aires’ heart valves also went to medical research.

The family had also wanted to donate his kidneys, but they weren’t able to. “Come to find out, his kidney vessels were in a completely different spot. There’s something about the neuro tube developing when the kidney vessels develop, and his neuro vessels didn’t develop correctly,” said Summer.

“He changed our lives and so many other lives, including people who have stayed close to his story and family members,” said Summer. “It has changed a lot of lives, but the grieving process is real.” There are 5 different stages of grief and Summer said their family went through all of the stages.

Summer describes wanting to wake up with her newborn at night and wanting her son alive and at their home, but also knows that was not to be. “I would not have this situation any other way,” she said. “It has affected my family and taught my four-year old, and two-year old about death and afterlife. I’ve had to teach them and have conversations with them that I never would have had had this not happened, and their insight is way beyond their years.”

They have been comforted by their children as they have dealt with this loss. “It’s just so spiritual and beautiful, and the things that they have said as babies themselves is just heavenly,” said Summer. “It’s the most beautiful feeling, so it has affected our family and our extended family in such a beautiful way.”

Even though this was a difficult road for them to have traveled on, Summer was glad she carried Aires to full term. “I would do it over and over and over again. It was a difficult nine months, but those following days in the hospital would make it worth it in itself,” said Summer. She spent time with him after he had died too. “I bonded with that baby inside and outside, and I continue to bond with him spiritually. I write down my thoughts, documenting everything I can, because I don’t want to forget, and I don’t want my children to forget. I don’t want my husband to forget.”

She feels sad sometimes and recognizes that this is a hard situation to deal with. “I want to feel sad over his loss, but I also want to feel happy over the gain of the angel that I have following me all the time. I want to go through life teaching my children that we are so lucky to have this angel,” said Summer.

“It is worth the sacrifice and the heartache, because you will have way more loving, beautiful, happy days than you will have dark ones,” said Summer.