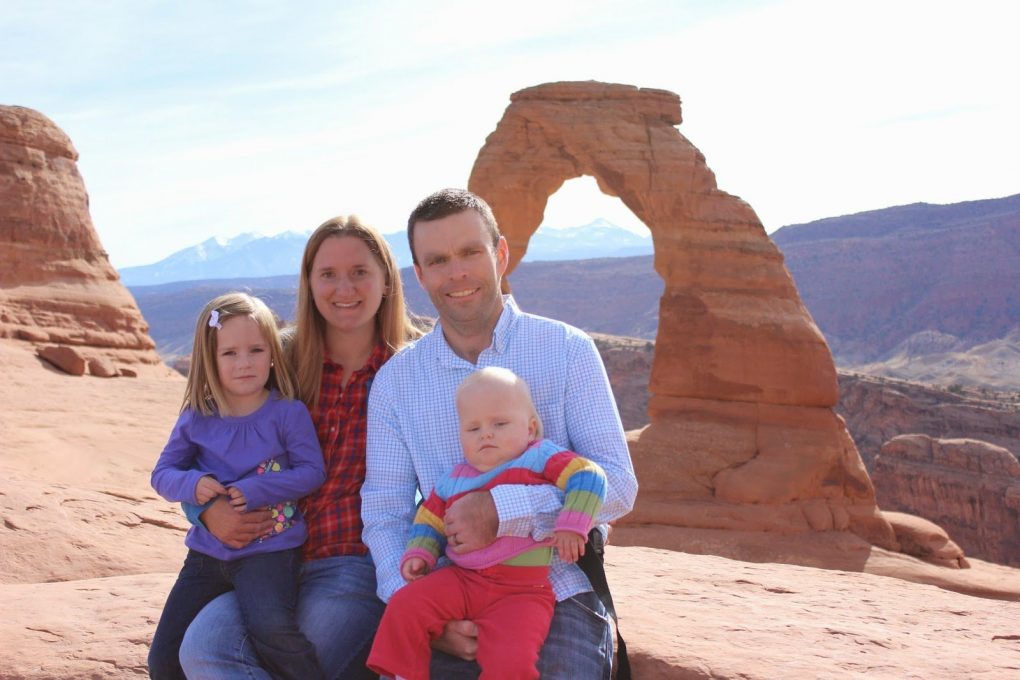 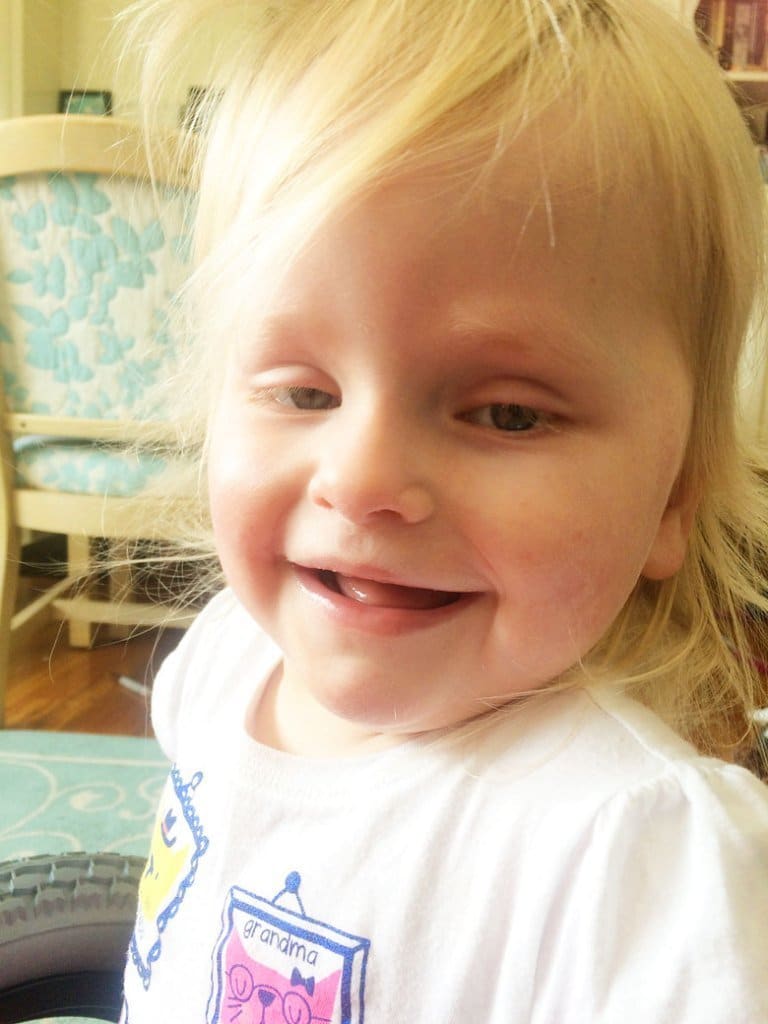 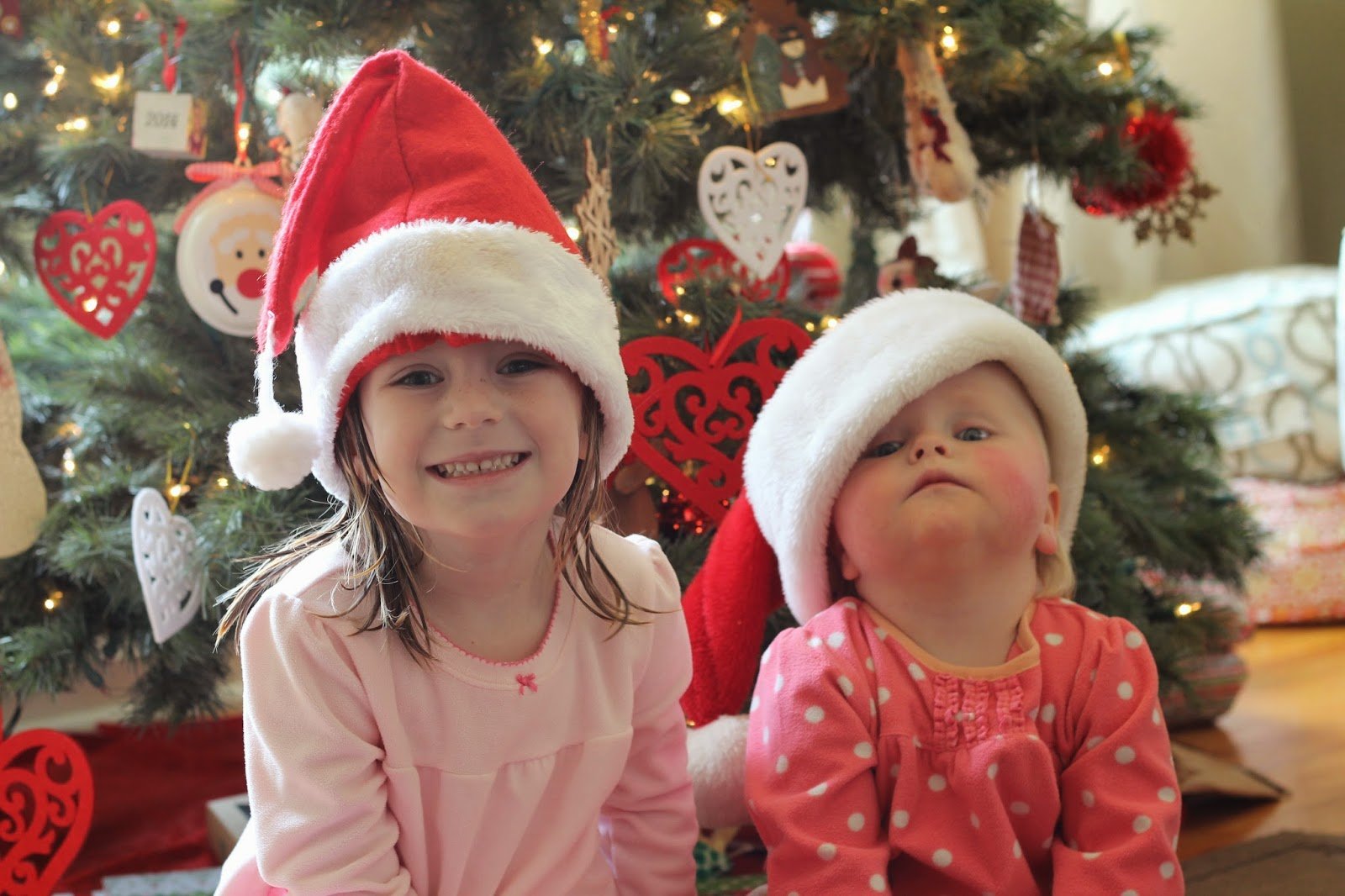 Potocki-Shaffer syndrome is an extremely rare genetic disorder.  So rare in fact that only a handful of people have been diagnosed with it.  Betty, a sweet four year old, is one of those people. Her mom Sarah shared what life has been like so far caring for Betty and the challenges and joys of having her in her life.

Children are More Than a Stack of Symptoms

Thinking Everything is Normal

At the 20-week ultrasound, Sarah was told there were a few red flags with her baby.  Their doctor referred them to maternal fetal medicine where they ran additional tests. After a level two ultrasound and blood work she was told, “..your baby looks great, like no worries.  Just enjoy the rest of your pregnancy.”

Sarah continued on with her pregnancy thinking everything was normal with her daughter.  “When she was born, we noticed she was different from our first daughter.” said Sarah. Before she was born, they had been told that each baby was different and to not compare her to her sister.  However, as time went on, Sarah became more concerned with her development.

There were a few concerns Sarah discussed with Betty’s pediatrician at her two month check up.  “One thing that she had was a hernia..she also had a weird choking, coughing, gagging thing she would do.  She wasn’t smiling and she wasn’t looking at us.” Sarah said.

Thinking the hernia was a big concern, they were shocked when the pediatrician said, “This little hernia looks like a big deal but it is the least of your concerns.”  At the top of the early intervention pamphlet he gave them, he wrote ‘global developmental delays’. Something Sarah questioned, “How could she be globally delayed at this point already?”

No Answers After Months of Testing

Early intervention was helping Betty progress, however, her progression was very slow.  This led Sarah to question if there was more going on. Their pediatrician referred them to several specialists who ran an array of tests.  Betty received a CAT scan, MRI, chest x-ray, and several others. To their disappointment, everything came back normal.

Sarah was becoming desperate for answers. She said, “We felt that we were dealing with a potentially really scary thing..Part of that just made everyday harder because any time she would get a little rash or have a new cough of something, we were like, ‘Oh no, is this the beginning of a manifestation of some huge thing that we just haven’t discovered yet?’”.

Not wanting to pay out of pocket for genetic testing, Sarah and her husband waited until the insurance would cover it.  Finally after a geneticist requested testing, their insurance agreed to pay for it.

Feeling Indifferent Towards the Diagnosis

After searching and waiting for an answer to why Betty was struggling, Sarah said she wasn’t that relieved when they finally received a diagnosis.  Betty is missing part of her 11th chromosome which is associated with Potocki-Shaffer syndrome.

“Before she was diagnosed, I was desperate to have a diagnosis.  I thought if we find out what it is, then we’ll have an action plan, a road map.  We’ll know what to expect; we’ll know what to do to help her. That just wasn’t the care because it’s so rare with such a huge spectrum of outcomes that really we just had a name for it, but we had no other information.”

How rare was her diagnosis? At the time she was diagnosed, there were only four other known cases in the world.  Only one clinical study had been done on the syndrome and all Sarah was given was a six page report.

Despite not finding a diagnosis helpful from a medical standpoint, Sarah was able to find comfort in connecting with parents through Facebook.  She said, “That was the biggest thing for us, just knowing people who understood and who could help us know what to expect, what they had dealt with and what life was like with their children.”

This disorder affects the development of bones, nerve cells in the brain and other tissues.  Most people with Potocki-Shaffer syndrome have several noncancerous bone tumors. There is a wide spectrum of symptoms related to Potocki-Shaffer syndrome.  Most individuals have an intellectual disability, delayed speech, motor skills and social skills.

In addition to having Potocki-Shaffer syndrome, Betty also has a sensory processing disorder. More specifically, she has a hard time dealing with noise.  This makes everyday life very challenging.

The Joy of Raising a Child with Disabilities

Sarah recognizes that there have been several challenges in raising Betty.  However, she also realizes the great joy and impact she has on her family. She said, “She has such a sweet personality and spirit, and we just love her.  She brings so much joy.”

At two or three months old, Betty’s pediatrician gave Sarah incredible advice.  He told her to not let Betty become just a stack of symptoms. Betty was their beautiful daughter and they needed to go home and love her.  Something Sarah said they have done and that she couldn’t imagine Betty any other way.