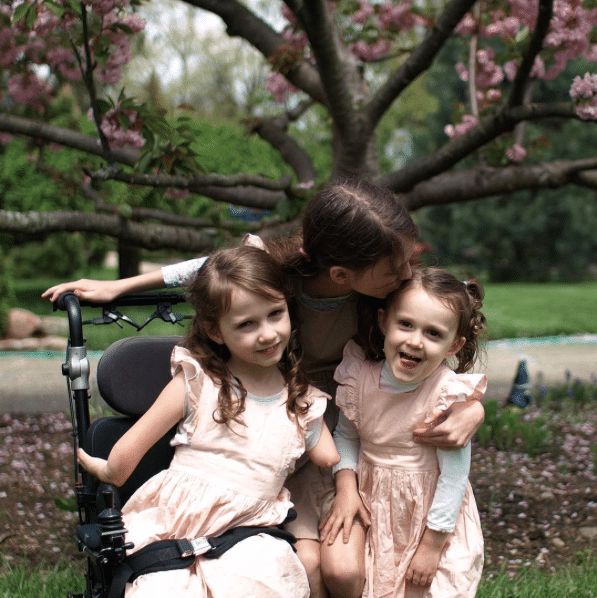 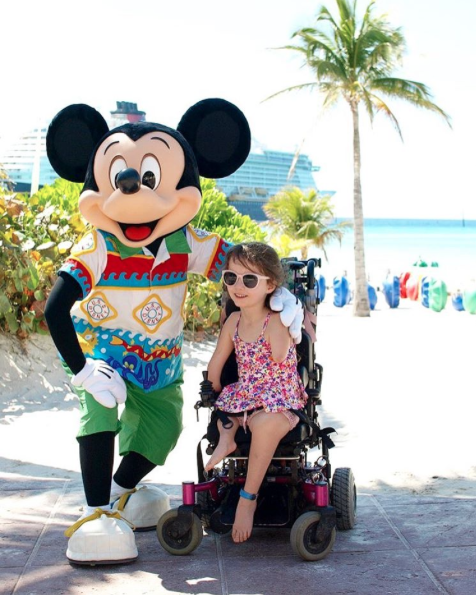 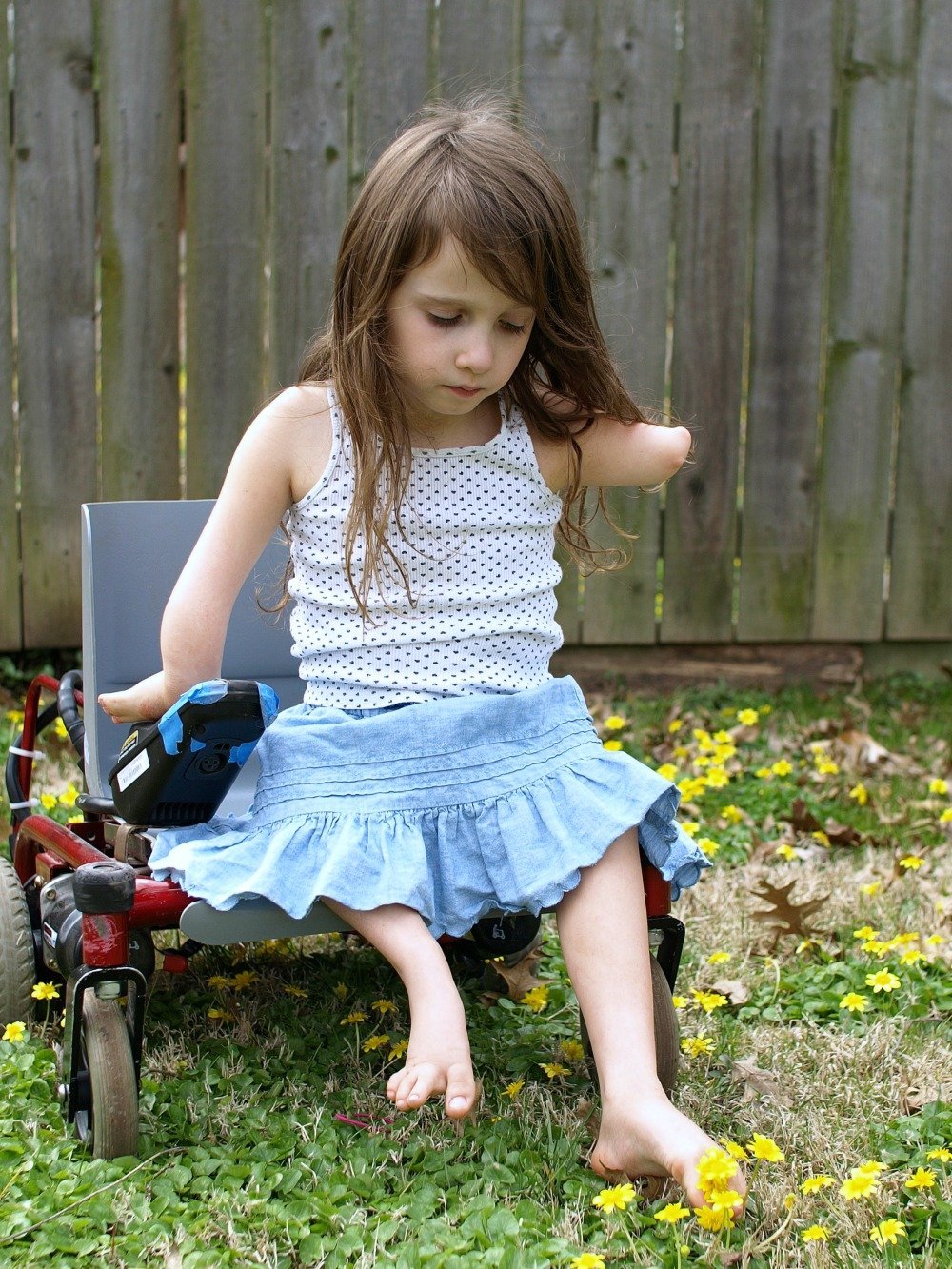 Lamp was diagnosed with microgastria limb reduction complex that affected all four limbs when her mom, Miggy, went in for her 18-week ultrasound. Shocked by the unexpected news, Miggy and her husband were devastated.  Now seven years later, they realize how lucky they are and how much joy Lamp has brought into their lives.

Journey from fear to love

An unexpected punch to the gut

Hoping to find out she was expecting another girl at her 18-week ultrasound, Miggy excitedly went to her appointment.  She was there with her husband and her three-year-old daughter. When the ultrasound tech started acting weird, they knew something was wrong.

Miggy recalled, “..the doctor came in, and we asked, ‘Is everything okay?’ He said, ‘No, no..while her head, heart, spine and lungs look fine, all of her limbs are misshapen, deformed or in some cases, missing bones all together.’  That was like a punch to the gut.” Her doctor continued to talk, saying possible diagnoses, but Miggy felt like his words were water in her head and she was sputtering unable to catch her breath.

Left with a series of unknowns

Their doctors advised them to see a specialist ASAP.  “The biggest thing was that it was such an unknown. Is this condition compatible with life?  Is it not? Is she going to live? Is this fatal? There was just a huge unknown for what it meant.” said Miggy.

The first thing Miggy and her husband did was cry.  She said that they mourned very hard for the first 24 hours.  After calling some family and friends, they had some friends from their local church come over.  Miggy said, “They came and gave us a blessing, and we talked with them, and we just prayed. I will say that we felt a lot of peace right away.”

Specialists are left not knowing

The following week they went to the children’s hospital.  Miggy called the appointments with the specialists “sobering events.”  She explained that while these five men have several decades of experience between them, none of them had seen a case like hers.

Miggy was handed a paper that had their ‘best-guess’ diagnosis on it.  After looking it over for a few minutes, she handed it back and said, “That’s not her,”  Deep down she knew that wasn’t the diagnosis for Lamp. They continued on with the pregnancy, seeing the doctor every week for monitoring.

Finding out her actual diagnosis

Up until she was born, there were many unknowns surrounding Lamp’s limb differences.  They expected there to be several complex issues related to her limb difference. To their surprise, she had no other medical complications.  As soon as Miggy saw Lamp she said, “She’s perfect.” Miggy and her husband both knew that she was theirs, they just loved her.

Lamp was diagnosed with microgastria limb reduction.  Miggy explained, “She has a wheelchair..she is missing most of her left arm.  Her right arm is also much shorter; it stops where a typical elbow would stop.  She doesn’t have fully formed hands. She has a hand that has three fingers all fused together.  Her legs are shorter and are different lengths.”

Miggy has a blog called, thislittlemiggy.com where she documents the joys of having a daughter with a disability.  She shared some of the joys by saying, “The joy is that you love her as much as you do the rest of your kids..she is such a naturally happy and joyful kid, and she always has been..she is funny and bright..she is a joy to raise on every level.”

Now looking back, Miggy says she is grateful for their terrible grim ultrasound where they first found out about Lamp. She said she was happy she received the information up front and was able to prepare for it.  However, she said that even though it showed what her disability would be “it was so inadequate in telling us the picture of who she is.”

Lamp has been able to thrive with her limb differences.  Miggy shared, “She writes with her feet, and she can feed herself with her feet.  Her feet are her hands.” In fact Lamp is so good at writing with her feet, her school can no longer justify offering occupational therapy anymore. She writes at the same level as her peers.

Proving that she is differently abled and isn’t going to let anything stop her.  Miggy said, “I really do see through her what humans are capable of, and I feel like I see ability and possibility whereas before, I really did just see disability.”