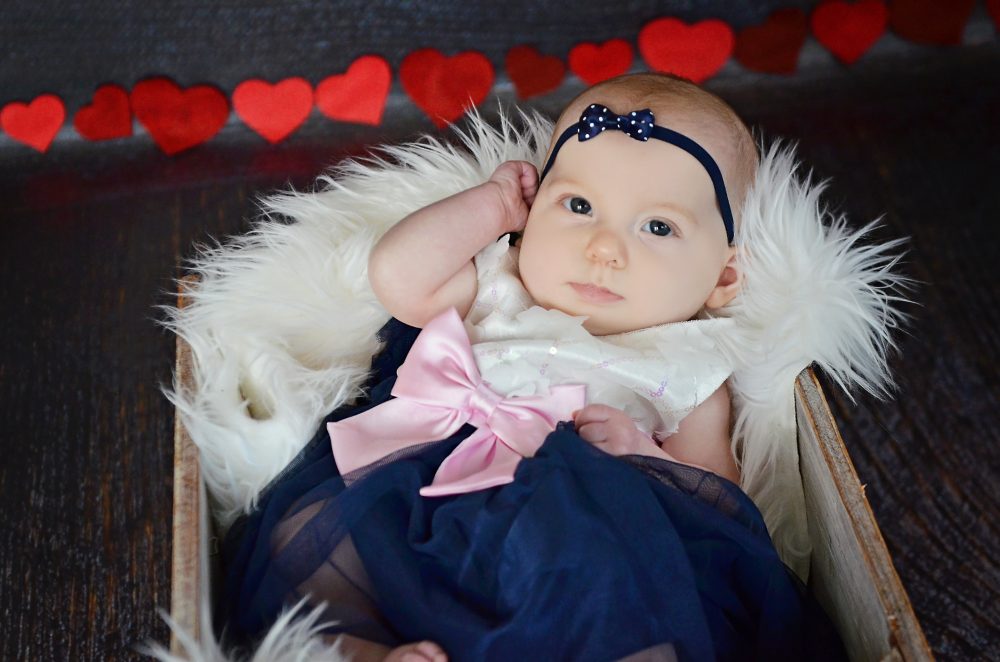 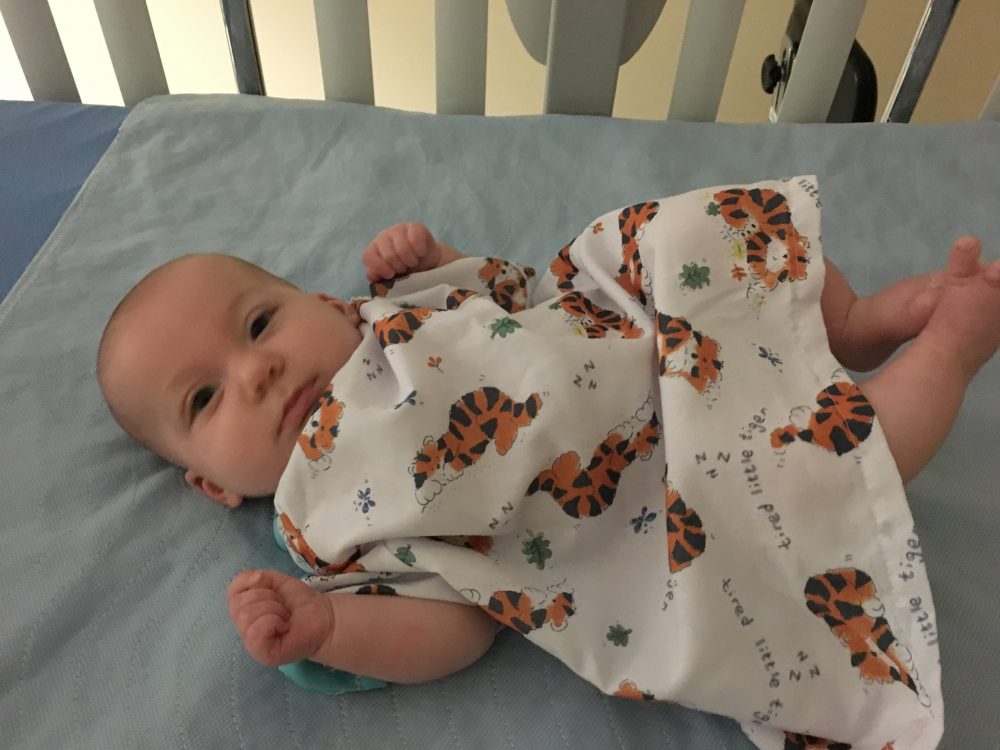 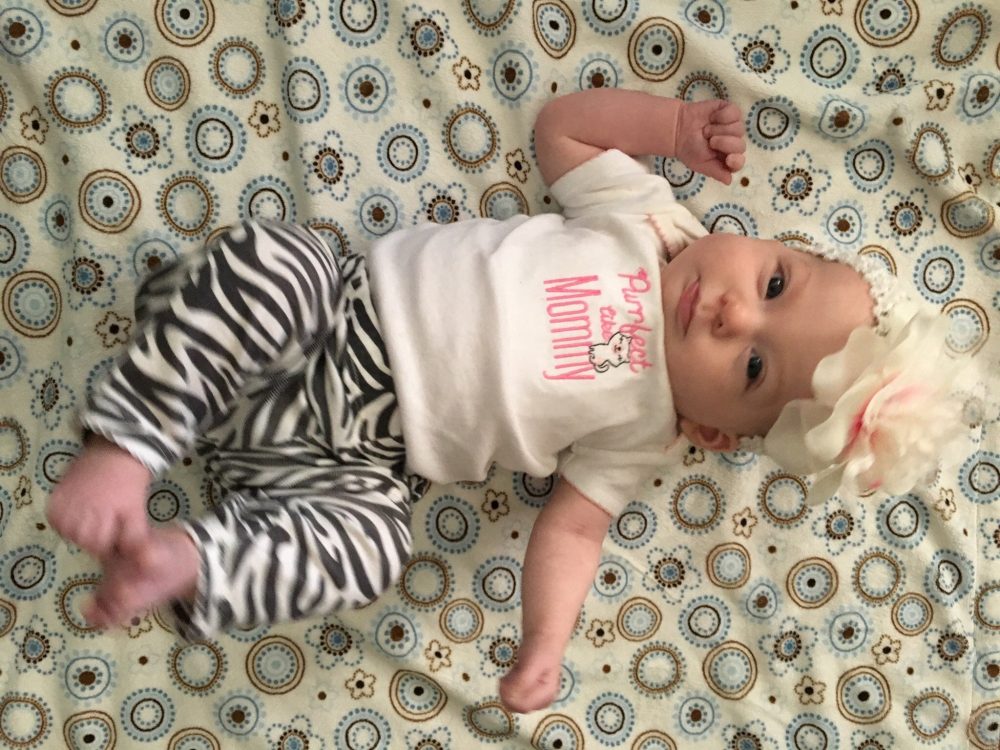 Jessica and her husband were shocked to learn that their daughter, Eliana, was born with a cleft palate.  A few days later they discovered she had some other abnormalities. She was diagnosed with Pierre Robin sequence.

Jessica required a c-section for the birth of Eliana.  After she was born, the nurses were examining her and discovered she had a cleft palate.  Jessica recalled, “One of the nurses came over to me because I was still on the operating table, and she said, ‘I just wanted to let you know that she is looking good, but she does have a cleft palate.’ I was trying to not be emotional and trying to be reserved, so I said, ‘okay’.”

“Finally they finished her up and brought her over to me and laid her on my chest..I looked at her and thought she looked completely normal because when I heard cleft palate, my first thought was cleft lip.”

The difference between cleft palate and cleft lip

When a child is born with a cleft palate they have a split or opening in the roof of the mouth.  A cleft lip is when there is an opening or split to the lip, nose, and the upper jaw. It is possible to have both a cleft lip and palate or just a cleft lip or cleft palate.

Day three is when doctors realized there was more going on

It wasn’t until Eliana was three days old when they realized there was more going on.  At first they thought she had a cleft palate and a recessed chin. However, while Eliana was in the NICU she had major breathing issues.

Her recessed chin was causing her tongue to fall backwards and block her airway.  Eliana was transferred to a hospital that could better suit her needs. Jessica said, “That’s when the doctor started talking to us about the Pierre Robin, and what she eventually had was a mandibular distraction.”

Jessica shared Eliana’s experience saying, “At two-weeks-old, she had a mandibular distraction where they actually broke her jaw and put in distractors that help move the jaw forward in tiny tiny movements.  She had these little screws that would stick out behind her ears and twice a day at 7 am and 7 pm, they would turn them just a tiny bit, which would move her jaw a tiny bit forward.”

“It took them about a month, but they moved her jaw forward to the point where her tongue wasn’t falling back. I remember..for the first time I saw her tongue past her gum line, and I was just shocked.  Before it was so far back there, it would only be if she was crying and have her mouth wide open that you could see her tongue.”

Eliana’s case was an isolated event.  Meaning that the cause of her disability was random and not genetic.  The doctors were able to determine why she had a cleft palate. Since her chin was recessed, her tongue sat at the roof of her mouth as her palate was forming.  Her cleft palate is a U-shaped vs the typical V-shape.

Jessica said, “You’ll hear it referred to as Pierre Robin Sequence, because it is a sequence of events: your chin doesn’t go forward, so then you get the cleft palate”

Worrying about the future

Jessica shared some of her thoughts while she was in the hospital recovering.  She said, “I worried about her getting older and dating, and was she going to find a spouse to love you despite this..you worry about her in grade school, what will other kids say”

“But sometimes as kids like her get older, their chin doesn’t grow at the same rate as the rest of the facial features, so sometimes they have to have another mandibular distraction..am I going to have to go through this process with my nine-year-old who is going to understand and remember the pain that she is going through? There are still some of those worries.”

Like most of the parents we interview, Jessica’s advice to parents with a new diagnosis is, “Take it one day at a time.  When you start trying to worry too far ahead, you get yourself into a worry rut.”

She also gave amazing advice saying, “Start a binder with all of their paperwork in it, keeping track of everything, because every new person and new doctors is going to want to know specifically dates and who said what..at every doctor’s appointment, they ask me a questions and then they are so happy that I have a binder, so the doctors appreciate it too.”

“Be strong for them”

Jessica shared a powerful last thought.  Saying, “You just love them, and you’re there for them, and I think at the end of the day, when children know that they are loved and being cared for, that’s the most important thing.  You hold them when nights are rough and they are crying because they are in pain and your just there for them”

“Whatever happens, you just bear as much of the burden as you can, and you be strong for them, push them through it, and reach out and get support when you need it.”