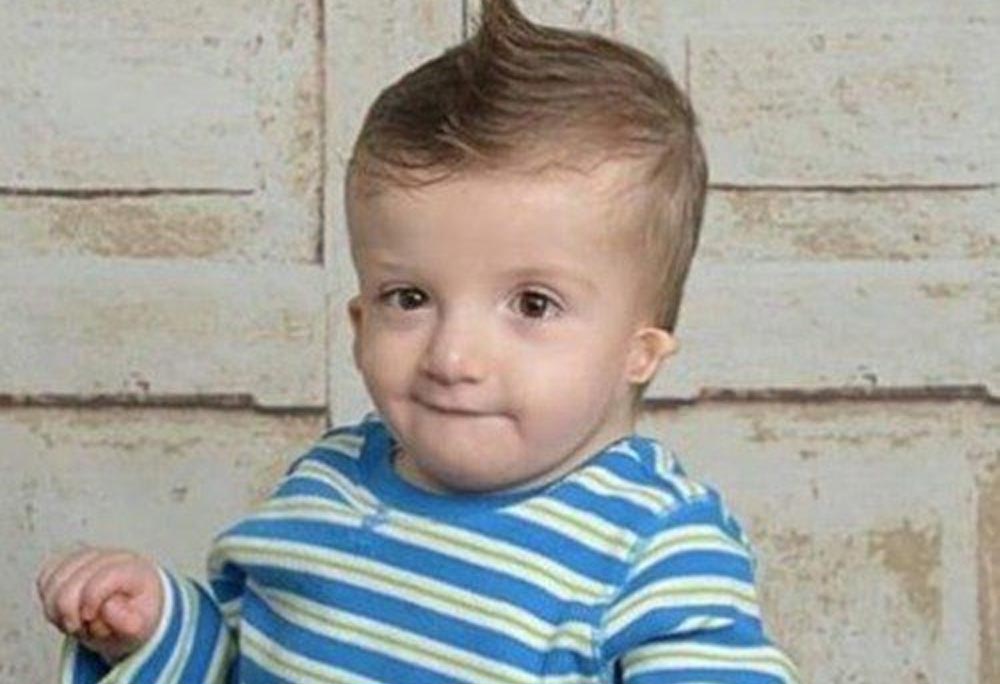 Jen and John were encouraged by medical professionals to abort Jackson after he was diagnosed with encephalocele.  They chose to carry him to term and thrilled they did. Jackson is now a thriving two year old who is proving doctors don’t always know best.

The worst birthday ever

Jen and John went in for an ultrasound on John’s birthday.  After the ultrasound tech was acting weird Jen recalled, “I just kept asking ‘is everything okay?’ She was acting quiet and just kept saying ‘The doctor will come in and talk to you.’..Then the doctor came in..he pretty much drew out the picture and told us that if we did continue our pregnancy, our baby would either terminate itself and not go to full-term, or he would have no quality of life if we continued.”

John added, “That was tough with everything going on and every doctor saying ‘Oh you should terminate your pregnancy’ it was kind of a tough thing because we had our other daughter Jacelynn with no problems.  Then we tried so hard to get pregnant with him, and it was my worst birthday ever.”

Jackson had an encephalocele on the back of his head

Despite what they had been told, Jackson was thriving when he was born. They had anticipated him to be transferred to Primary Children’s Hospital, Jackson however, stayed in the well unit the entire time.

After he was born, it was discovered he had some other issues.  Jen shared, “He was born with an encephalocele on the back of his head.  It did have a little bit of cerebellum in it that was removed…at seven weeks.  We found out that he had skin tags on his ears, and one of his ears didn’t develop.  When they looked at his underdeveloped ears, they also looked at his kidneys. He has a horseshoe kidney and a transverse liver.  He has five spleens. He also has a pacemaker.”

What does that all mean?

An encephalocele is a sack of fluid that can form on various parts of the skull.  It happens when the skull doesn’t fuse properly and parts of the brain protrude out.

A horseshoe kidney is when the kidney fuses together at the base and forms one kidney in the shape of a ‘U’.

“The hardest thing is dealing with everybody else’s negativity”

Even though Jackson has several medical issues, John said hearing the negativity surrounding Jackson has been the toughest part.  He said, “It was basically us against the world mentality pretty much because everyone was so negative.”

Jen and John were repeatedly told by several medical professionals as well as some family members that their decision to not terminate the pregnancy was not smart.

He was supposed to be a vegetable

John shared what happened at an ultrasound, saying, “They told us at the ultrasounds, ‘Only two of his limbs are moving, so he might have had a stroke inside the womb that has paralyzed half of his body.’..pretty much since he’s come out, it has been nothing but positive, positive, positive.”

Both Jen and John agree that having Jackson in their family has been nothing but joy.  Jen stated, “..everyday he smiles. He wakes up happy. He is probably the happiest kid, always having a smile on his face.  He is loving. He always gives big kisses. I would just say his spirit is so sweet.”

It was easy for Jen and John to share what advice they would give other parents if they were in a similar situation.  Jen said, “I would just show you my son and tell you not to terminate, to continue, and seriously recognize the power of prayer..he is hitting almost every milestone.  He is a little delayed, but he will be walking soon..he crawls and climbs”

John said, “If you feel like it’s in your best interest and the best choice for your family to go along with terminating, then that’s on you, but I would suggest not to do that.  We had the worst news possible. They told us he was going to come out as a vegetable, no quality of life and hes the most joyous, happy, fun-loving kid I’ve ever known.”