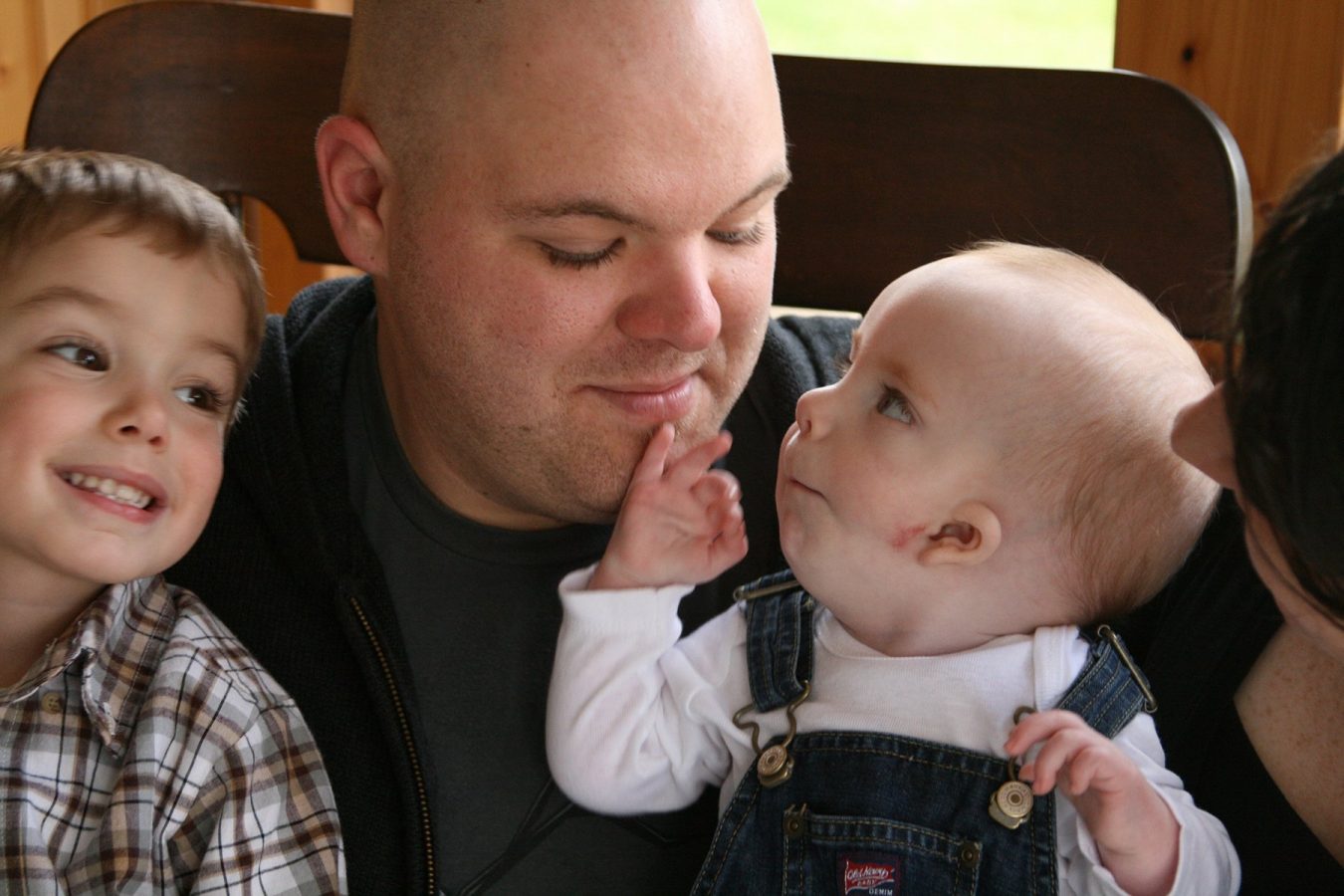 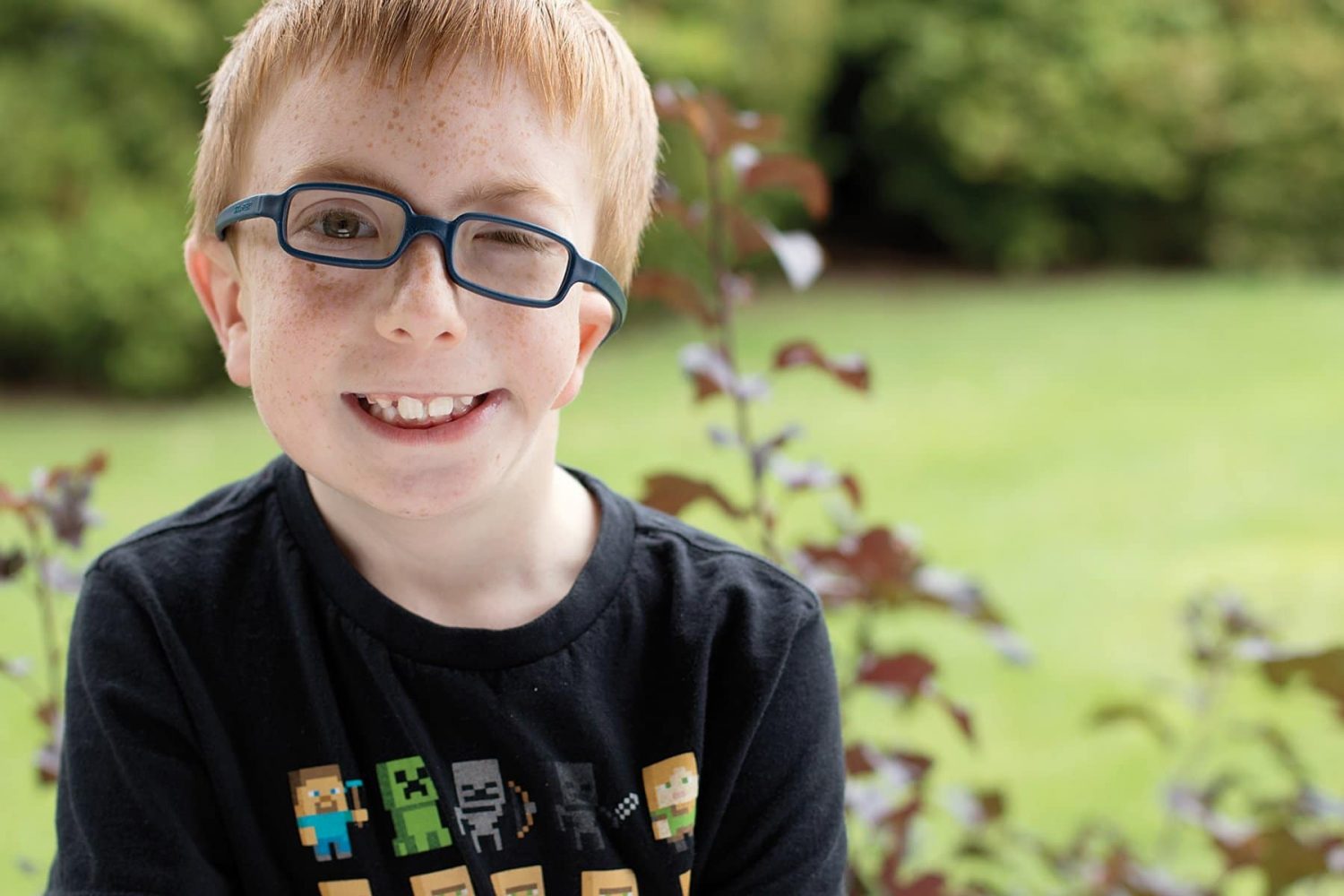 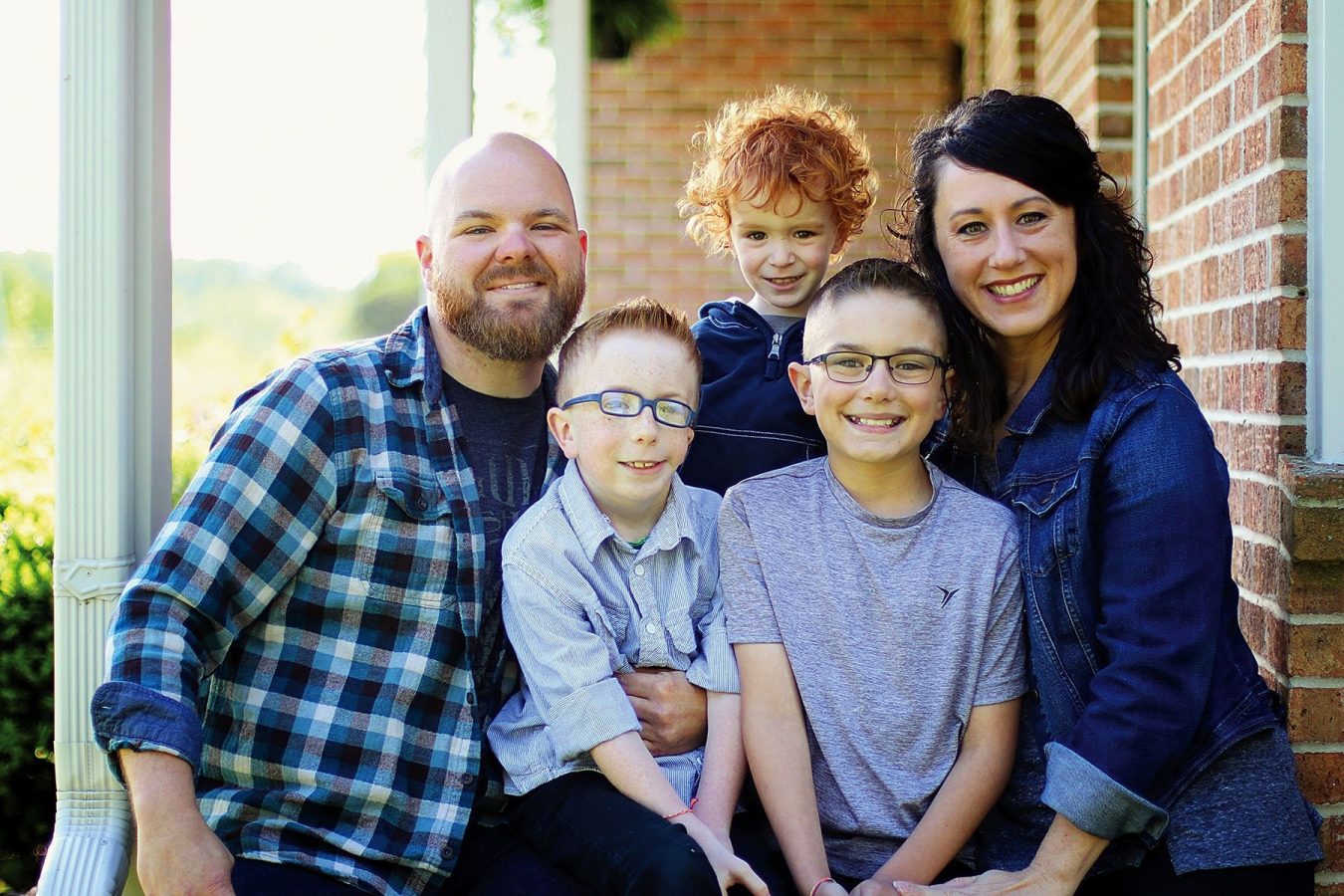 When Jessica was pregnant with Griffin, they discovered a heart abnormality.  It wasn’t until after he was born they discovered he had several other abnormalities. Despite these challenges, Griffin is a rock star and has proven to his family and others he is happy with who he is.

After Griffin was born the room went silent.  The doctors noticed immediately that something was wrong with Griffin.  Johnny recalled, “It took the doctors a little bit to actually narrow it down.  We knew in utero he had tetralogy of fallot, his heart condition..but after a couple of days after he was born, we realized that it’s not just the heart, that there are other things going on.”

Griffin was diagnosed with Goldenhar syndrome.  Jessica helped explain what exactly it is. She said, “Goldenhar syndrome is a congenital facial difference..It usually involves incomplete development of the face as fat as the ear, nose, soft palate, lips and the mandible things could be wrong. Along with sometimes internal problems with their organs like the heart, lungs, kidneys, and spine are all of the things that can go along with that.”

How Griffin is affected by Goldenhar syndrome

Jessica explained that Goldenhar syndrome is more of an umbrella term and how it affects each child is different.  Griffin is affected unilaterally. That means only one side of his body is affected by it.

Jessica said, “He has a small ear, and he is missing his cochlea inside of that ear and some other ear parts, which makes him 100% deaf on his left side.  His jaw on his left side is undeveloped; his face is asymmetrical. He has a heart issue called tetralogy of fallot. He has spinal issues including scoliosis, and he also had a hypoplastic left thumb.”

She said, “The hardest things that we’ve had to face are probably navigating and juggling appointments, because of the list of things that he has to deal with come a lot of clinics, a lot of specialists and a lot of surgeons, and so we are in a doctor’s office a lot.”

Despite some of the things they have had to deal with for Griffin, Jessica and Johnny had an experience prior to Griffin’s birth that have helped them be grateful.  Jessica had a miscarriage before becoming pregnant with Griffin.

When talking about Griffin and his conditions she said, “We felt that because we had just suffered a loss with the miscarriage, he was here and he was alive, and he was relatively healthy even though he had all of these things on his plate..we’re thankful for all of it because he’s here and he’s with us.”

Griffin is happy with who he is

Griffin simply shrugged his shoulders and said, “Well, that’s just what I do.” Jessica recalled that conversation and said, “He is the joy because his attitude is absolutely everything.  He advocates for himself and is so comfortable in his skin and he just owns who he is. That makes our entire life joyful. We do not see this diagnosis as a bad thing.”

Connecting with other families helps with the grief

After Griffin’s diagnosis, Jessica and Johnny kept to themselves.  They knew of organizations that could connect them with other parents in similar situations.  Looking back on that, Jessica said, “I didn’t feel any need to connect with other families, and this past summer, we were able to go on a retreat where he was able to meet other kids which was fantastic for him at his age.”

She continued saying, “ Johnny and I were overwhelmed meeting these families and these parents who spoke our language.  We didn’t know we needed this because we have a great support system, but it was like we had something in common. Making that connection was huge.”