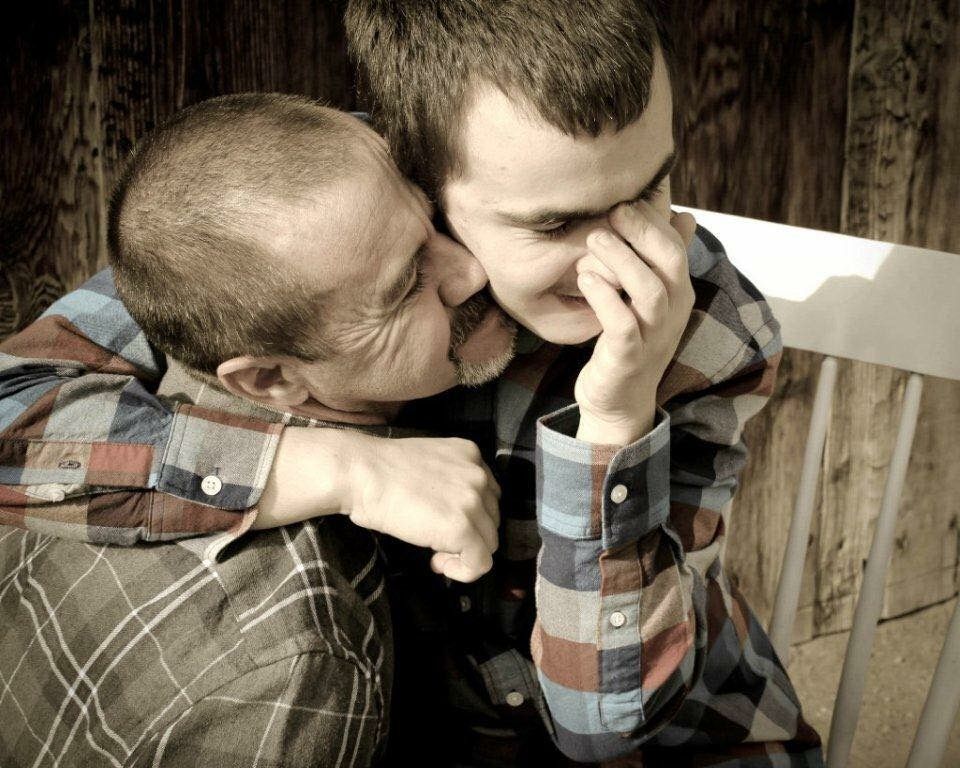 Tyson is the youngest of three children and has Fragile X syndrome. His mother, Celeste shares her experiences in raising Tyson who also has an intellectual disability.

Finding out during pregnancy your child has Fragile X syndrome

Celeste found out that her unborn baby had Fragile X syndrome at 25 weeks gestation. She had had an amniocentesis done at 15 weeks and had to wait 10 weeks for the results. “It took so long at the time, taking the amniotic fluid, they had to grow the cells to a certain point, they had to start over with his so it took a little bit longer to get to the point where they could analyze the DNA,” Celeste said. “If I had waited, which was an option, until he was born, and then examining the cord, it would have taken about a week.” This was over 20 years ago and screening results are a lot faster now.

Having a world expert guide you through a diagnosis

Celeste had her testing done through Primary Children’s Hospital, but had also contacted a doctor who is an expert in Fragile X syndrome, Dr. Hagerman. She counseled Celeste on Fragile X syndrome. “They told me that if the child was male, there would be a chance that he would either be affected, or not affected,” said Celeste. “They clearly laid out a lot of the symptoms, and like anything, there’s a range of symptoms… It did help me to understand what my husband and I might be facing.”

During an ultrasound they found out that the baby was a boy. “Mentally knowing he was a boy, I knew it would either be an affected male or a non-affected male, so that was pretty overwhelming,” said Celeste.

Even though the doctors mentioned the possibility of abortion, Celeste never considered it. “I went in knowing when I became pregnant, because I knew that I was a carrier for Fragile X,” said Celeste. “We found out after my second child that I was a carrier, and either way I would keep the pregnancy.”

Hardest part of having a child with Fragile X

“The hard parts would be being able to maintain a normal life with a child who has a condition such that he may get anxious or overwhelmed in different situations and learning how to adapt to his needs during those times,” said Celeste. “Once we learned to adapt, that’s gotten easier.” They have figured out what is going to work and what is too overwhelming for Tyson. “Another hard part would probably be toilet training,” said Celeste. “He’s still not toilet trained, and that’s just something we got used to.”

Along with Fragile X syndrome Tyson also has an intellectual disability. “Life with Tyson is like having a toddler. You can’t leave him alone because he gets into things like a toddler would,” said Celeste.

Genuine joys of having a child with special needs

“The joys have been a lot,” said Celeste. “He is very caring and loving to us, and he is a very genuine child…The overall joy is that he is so genuine and loving and sees the world very simply. His needs are very simple for his happiness.”

“One of the things that being Tyson’s mom has taught me is how to deal with negative people who don’t understand children with special needs and go after them in a hurtful way,” said Celeste. “It has caused me to be a fighter for him and be his voice when he didn’t have a voice, to stand up for him and be his advocate. It has made me learn that I had something in me that I didn’t know I had, because I’ve been able to be his advocate and stand up for him in situations where he needed me to.”

They have been fortunate because Tyson has been very healthy without any seizures or other medical issues.

Because of Tyson’s difficulty with crowds and noisy situations, they have had to adapt in family recreation. “We always have to consider when we go on a trip or go anywhere what Tyson’s needs are. His siblings have just learned to adapt to that, and they are used to that,” said Celeste. “I think that my two older kids have done a remarkable job in understanding that.”

“We really have tried to adapt to Tyson’s needs, but also just have him adapt to our lifestyle and what we like to do.” Tyson’s brother played baseball and, “Tyson learned to love to sit and watch baseball games, he really did like it,” said Celeste. Their family also enjoys camping together and eating out in restaurants. “He does really well there. We’ve tried to incorporate him into our daily life, because I felt like early on, it was important that we be able to have a life, but listen to his needs too.”

Advice to other parents traveling the Fragile X syndrome road

“Mourn the fact that you’re going to have a child who is not normal in the world, so to speak, so mourn that,” said Celeste. “It’s not a bad thing to go through a grieving process, embrace it and accept it, read about it and talk to other families, and always ask questions.”

Celeste also advises others to look at it as something wonderful instead of something that is negative, and to know that each child is different.  She advises taking it one day at a time and to, “really learn their child and what makes their child unique with that syndrome, while also being able to talk to others in that situation.”

Celeste offers these last words, “It has been a wonderful gift and challenge at the same time, and we are still going through that challenge. But really, I wouldn’t change it for anything. He’s a wonderful boy.”