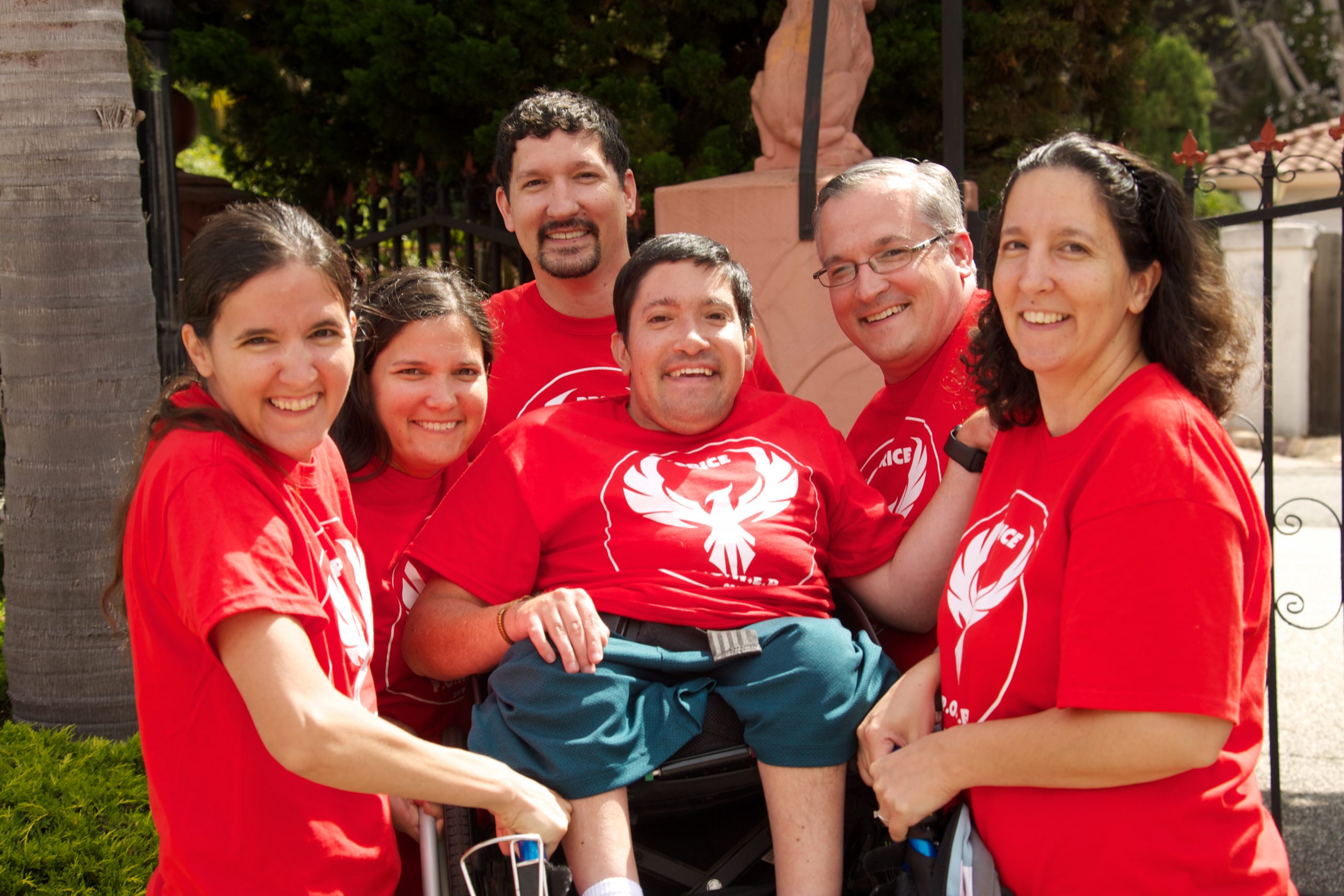 Cindy and Mike were devastated when they learned that their fifth child was going to be born with spina bifida.  They were strongly encouraged to terminate the pregnancy.  30 years later they are grateful they didn’t. Evan, their son is happy his parents chose not to listen to doctors.

Living a Full-Life Despite Having Spina Bifida

When Cindy took the alpha-fetoprotein test, she had elevated levels three times higher than normal.  Her doctor wanted her to have further testing. Cindy didn’t really think too much into it. She said, “There are a lot of false positives with that test, and I was pretty convinced it was not a problem, my due dates were off, I’m having twins or something else.”

They went to a specialist where they received another ultrasound.  During that appointment, she recalled, “..it got really quiet. I was looking at the doctors’ faces, and I knew something was really, really wrong.  It stayed quiet like forever, a very long time.”

When they were done, the doctor explained that the baby’s ventricles were enlarged and that he had spina bifida.

When Cindy and Mike heard the diagnosis they both said that it was devastating.  Mike said, “I will have to say that was one of the worst moments in my life, just watching the doctor moving the image on the ultrasound and taking pictures.  He was quiet, but he was silently shouting, ‘Something is terribly wrong with your baby.’”

After they received the diagnosis, they were faced with another challenge.  Mike said, “The next thing that we faced were people telling us to abort the baby, even on a follow-up exam two or three weeks later.”

They were strongly encouraged to think about their decision.  Their doctors told them that it was a decision that they would have to live with for the rest of their son’s life. Cindy said that when they were thinking about what to do, she thought about her other children.  She wanted to make sure that they knew that every life was precious. How could she teach her children this if they choose to abort their baby?

Challenges in raising a child with spina bifida

Cindy said for her the challenges in raising Evan were the surgeries.  She explained, “Spina bifida surgeries are kind of hard..When he was born, he stayed 17 days in the hospital, and I missed our daughter’s first day of kindergarten.  You feel pulled sometimes.”

She also said that hearing the negatives from the doctors was taxing. “They tell you all the worst it could be.  They didn’t want to tell you how good it could be.”

Finding people who support you

When referring to their new pediatrician Cindy said, “He said he admired us for continuing with the pregnancy..This doctor was amazing.  Having a good doctor really helped us, one who understood how precious Evan was to us because not all of the doctors understood that. This life is precious; it’s important.”

30 years later, the advice they give

“The first thing I would tell you is congratulations!  You’re having a baby! Babies are so precious no matter what!  And it’s a baby first, the disability, the birth defect doesn’t come first. You are going to feel love for that baby that you have never felt before..don’t let the diagnosis overwhelm everything.”

To her advice, Mike added, “Seek out positive doctors and nurses who are going to help you along, especially during the terrible months between the time of diagnosis and the birth.  That would really help.”

After speaking with Cindy and Mike, Gerald had a chance to talk with Evan about his life.  The first thing Evan advised was if you have a child that was diagnosed with spina bifida to keep them.  He said that he has lived a great life and has many hobbies and interests.

He said, “Well, I am a Star Wars fan, and I’m also a whale fan and a fan of the Mormon Tabernacle Choir and Jim Nabors.”  His love for music led him to be part of a young group of singers called, ‘The Joyous Voices in Jesus’, the group consists of adults who have disabilities.

In remembering his life, Cindy said, “He’s had a pretty full life.  He’s traveled cross-country with us twice, seen a space shuttle launch, held an alligator, and seen the Grand Canyon and geysers and Yellowstone.”

Another cool experience Evan shared was about his Make-A-Wish.  Evan said, “I got to help a man named Al Roker do the weather. That’s not the only thing that was part of the Make-A-Wish; the other part was to see the Statue of Liberty.”