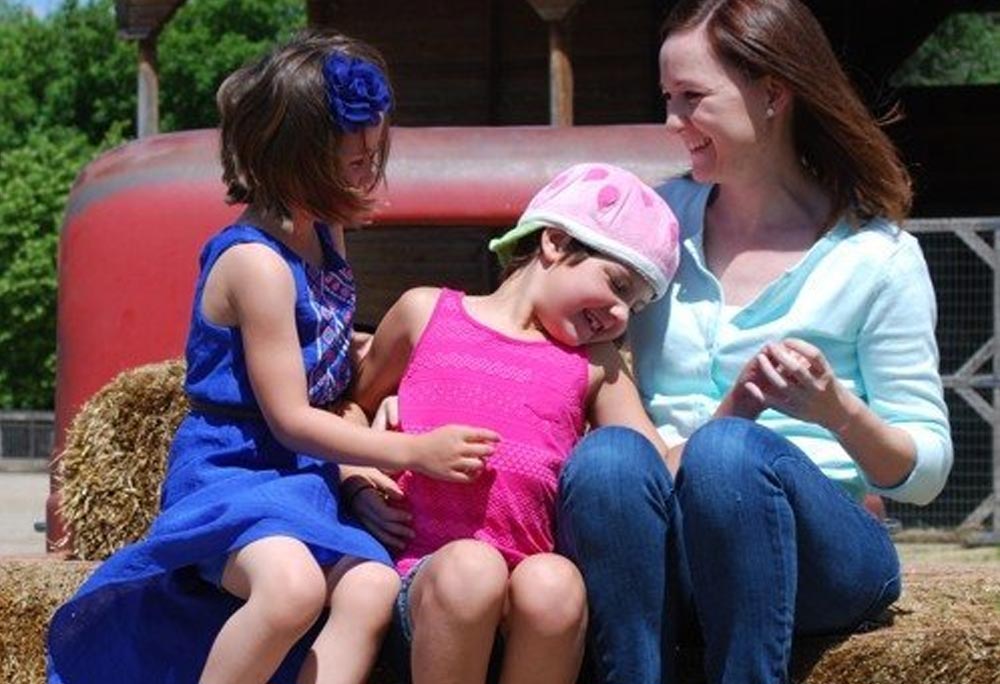 Christine knew there was something different about her oldest daughter Skylynn.  They first hoped she had a sensory processing disorder. However, at the age of two Skylynn was diagnosed with autism.  Christine has spent every day since her diagnosis advocating for her daughter and others like her.

Discovering Your Child has Autism

Christine was constantly told “You are a first time mom”, “She’s not behind”, “You don’t know what you are talking about”  However, Christine knew there was something different about her oldest daughter Skylynn. She said, “She always showed symptoms of something being different.  She would cry when I would sing, and she missed pointing and clapping..it was when she was just under two that we finally had a developmental pediatrician look at her and say ‘Yes, she has autism.’

She continued saying, “..it’s pretty scary and devastating when you find out your kid has autism because you just don’t know what the future holds..the minute we were told that diagnosis, we don’t know how our life is going to pan out; we don’t know what changes there are going to be..you are just thrown into this situation where you aren’t really sure what is happening.”

While Christine was processing Skylynn’s recent diagnosis, she received a coverage denial letter from her insurance company. She recalled, “I called the insurance company and said ‘Why? Why did you deny this? I have insurance.  Insurance should cover this kind of thing. That’s why I pay for it.’..I was reeling from the fact that she was diagnosed at all, and then my insurance company says, ‘There is nothing we can do for her.’”

After hearing that, Christine started researching different therapy options and what the out of pocket cost would be.  She discovered that ABA therapy is shown to be most effective. However, it can cost up to $80 thousand a year. Even worse, the state of Utah didn’t cover any of it.

It was then Christine got involved in both the national and state organization to fight for an insurance reform. They were attempting to pass legislation to mandate insurance companies to pay for autism therapy.

All Their Hard Work Paid Off

After three years of round the clock work, the legislation passed!  Beginning January 1, 2016 insurance companies were required to cover autism therapies

In 2015 Christine had a unique opportunity to work on the Salt Lake City Mayor’s campaign.  She was appointed as a coordinator for disability rights. She said, “My entire job is working on disability rights for the city..all of it is policy, whether it’s housing and transportation or police relations, it’s all very high-level policies at a city level.”

She continued saying, “Because of her and my passion for her and my love of her and advocating for her, I’ve gotten to the place where I am, where I have my dream job, and I get to advocate for people who have access needs with disabilities at both the state and local city level.

Speaking more at a personal level Christine said this about her daughter, Christine said, “She’s incredible.  She’s the cutest, sweetest, funniest, little mischievous kid. She’s so cuddly..and she loves crafts.  She’ll do anything for craft paper to cut up for crafts.”

She continued saying, “She’s always the teacher’s favorite because she is adorable and mischievous ..she sings everywhere.  No one knows what the lyrics are..she just sings gibberish all the time and it’s sweet.”

It hasn’t always been easy with Skylynn.  Christine said, “It’s been a ride with her.  She’s far better than she was. At first, behaviors were really tough.  The behaviors are a lot better now, but I won’t say they are not there.”

“The Number One Thing People Need to Do”

Without hesitation, Christine shared her advice for parents. She shared, “I felt at first I was isolated, I didn’t know what was happening..connecting with the community is no doubt the number one thing that people need to do.”

Finding support for Christine is what she says saved her.  She was able to join a lunch group for moms with children with autism.  She attributed this group to being her support and helping her connect to the autism community.