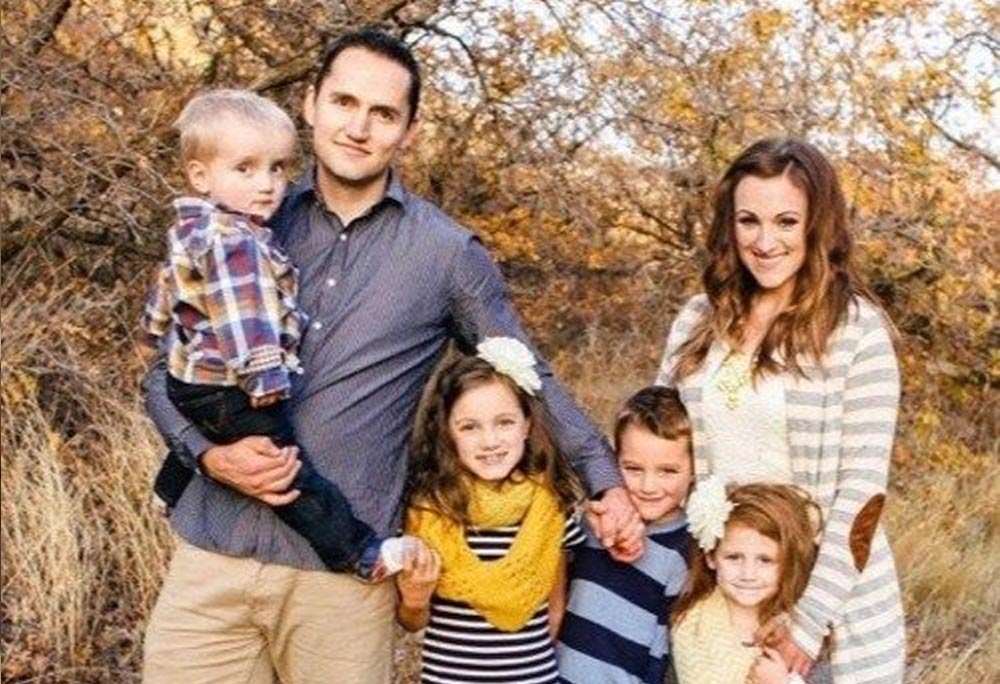 Chris and Mindy were expecting their fourth child and went in for a routine ultrasound.  Everything seemed great until their doctor called them later that night. He said that their son, Camden, had spina bifida, hydrocephalus, and clubfeet.  They were given the option of abortion several times.  They chose to carry Camden to term and are grateful they did.

Mindy shared when they first learned their son, Camden, was going to be born with some abnormalities.  She said, “He was our fourth, so it was just a routine ultrasound..our doctor called us that night and said we should probably sit down for the news.”  He told them that Camden’s spine didn’t close all the way which is a sign of spina bifida. He also said that they found dilation on his brain which is a sign of hydrocephalus.

“..it was just a whirlwind.  I didn’t really know what to say.  I just remember saying, ‘I don’t know what any of that means, but I know that it’s going to be okay.’  Our doctor was great through the whole thing. He believed in the same thing as we did; that babies come the way they’re supposed to.”

After speaking with their doctor, they were referred to a high-risk doctor.  Mindy says that experience was completely different than her regular doctor. She said, “That doctor also found that Camden had clubfeet in both feet, and he was the one who told us over and over that we had up until 26 weeks in Vegas to abort him.”

He kept reminding Chris and Mindy that he wasn’t going to have a great quality of life, the hydrocephalus would mean Camden had brain damage, and he would never walk.  He kept presenting them with worse-case scenarios. He did however, give them the option of doing fetal surgery in utero. This would close the hole in Camden’s back and hopefully prevent any more nerve damage from occurring.

Chris and Mindy chose to have the fetal surgery to help with Camden’s spina bifida.  This is something that Mindy referred to as a ‘miracle’. Camden ended up coming early at 32 weeks and five days.

“He had what was called Chiari malformation, and that was where the brain was being pulled down into his spine, and he had the worst grade of it in utero, but after the fetal surgery, he went back up to, I believe, a zero, grade one which is awesome.”

The first thing Camden was diagnosed with is spina bifida.  This is caused when the spine and spinal cord don’t form properly. This can cause defects to the spinal cord ranging from severe to mild.

His second diagnosis is hydrocephalus.  This happens when there is too much fluid buildup on the brain which puts pressure on the brain.  Typically a shunt is placed to help drain the fluid. Luckily, Camden hasn’t needed a shunt.

The last diagnosis Camden has is clubfeet.  This is when the child’s foot is twisted out of shape or position.  Clubfoot results in the tendons being shorter than usual. It can be corrected without surgery, although some children might need it later in life.

At the young age of two, Camden has already had several surgeries.  This has been hard on his parents to watch. However, they see what he’s been through and are inspired by his attitude of never giving up.  Mindy said, “He always finds a way around something and doesn’t get down about it. It has been a lesson for us for sure.”

For Chris, his joy comes from simply being with Camden.  He said, “I feel it when I’m with him; I feel the light that he brings to the world and to my life.  He’s always happy, and I definitely feel that.”

For his older siblings, the impact Camden has had on them is greatly noticed.  Mindy said, “I think it’s brought out an understanding and compassion in them in how to embrace other children who have disabilities at school or out in society.  They already have that love for them from Camden.”

Chris feels like Camden’s impact has affected him greatly.  He said, “I feel like there was a part of my heart and a capacity to love that wasn’t there before him.  Once we had him, it’s like my heart grew a little bit bigger. He’s made me a more compassionate person. The amount of gratitude that I have that he has changed me is pretty profound.”

Being able to meet with a family prior to his fetal surgery is what Mindy called a ‘turning point’.  They were able to put their minds at ease about the outcomes of the surgery. This is something that she suggested parents do if they find themselves with a similar diagnosis.

Chris said to try and change your perspective, focus and attitude.  He said, “If you can, find peace in things that we can control..With us, there were so many unknowns that that’s where I got the most stressed and worried and fearful..enjoy the ride, have faith and be at peace.”