Tiffany and TJ: Down Syndrome 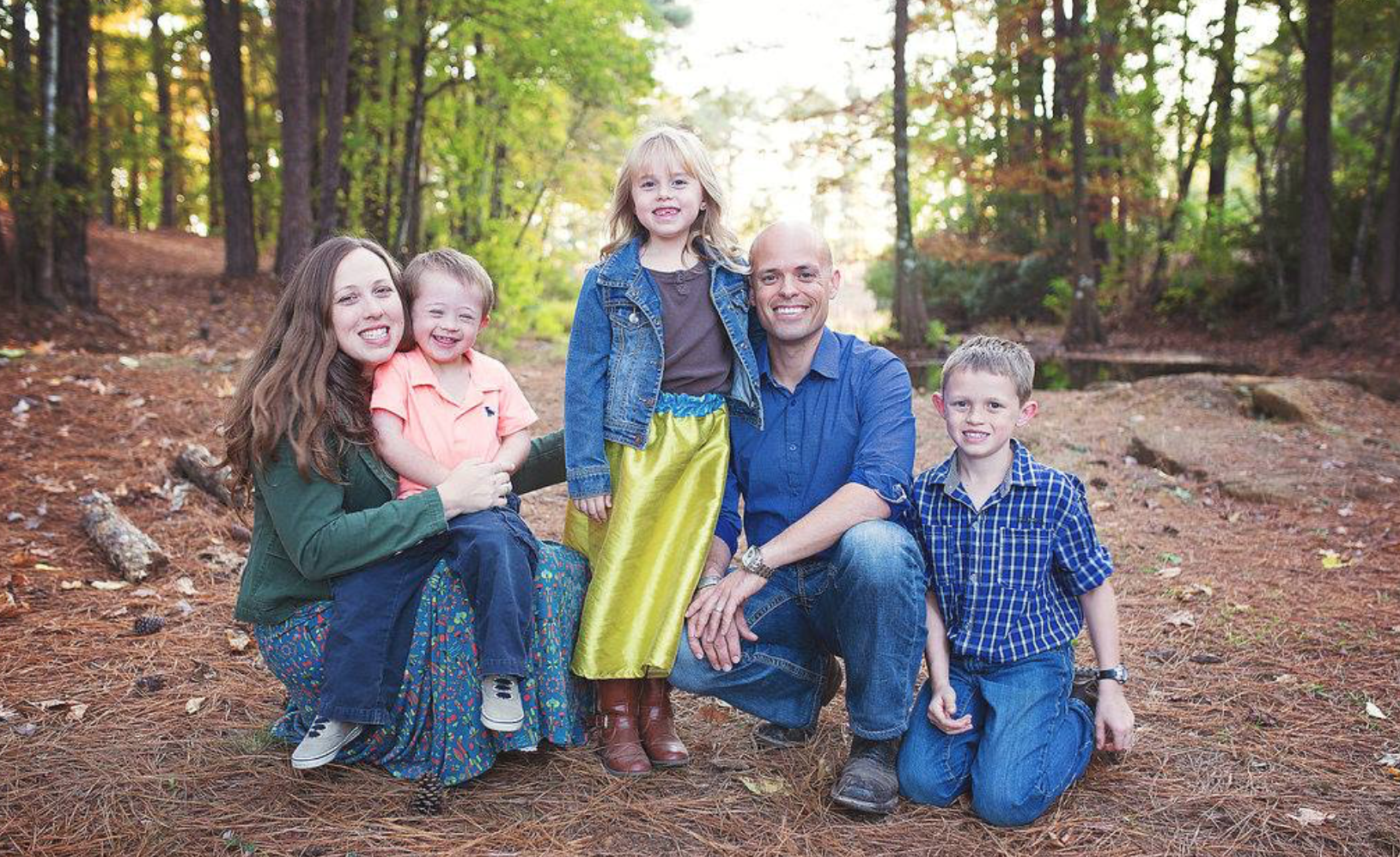 Down Syndrome: An Amazing World

Immediately after Tiffany and TJ’s son Austin was born, Tiffany noticed Austin’s almond shaped eyes, she said, “Officially, we found out about a week after he was born, but when he was born I knew he did.”

Some Challenges in Raising a Child with Down Syndrome

Finding Joy in the Small Things

Tiffany shared, “I definitely think some of the joys are when he hits developmental milestones, because that takes a long time. Those were precious and more important than I had remembered before with our other kids, that some things came to them quickly and they knew how to do that. We didn’t feel the triumph of it as much, but those have been some really big joys.”

“He loves people, and he loves to entertain. He’s a big people-person; he wants to be with people and learn. He loves books; that has been a huge joy. Some basic things are appreciated more than with my other kids that came easier to them. I’ve really found a lot of joy in small things.”

Impact on Their Family

“For our daughter Jade, it has made her a lot more open and aware of her surroundings. I can see how she interacts with other kids who have Down syndrome, or kids who have any other kind of disability. She’s very cognizant of how she can help others and how she can interact with them.”

“For James, one of the things that was interesting to me was that soon after Austin was born, we had a friend whose son has SMART (Spinal Muscular Atrophy with Respiratory Distress). It’s a very rare disorder, and so shortly after Austin was born, James decided to do a birthday where instead of getting gifts for himself, people would donate to this organization that helped kids with SMART. For our children, it has made them more aware of the world around them and how they can help other people.” TJ stated.

Tiffany shared her views on Austin’s role in their family. “They’ve seen us enough with advocacy, working with Down syndrome awareness month and with World Down syndrome Day. I think that recognition made them want to participate. There was a time where I thought they didn’t need to do anything, because I didn’t want to pressure them to do stuff, but they said they wanted to do something. Even today, we were sharing about something at school so that they could celebrate it with their friends. I think that’s a really good opportunity.”

“We started attending (their local Down syndrome association group) after Austin was born. I went to the first meeting. I’m a social worker, so I like group things and support. I thought, ‘okay, he has Down syndrome; let’s go meet some people who have children with Down syndrome and learn from them.’..It’s amazing the connections that you make meeting people through that group, finding good friends who understand things differently than most.” Tiffany said.

She continued saying, “I just felt like when Austin was born, that this is something else we need to learn about. We can do it if we reach out. We’ve gone to national conventions and learned a lot from experts and other parents. It has been an amazing world to step into and to learn from so many people.”

Tiffany and TJ are now heavily involved with the local Down syndrome association in their community, East Texas Down Syndrome Group, where Tiffany has served as the Executive Director, and they have put together many Walks/runs to raise awareness.