Terah and Brian: Down Syndrome 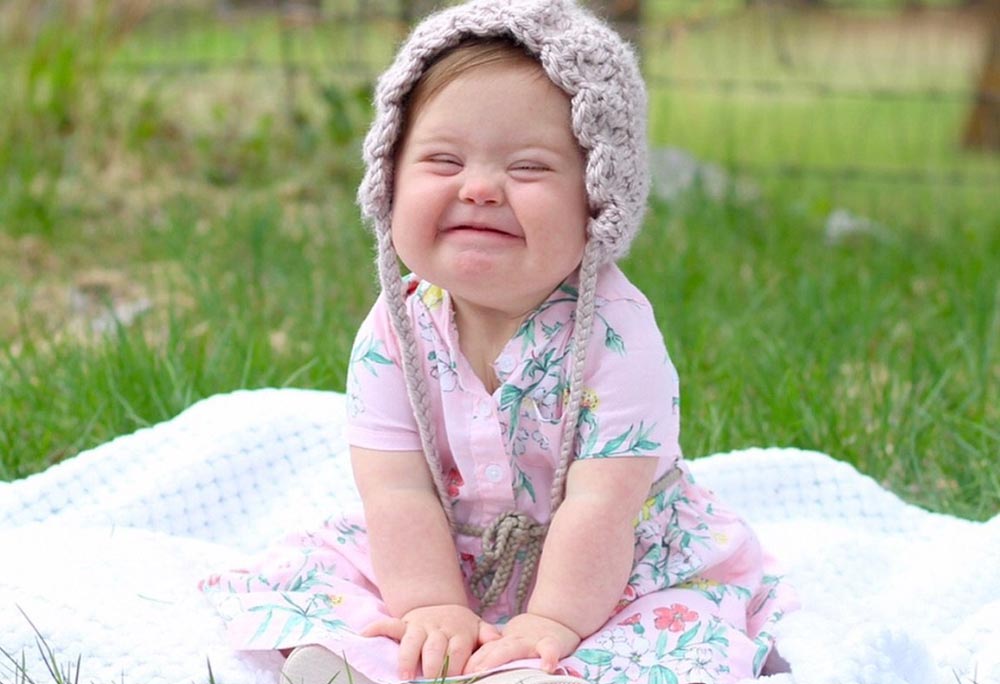 After unsuccessfully trying for five years to get pregnant, Terah and Brian turned to in vitro fertilization.  During their second round, they found out Terah was pregnant. An hour after Indy was born, she was diagnosed with Down syndrome.  They were devastated.  They shared how they came to terms with her diagnoses and how she had impacted their life for good.

From Devastation to Bliss

Terah and Brian were unable to get pregnant for five years.  They decided to try in vitro fertilization or IVF. Terah said, “We did not do any genetic screening.  We thought about it, but we figured that we had done IVF, and that’s a pretty fail-proof method.”

Even if they had done testing, Terah said that it wouldn’t have affected their choice to continue with the pregnancy.  An hour after Indy was born, she received the diagnosis of Down syndrome.

When Brian first found out that Indy had Down syndrome, he said the unknown was the hardest part.  He hadn’t ever really interacted with someone with Down syndrome or really knew anyone that had a child with Down syndrome.  He was also unsure of what to expect and how to proceed. Overall though, he was able to accept it after the first night. He said, “Look, if anybody can do this, it’s us, and we can and we will, and I had that determination off the bat.”

Terah was very candid about her reaction.  She said, “I had a really hard time. I kind of felt cheated little bit, like we had waited so long for this baby, and we worked so hard to get this baby, and my thought was that we got a broken baby. I feel bad to even say that now because that is definitely not the case, but those were the thoughts that I had.”

Challenges in raising a child with Down syndrome

Both Terah and Brian agreed that Indy hasn’t been any harder to raise than any other child.  For Terah the most challenging thing has been the emotional acceptance. She said, “The hardest part for me was my emotional acceptance of just having a child with a disability, with Down syndrome, not because of the efforts I’ve had to put forth to take care of her.”

Brian said that for him there hasn’t been too many things that have been challenging.  He recognizes that there may be challenges ahead, but so far the 10-months with Indy have “just been fun and been a good ride.”

Many people have misconceived perceptions about what people with Down syndrome are capable of.  Brian said, “For me, it has been nice when people have said that when you can’t do things or that she won’t do things and then she does them..it’s like success, proving them wrong.  That to me is joy, saying look, we are doing this. That is my favorite part of the whole process.”

Terah added her joys, saying, “Like Brian said, every milestone she hits, every achievement is just so fulfilling and rewarding because she is doing it and we are doing it.  It’s amazing and has been just a really great journey.”

Indy has done more healing for both of their families than anyone could have imagined.  Terah said, “I would just say that in the short 10 months of her life, it has been incredible to see what’s happened with our families..From the very beginning when she was just a week old, the bonds that already started to form in our families and the issues that were present on both sides of our families have seemed to dissolve so that they don’t seem present anymore.”

Brian feels like Indy has changed people in his family.  He said, “They think differently, and they act differently.  I think Indy wants our family to be better people, and I think she allows them to have a higher vision of what we are all doing in life.”

Life will change for the better

When Terah first learned about Indy’s diagnosis, she thought “this is the worst thing that has ever happened to me”.  However, she thinks, “Now I truly and honestly feel like this is the best thing that has ever happened to me. It has changed my heart and made me such a better person and so much more compassionate and loving and humble.  I cannot think of one negative way that this has impacted me or my family.”