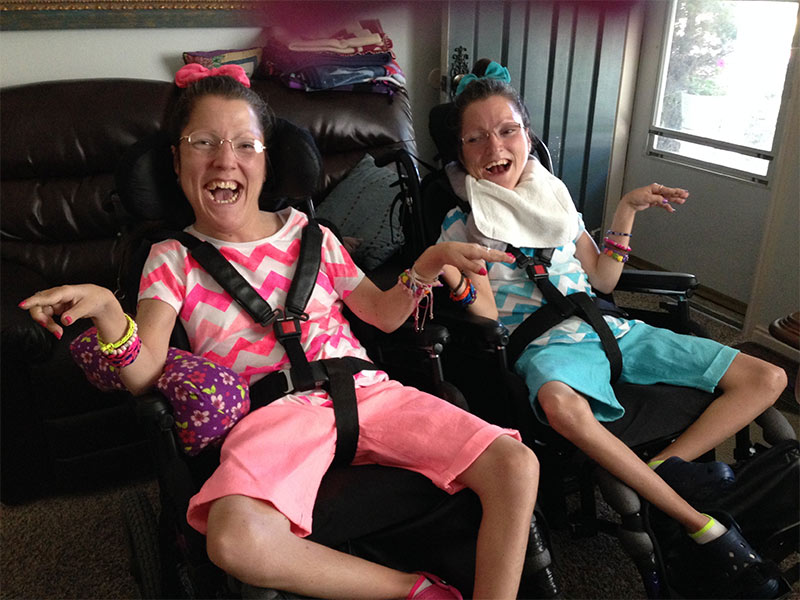 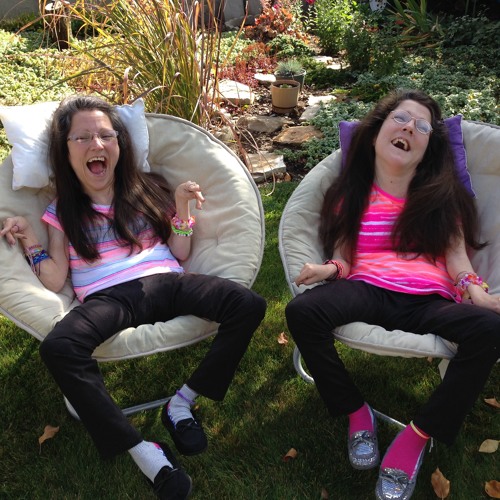 Kellie was three-and-a-half years old when her twin sisters were born. Both twins were born with spastic quadriplegic cerebral palsy and required total care. Kellie was candid in sharing her thoughts and feelings growing up with her sisters.

Noticing your sisters are different

At three-and-a-half years old, Kellie wasn’t too aware her twin sisters were born different.  Growing up she said, “I don’t really remember the early part of their life..I don’t really recall my mom even being pregnant.”

At some point Kellie realized her sisters were different. It occurred to her as her friends would come over and ask several questions about them.  Kellie recalled, “I had lots of little playmates who would come to the house, and they were fascinated by my sisters. It was always an interesting conversation.  They always had questions, but it didn’t really affect who came here.”

Wishing it was different

Even though she loves her sisters, Kellie struggled with the lack of normalcy her sisters brought into her life.  She said, “I remember thinking to myself that I wish I had sisters who could share my clothes later on in life. I wished I didn’t have the responsibility that came with it”

While her friends and their families were able to go on vacation, life was a little more complicated for Kellie.  Her sisters’ condition limited their ability to travel and do normal everyday activities. When talking about her mom, she said, “It’s not like she could just pick up and leave or run somewhere. There was that and then the vacationing stuff.”

Impact of having siblings with a disability

Even though Kellie had some struggles growing up with her siblings, their lives had impacted Kellie for good.  Kellie said, “Later in life, I chose some opportunities to be in classrooms with individuals with disabilities through the school district and then later on becoming a nurse, so i guess it all just led me there.”

Using a magic wand to change your sisters

Kellie was candid in her response to the question, ‘If you could have waved a magic wand, would you have changed anything about your life?’.  Kellie said, “I would always say that yes, I wish I would have been able to have them as normal sisters because I missed out on a lot of that part.  I was an only child, so I didn’t have that interaction of the fighting, and I guess it was a good thing too.”

Kellie encouraged siblings of individuals with disabilities to talk about them.  Introduce them to people and share what disabilities they have. “So the more people know what’s going on or what they have or why they are acting this way, then they don’t tend to be as afraid.”