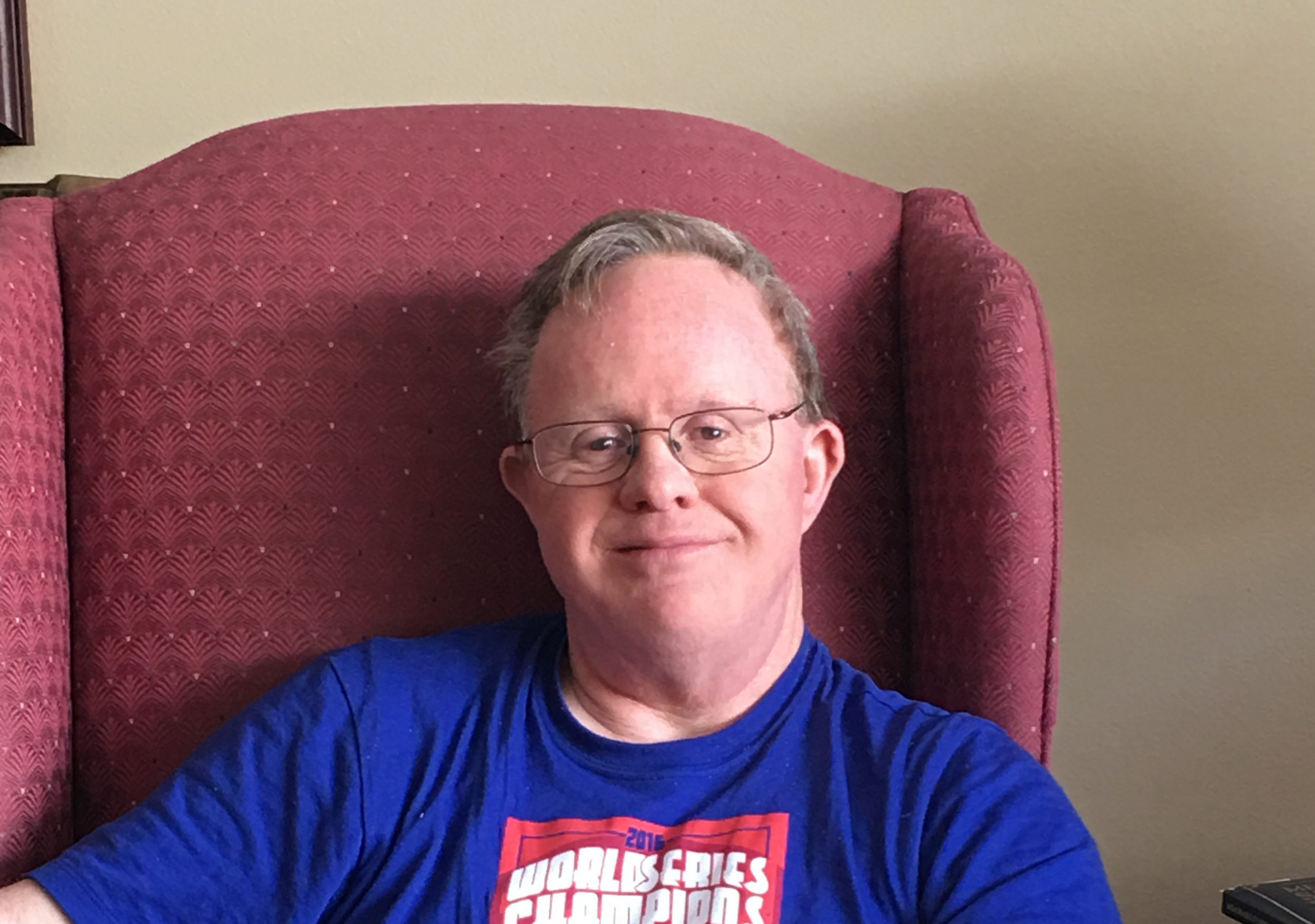 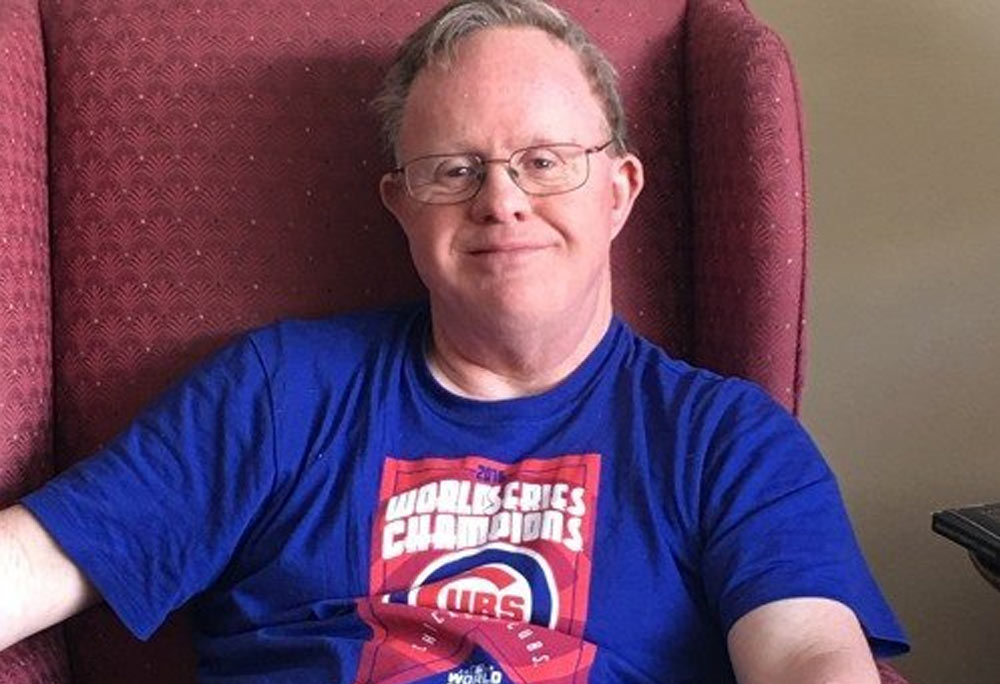 Jim is 51 years old and has Down syndrome.  He lives with his mom Shirlene who at the time of his diagnosis had never met anyone with Down syndrome.  At first, she was devastated. She now knows how grateful she is that Jim came into her life.

Loving Your Child With Down Syndrome

Finding out a few days later

Shirlene and her husband had never met anyone with Down syndrome.  Shirlene recalls, “Well I was totally ignorant in the first place. I didn’t know what the doctor was talking about.  I had never seen it, never been around anyone who had it, and I was totally devastated.”

The doctors had told her husband about Jim’s diagnosis but didn’t want Shirlene to now until they had a few things taken care of.  She said, “He had a worse time than I did because he knew two or three days before I did.”

Treating a child with Down syndrome like anyone else

Shirlene’s doctors advised her to, “Take him home, wrap him up in a blanket, put him in the middle of the floor and let your kids play with him, roll him around or do whatever they want.  Treat him like any other baby in your family.”

This piece of advice was not typical for the time era.  Many parents of Shirlene’s generation were encouraged to place their children with disabilities in an institution to help alleviate the ‘burden’ on their family.  Since placing a child in an institution was the norm, Shirlene and her husband questioned, “Is this something we should consider?” to which the doctor replied, “No! You should take this baby home, and you take care of him.”

Nothing wrong with having a child with Down syndrome

Emotionally it was hard on Shirlene to bring Jim home.  She said, “You can’t help but compare him to other children as they’re growing up, see what they’re doing and what he isn’t doing yet.  Just to know that you have a very unique handicapped child is very difficult. It was for me anyway..so it was extremely challenging and difficult for us to handle.”

Shirlene shared a beautiful story that helped her in her journey to acceptance.  When her parents came to visit them shortly after they brought Jim home, her father was holding them. “My husband Keith and I said that there was something we need to tell you about Jim, and we told them about his condition, and my father just took hold of his hand and he said, ‘There’s nothing wrong with this boy.  He’s going to be absolutely okay.’”

Parent were the ones hesitant about diagnosis

In remembering the joys Shirlene has had over the years she said, “I think the joy is that people have accepted him.  Society is so open nowadays to these kinds of things, and they just accept him..They just think he’s a wonderful person.”

She then said, “It was my husband and I that were ignorant of the situation and what it would be.  We were the most inhibitive of anybody, and it took us longer to accept and overcome than about anybody I know.”

Shirlene said that if her interview helped even one family she would be ‘thrilled’.  She said, “If someone would see this who was like me, raised in such a protected environment that you didn’t know of any handicapped people in your community, I say just take them home and love them.”

She also advised to integrate them fully into your family and said, “They don’t need to be put down or segregated or treated differently.  They just need to be treated like a prominent member of your family.”

During the interview Gerald had an opportunity to speak with Jim and ask him a little bit about his life.  Jim shared several things he does and likes. Jim works at a grocery store bagging the groceries and stocking the shelves.  He also works as a temple worker for his church.

Something Jim really enjoys is basketball.  He was able to participate in the Special Olympics in Park City, Utah.  He won a gold medal in cross-country skiing. Jim shared how happy this made his family and him.  He said, “My dad is happy.” to which Shirlene added, “He was very happy. We were all so happy we could hardly stand it.”