Sasha and Gary: Down Syndrome 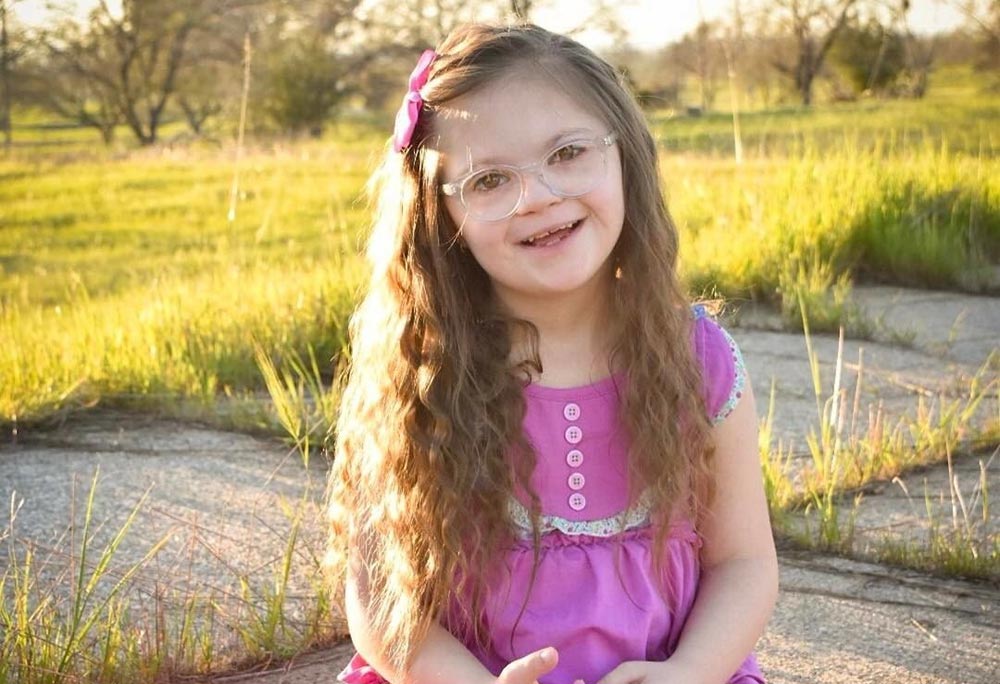 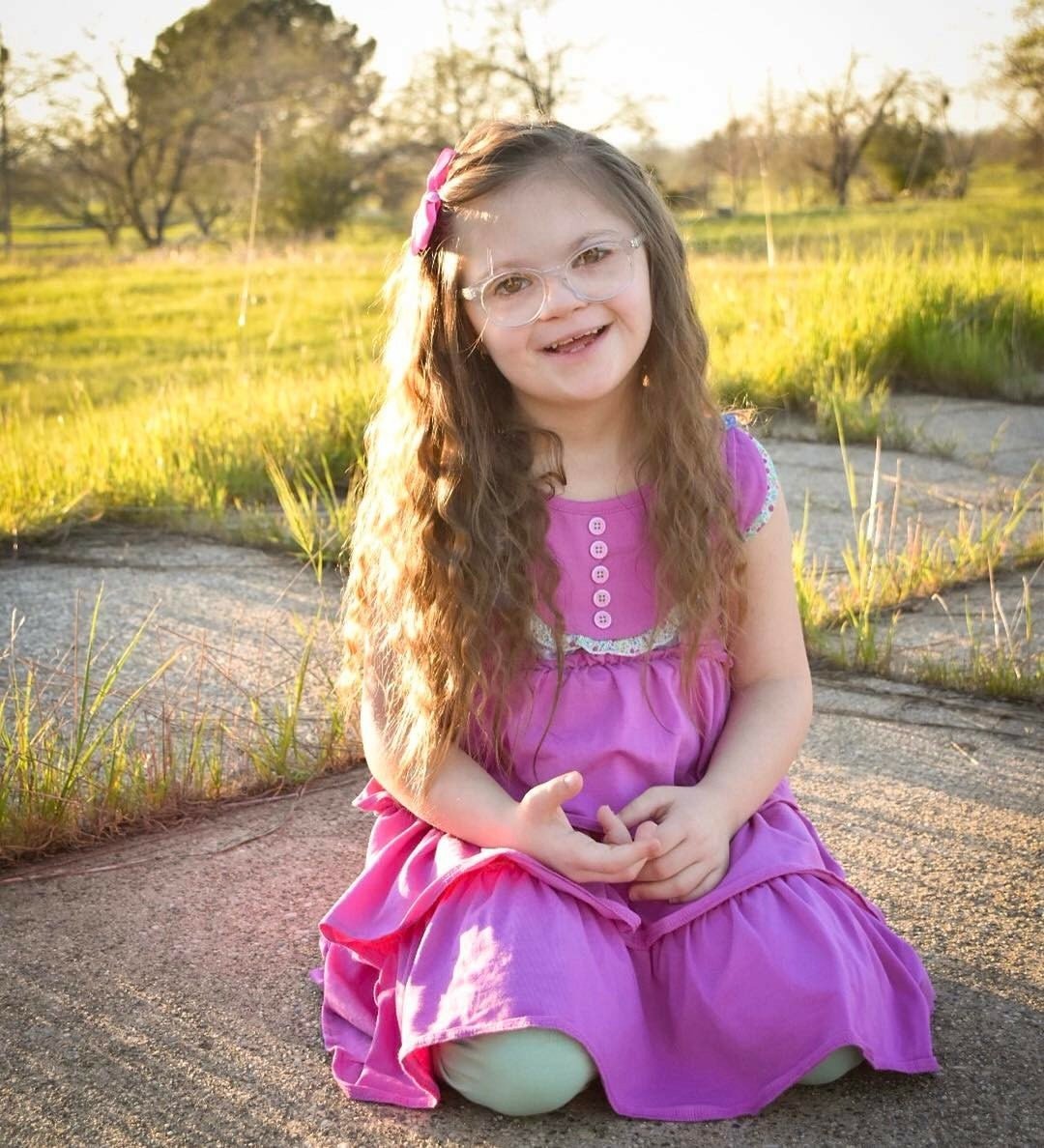 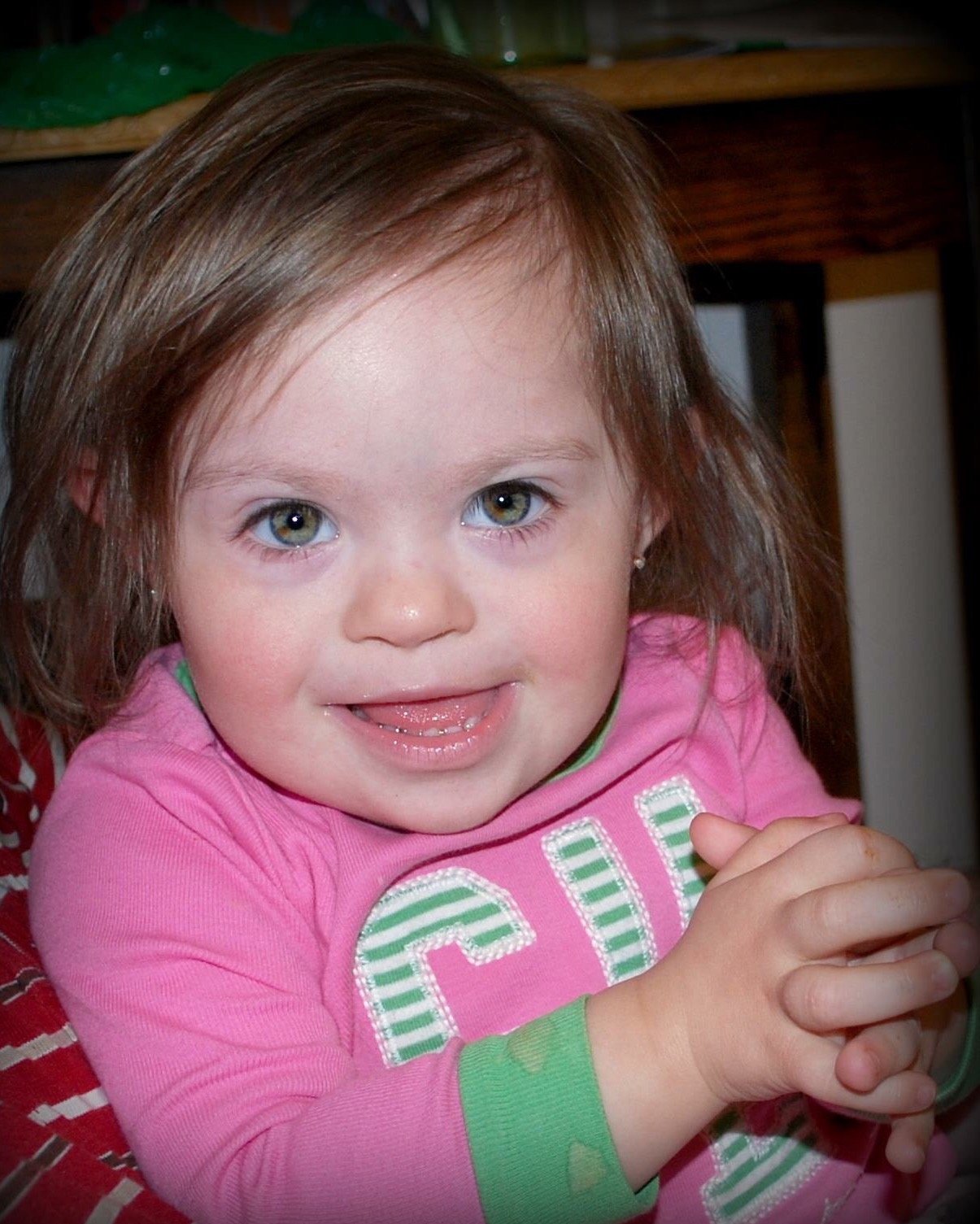 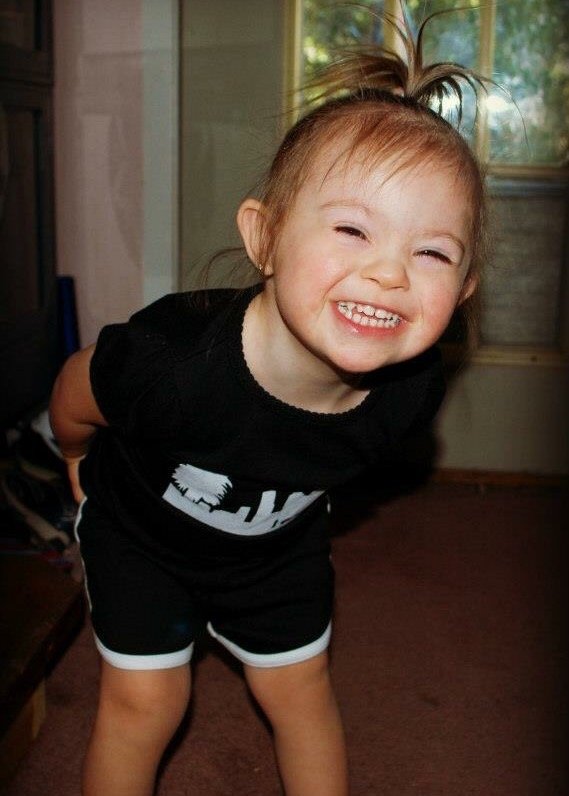 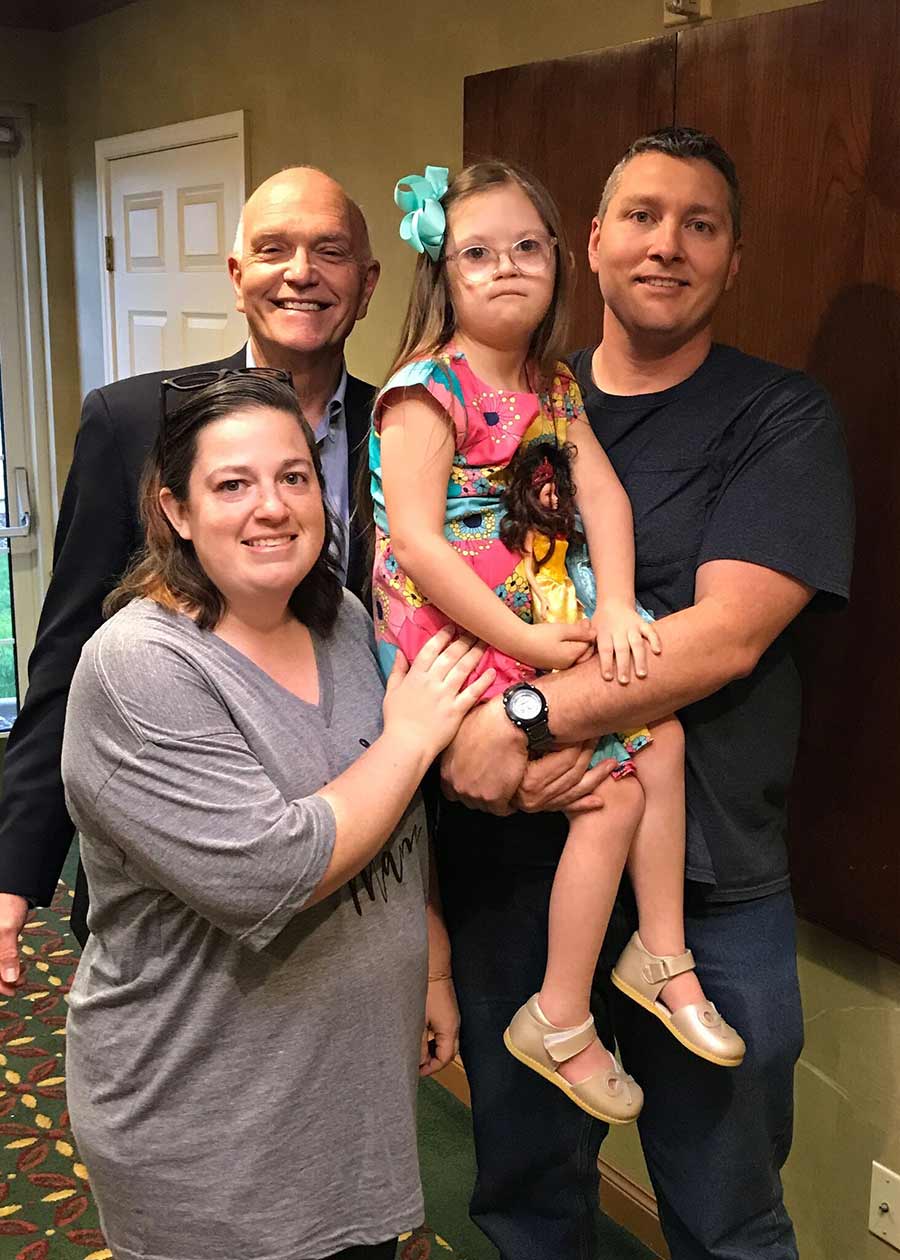 Sasha and Gary were surprised to learn that their daughter Zoey was diagnosed with Down syndrome in utero.  They were given an option to terminate the pregnancy.  Feeling like everyone has issues, they continued with the pregnancy. Several years later, Zoey has had such a positive impact on their lives they are in the process of adopting a girl from China with Down syndrome.

Expecting to only find out the gender of their fourth child, Sasha and Gary were surprised to learn that their baby had enlarged brain ventricles.  They were asked to come back a week later and there was a suspicion that she had holes in her heart as well.

Sasha said, “..they said the two things combined could really indicate a chromosome abnormality.” They said maybe I should have an amniocentesis to find out for sure.  However, Sasha also realized that they were also encouraging her to do an amniocentesis to determine whether or not they would terminate the pregnancy.

Sasha already knew that neither Gary or she would terminate the pregnancy if they received a definitive diagnosis.  Still she wondered if it was worth the risk to have an amniocentesis done. Sasha asked Gary’s thoughts about it and Gary said, “Well, you know what, it would be really better if we knew, because then we could prepare at least.”

During her next appointment they confirmed their suspicion of holes in the baby’s heart. It was then that Sasha told them she wanted an amniocentesis.  She said, “We did, and then we waited, and then my doctor called me and told me.” Her baby was going to be born with Trisomy 21 or more commonly known as Down syndrome.

Gary shared his thoughts on finding out his daughter was going to be born with Down syndrome.  He said, “At first I didn’t know what to expect, and between all of our different children there have been different issues.. It was scary at first and we thought, ‘well this is kind of new’, but through all the things we’ve been through, we’re okay as long as we’re together.”

He also explained that several of their other children had health scares when they were first born too.  Those fortunately, resolved on their own. Gary wanted to wait and see where the diagnosis would take them instead of worrying about the ‘what ifs’ of life.

The Hardest Part of Raising a Child with Down Syndrome

Due to her heart conditions, when Zoey was born she was really weak.  Sasha said, “We always knew what the heart issues that she was going to have surgery, so while waiting for that, we had to keep a really good eye on her.. I think those early days were the hardest, watching her.  She was just really weak.”

For Gary, he said that the hardest part for him has been worrying about what hurdles they have and how they are going to tackle them.

Surgery Brought Out Her Personality

When Zoey was three months old, she had heart surgery to correct the holes in her heart.  Sasha said that after the surgery Zoey did a complete 180. “She had energy, and that’s when I always say that we started to see her spunk.” said Sasha.

Before the surgery, Zoey was weak and would just sit there.  She became what Sasha described as “spunky”.

Changing the Perspective About People with Down Syndrome

The people they interact with have all been surprised with what Zoey is capable of. Both Sasha and Gary have heard several times, “Oh, wow, she can do that?”  They have used this as a teaching opportunity to share how capable people with disabilities are.

Gary explained that his co-workers all hear about Zoey’s  gymnastics and swim lessons. Something he can tell that “blows their mind”. He has realized how limited their views were before she came into his life.

Choosing  Down Syndrome for the Second Time

“We talked about it a lot over the years, and thought maybe someday in the future, we can adopt.  I guess that day just came a little bit sooner than we may have planned…I just was looking at Reece’s Rainbow one day and saw this little girl, and I just knew I was her mom.”  Sasha said. They plan to get her in little less than a year.

Advice to Other Parents

“Here’s how I always say it; there’s a real fear of the unknown…it’s an unknown and that is what feels so scary.  You don’t know what it means, you don’t know what that’s going to mean for your child and your family and all the different aspects.  I would say when you have the fear, don’t let the fear take over…the joy far outweigh the things that present themselves.” Sasha shared.

She went on to say, “All kids have challenges; we have four and I always say that all my kids have special needs.  They don’t have a diagnosis..but we’re all unique, and we all have needs that are individual to us.”