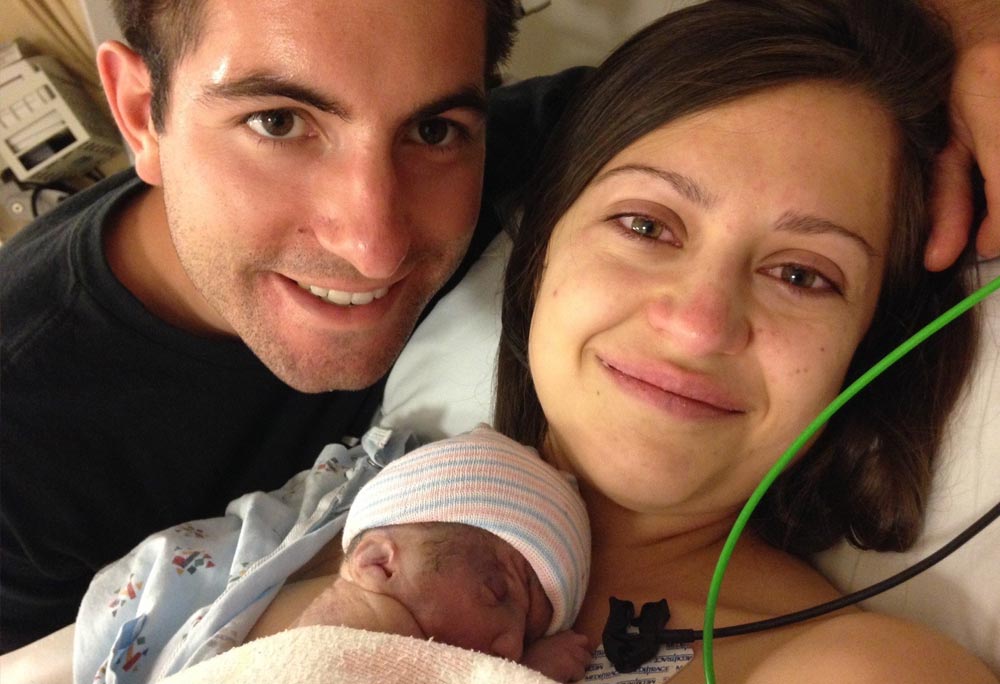 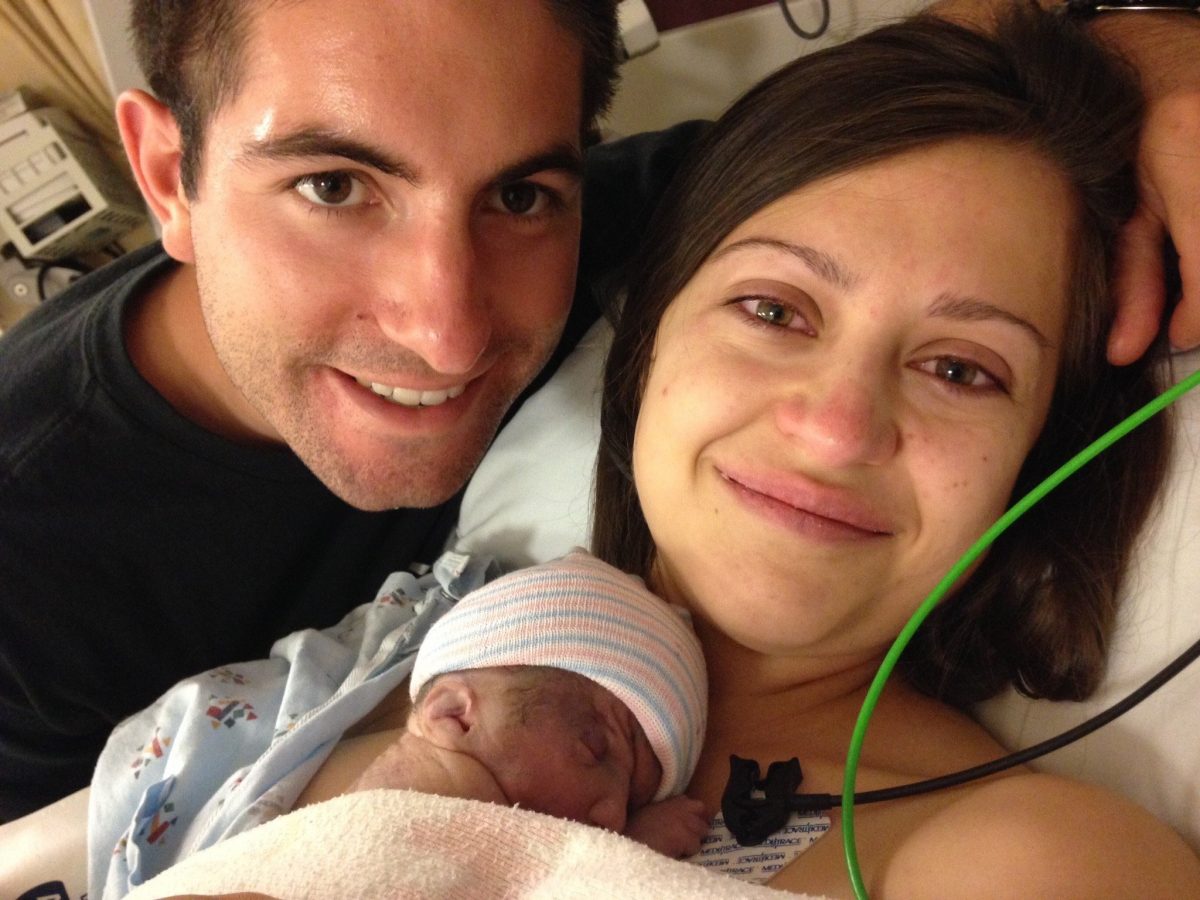 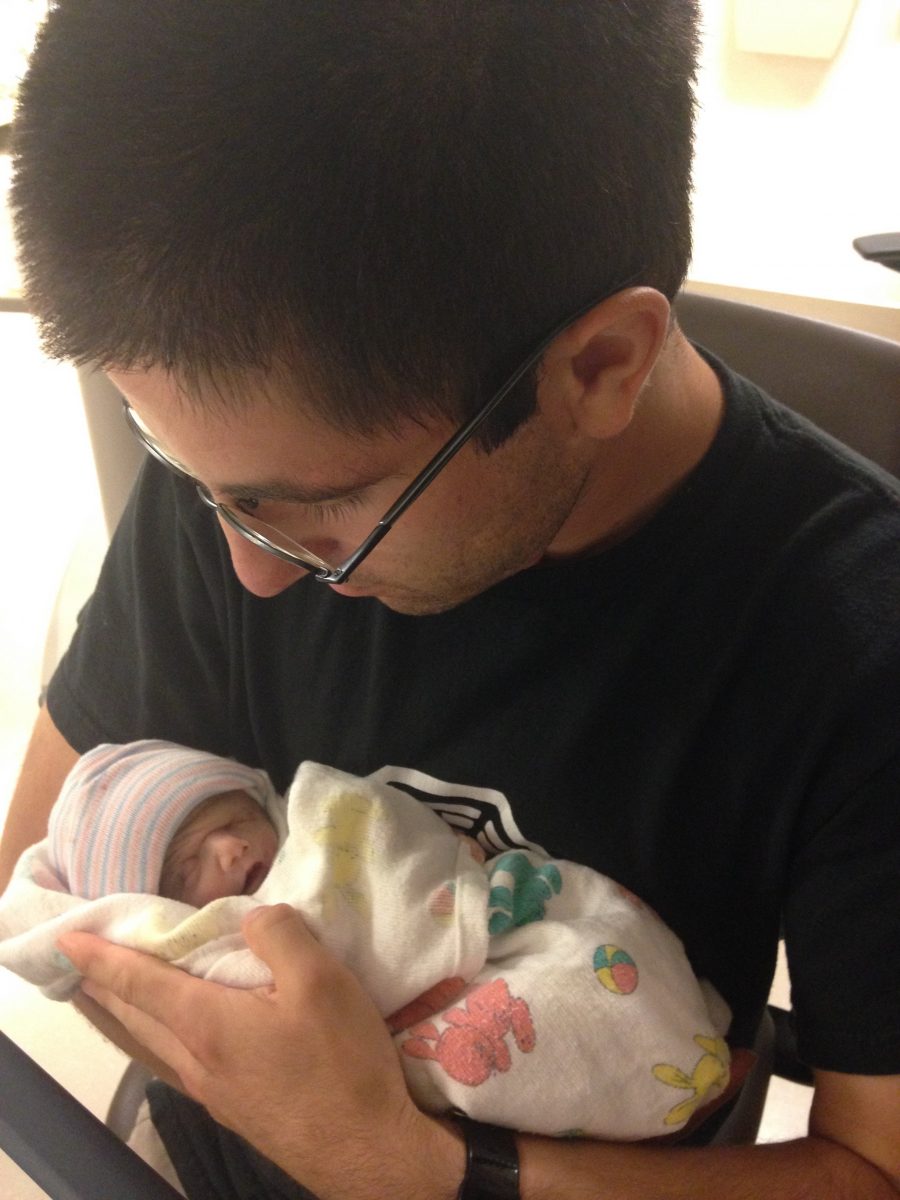 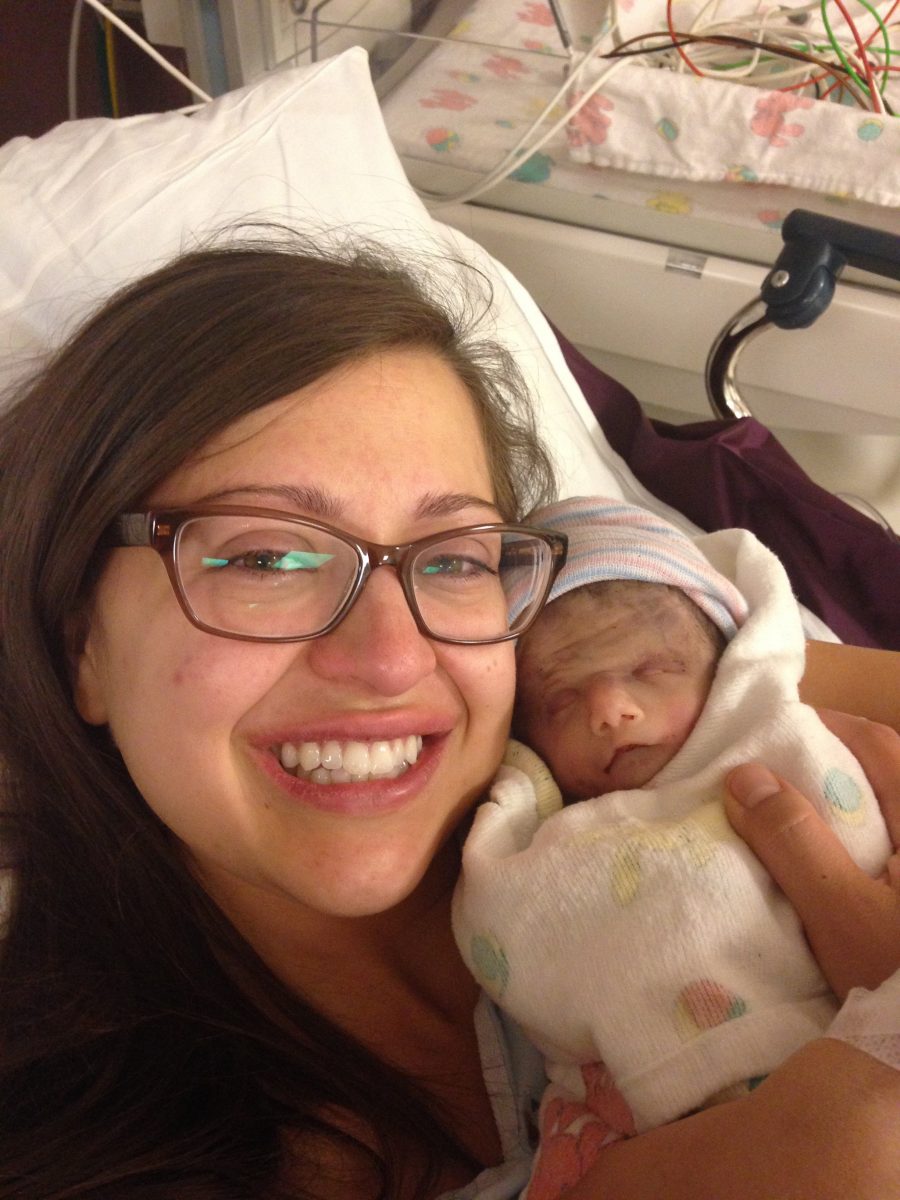 Ethan lived for 93 minutes.  He is one of the only babies to be born alive with full Trisomy 9.  His parents, Kristin and Chris were offered several times to abort Ethan.  They decided to carry to term and are happy they chose life and got to meet him.  His life has had a profound impact on their family and community.

Meeting with a geneticist

A few days later, they received a call asking them to come meet with a geneticist.  Kristin was curious why so she asked, “Is this something everybody does or is this just something that we’ve been chosen to do for some reason?”  Unfortunately, they wouldn’t give her any answers over the phone. They were out of town during that phone call and had to make the grueling three hour drive home, worrying the entire way.

“The next morning the doctor sat us down and told us that they noticed a lot of abnormalities with our baby in the ultrasound. One of the things they noticed was that his brain was missing the cerebellar vermis, so the back of his brain just wasn’t formed; it just wasn’t there.  They also noticed his heart didn’t look normal.” Kristin said.

Not knowing the diagnosis until he was born

Even though Kristin and Chris had met with multiple specialists to try and determine what Ethan’s diagnosis was, they were unsure.  Specialists speculated that it was some sort of chromosome abnormality. Kristin and Chris were asked several times if they wanted to continue with the pregnancy.

Kristin shared, “They kept asking us if we were sure this is something we were ready for. I think that’s a silly question, because I don’t think you’re ever ready for that, but we knew that we didn’t want to take any chances with him because we knew we wanted him.”

They were offered an amniocentesis but declined due to the increased risk of preterm labor.  Kristin figured that they could do the same test after he was born and receive the same results without an increased risk to Ethan.

There are many documented cases of babies being born alive with partial or mosaic Trisomy 9.  However, Ethan is one of the only cases who had full Trisomy 9 and was born alive. Kristin and Chris were told that most babies with full Trisomy 9 miscarry early on.  Ethan defied medical odds making it to term.

When someone has Trisomy 9, they have three copies of their 9th chromosome.  Aside from Trisomy 9, he was also diagnosed in utero with hydrocephalus.

Chris shared what he first thought about finding out Ethan was going to be born with some abnormalities.  He found that there were many people who shared a similar experience. They were told their baby had abnormalities and when they were born, they were perfectly healthy.  Chris was hoping that this was the situation, he wanted the doctors to be wrong.

“I think i was a little more calm than she was.  She was crying a lot, and that’s fine and natural.  It wasn’t until I started reading more about suffering in this life and the things we go through while knowing that it’s for a reason that started me crying as well..it’s for a purpose, and there is joy in it.  Which sounds crazy, but there can be joy in suffering.” Chris added.

Describing their birth experience as “happening really fast” Ethan was born via an emergency C-section.  Not being able to first initially interact with Ethan, Kristin prayed that he wouldn’t die so she could meet him.  The doctor who performed the C-section said, “I’m really sorry, but there is nothing that we can do.”

Kristin was filled with fear, thinking Ethan already had passed.  In the whirlwind of a delivery she said her brain was foggy trying to process the events that just happened.  As soon as she held Ethan, all of that fear disappeared.

Kristin said, “It wasn’t just the physical pain of having labored him, it was also the all the emotional pain and all of the mental pain and just all the different types of pain that we had gone through in the weeks leading up to his birth, it was like i forgot about it all the first time I saw him, because he was perfect.”

Not seeing his abnormalities

By all accounts, in the eyes of the medical staff, Ethan was born with abnormalities.  Kristin and Chris saw none of that. “..you just see this perfect little thing who has his dad’s hair and my nose and all those little things that you see when you look at him.  As much as the moments leading up to his birth and right after he was born were filled with so much fear, it all just went away the moment I saw him.” said Kristin.

Chris said that the impact Ethan had on their family was felt far and wide.  They had a beautiful funeral service for him. There were nearly 400 people that attended.  Chris thought, “Man, I hope that I can leave the type of legacy that he left and the type of impact that he had.”

It brought their family, friends and community closer together.  People they never expected to show up to his funeral did. “We are thankful that through his life and his death, we were able to share his story with those people.”