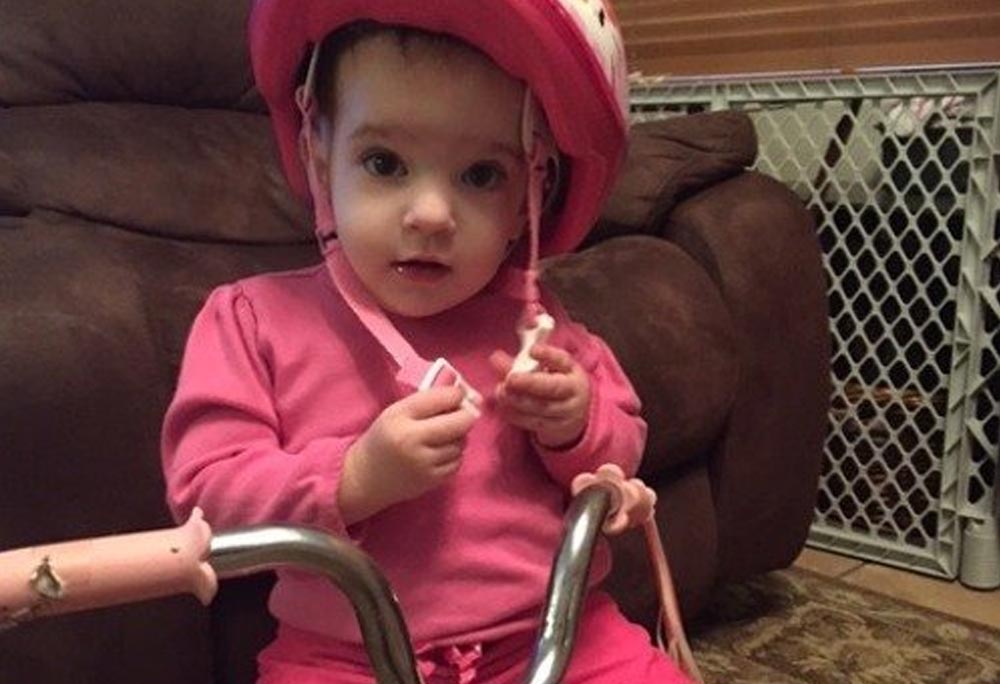 Kimberly and Bobby wanted to take no chances when they found out they were pregnant with their daughter Kyla.  They previously had a child who was stillborn after being diagnosed with Trisomy 13 in utero. After receiving normal test results they thought Kyla was going to be just like her older sisters.  Kyla was diagnosed with VATER association when she was seven months old.

Kimberly said, “When she was an infant, we noticed right away that something was not typical like our other two daughters..her doctors didn’t notice anything abnormal.  She was jaundiced and basic things that could have happened during delivery.”

After Kyla came home, they started noticing that she was having some difficulties.  “She was very crooked, and she had trouble having normal bowel movements.” Kimberly shared.  They found themselves in the doctor’s office frequently trying to figure out what was wrong.

Kyla even started going to the chiropractor several times a week to try and make her more comfortable.  When she was six or seven months old, her father Bobby discovered that she didn’t have a complete anus. With an incomplete anus, Kyla was diagnosed rapidly with VATER association.

Kimberly explained how Kyla is affected.  She said, “Hers include back abnormalities, ribs and kidney abnormalities, a perforated anus and scoliosis..We had an MRI done, which is when they noticed that she had a tethered spinal cord..they began to realize the complexity of her ribs and her vertebra, and the severity of the scoliosis that she had.  They obviously noticed at that point that she was missing a kidney and that she had two on the opposite side.”

Hardest Part for a Parent of a Child with Disabilities

“I think the hardest is when I see her scars and think back to all she has gone through..you see her with her shirt off, and you see her running around, and you realize that she’s got a back that is all cut up.  It’s devastating because she is so tiny and so loving.” Bobby said.

Learning to accept the unknown is what Kimberly says is the hardest part in raising Kyla.  She said, “I don’t know what is going to come and trusting a doctor to take your daughter to when you’re new to the situation and you have a seven-month-old who has to have an MRI…fast-forward to now..the same fear we had giving over your baby to an MRI exists today when we give her over for prosthetic installation.”

Right now, Kyla is in between surgeries.  Something that Bobby said, “..the joy is right now in enjoying every moment we can with her while she’s not in pain and is running around.  We got her a little puppy, and she is super happy. Every time I see her happy, I’m ecstatic, which is all the time because she is always happy.”

Despite her physical abnormalities and multiple surgeries, Kimberly said, “Kyle is truly the happiest kid I’ve ever met.  She never lets anything hold her back..the joy of being a mother is heightened because she embraces us so much. She loves us, she takes care of us, she comforts us, and she’s the one who gets us through the hard parts.”

Take it One Day at a Time

In sharing her advice to other families with a child diagnosed with VATER association, Kimberly said, “Your life will change, but it’s not going to be so dramatic that you can’t get through it.  You take it one day at a time, one specialist at a time, one diagnosis at a time.”

She added, “You figure it out, you work together, you get your friends together, and you get your family and your community and anybody who can help you who wants to be part of your process.  You grow in what really matters, which is loving and supporting each other. They help you through the surgeries, the recoveries, and the doctors’ appointments.. You’d think you’d get exhausted, but you don’t..It’s all in the love that you have with your kids.”