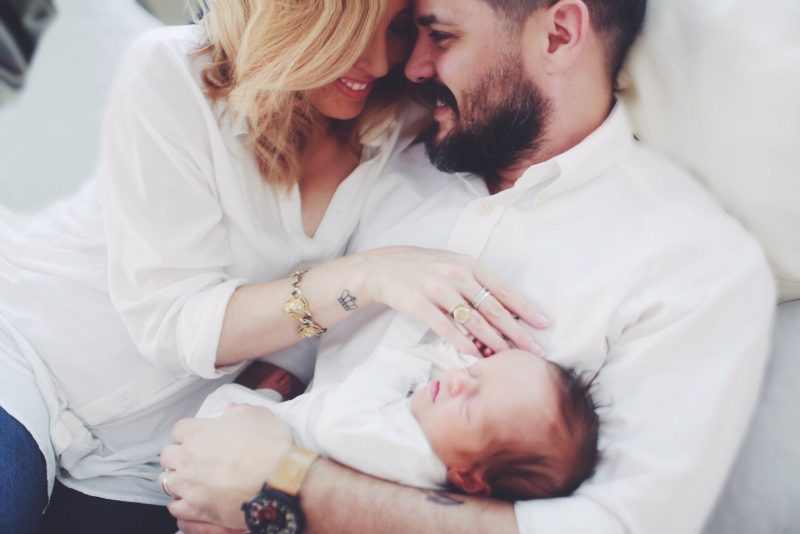 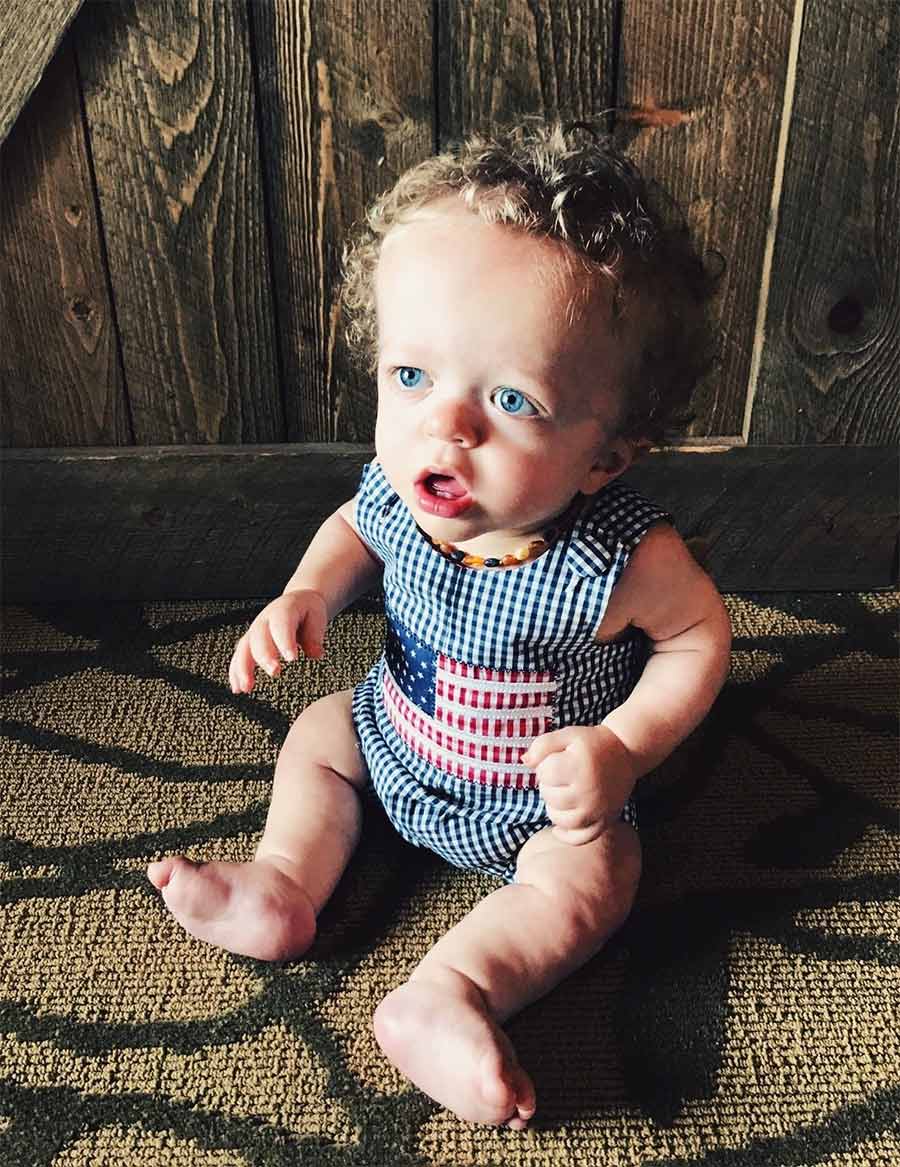 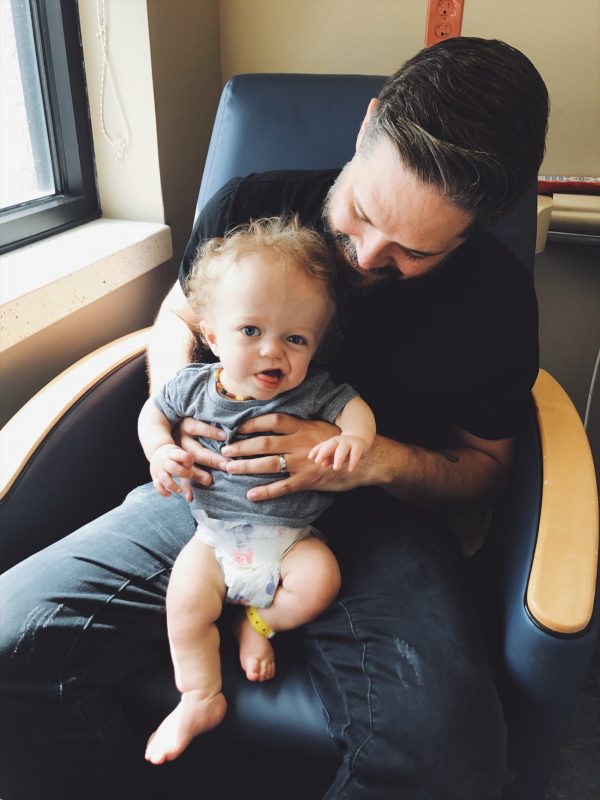 Kelly and Zac anticipated the arrival of their baby boy with excitement.  Nothing had led them to believe that he would be anything but a healthy baby.  When he was a few weeks old, they received a diagnosis of achondroplasia. They shared their experience in coming to terms with the diagnosis and how their relationship with God helped them love and accept Everett for who he is.

Throughout her pregnancy, Kelly, never had any indication that Everett would be born different.  She said, “We had only one ultrasound right around the 20-week mark, and everything seemed to be normal..nothing was ever mentioned about anything proportion-wise with his body.”

It wasn’t until they were packed and ready to take Everett home that a pediatrician mentioned that something was different with Everett.  Kelly recalled, “She first proposed skeletal dysplasia, and then she said achondroplasia. I had never even heard that word before.”

They went to their regular pediatrician who decided to do blood work.  A week later, they received the diagnosis of achondroplasia. Zac, Everett’s dad, said, “It was just really heavy.  Everything kind of stopped. At age 37 and this being my first son I’d waited my whole life for, I envisioned this child to be perfect and beautiful and joyous.”

Fearing for the future

Growing up, life was challenging for both Kelly and Zac.  They were both teased and ridiculed throughout their elementary aged years.  This immediately brought fear into their minds. They worried for what life would look like for Everett with his diagnosis.  Zac said, “I did not want our child’s life to be harder than what mine had been. I’m what the world would consider a person of average height and average intelligence, and life has been hard enough just as a regular citizen of the world”

As a young child, Kelly moved around a lot and said, “..my mind went to that place where the world can be very cold and hard. So i immediately grieved.  I thought at that moment that life was going to be that much harder, and that was challenging.”

Turning towards God in moments of despair

After initially grieving the loss of the life they thought they would have for Everett, Kelly said, “We immediately turned to God in prayer..there was a lot to work through in prayer with God as to what this looks like.”

Zac has been able to find joy in caring for Everett.  Zac said, “It I didn’t know God or know what a relationship with Him looks like or what He said about His plan for us, that the plan is not to harm us but to give us hope and future..I’m not entirely sure how i would have managed the first six months to a year with Everett.”

Looking at your life in a different way

There have been a few instances that have helped Zac learn to look at his life in a different way.  He shared, “I remember on several occasions sitting around the dinner table with other couples who were talking about their sons and how good they are at athletics.  Athletics was a great way for me to connect with my grandfather and my dad.”

He continued by saying,  “I’m realizing that my son is going to be interested in other things.  I have no idea at this point if it’s coding or video games; it will be different. It’s not any less of a life or any less of a level of enjoyment and joy; it just comes packaged differently.”

The impact one child can have

Everett was the first grandchild born on both sides of their families.  Kelly said, “He has been long-awaited, so when he came, everyone was overjoyed..our family has been extremely supportive, both sets of grandparents..Everett was welcomed in by aunts and uncles and family who were extremely loving, supportive, and in awe of him.”

Their families were cautious at first hearing Everett’s diagnosis.  Zac said, “Once we were given the green light to go about our daily lives..I think our entire families just kind of breathed a sigh of relief. From that point, it really is just making sure Everett’s identity isn’t founded in his diagnosis and that he is recognized as a normal person.”

Zac jokingly said, “Everett has more followers on Instagram than I did for the first five years that I was on there.  I mean it just has been incredible.”

Everything happens for a reason

“My final thought would be that nothing in an accident.  I don’t believe in accidents. I think that God ordains our steps, and I think everything He makes is beautifully and wonderfully made.” Kelly said.  She said that she knows Everett came into their lives when they needed it most.

Zac had one last thing to add.  He said, “I would definitely encourage those who are just swimming in it and don’t know where to seek counsel, that they seek that from a community of people who have received the same diagnosis..it definitely calms the waters. It will begin to transform our mind into one of gratitude..you just have to stay faithful and committed to raising your own human.”