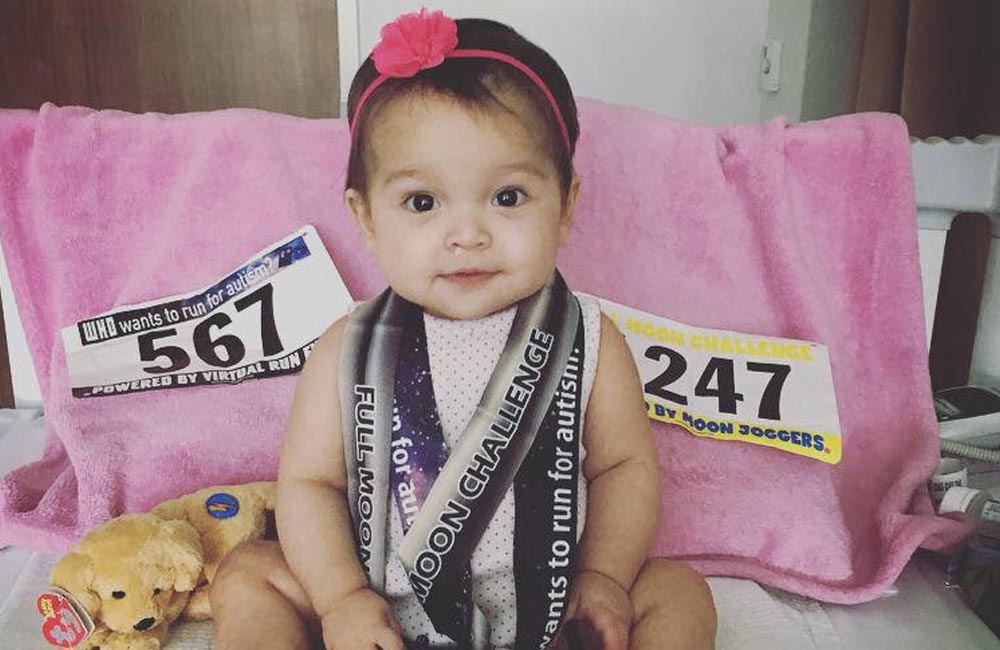 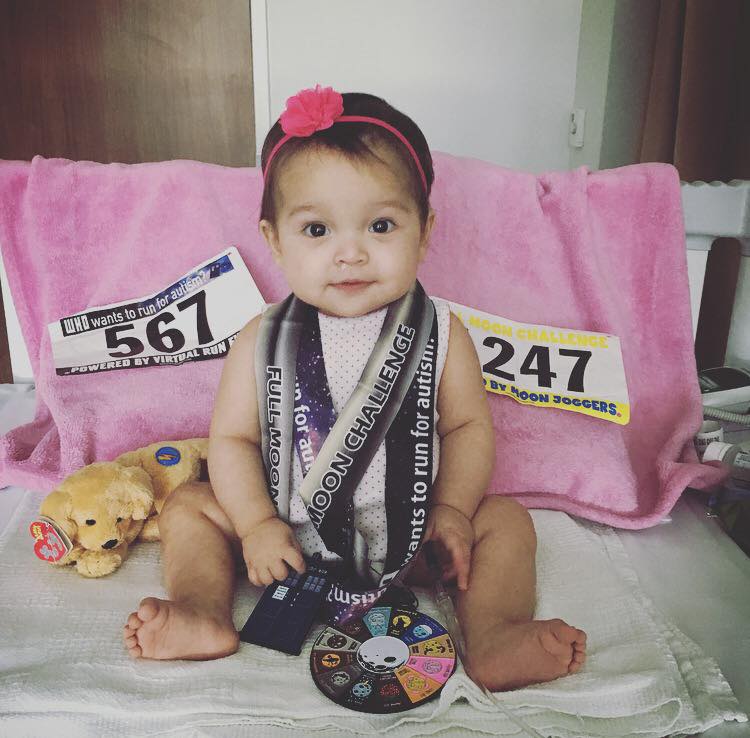 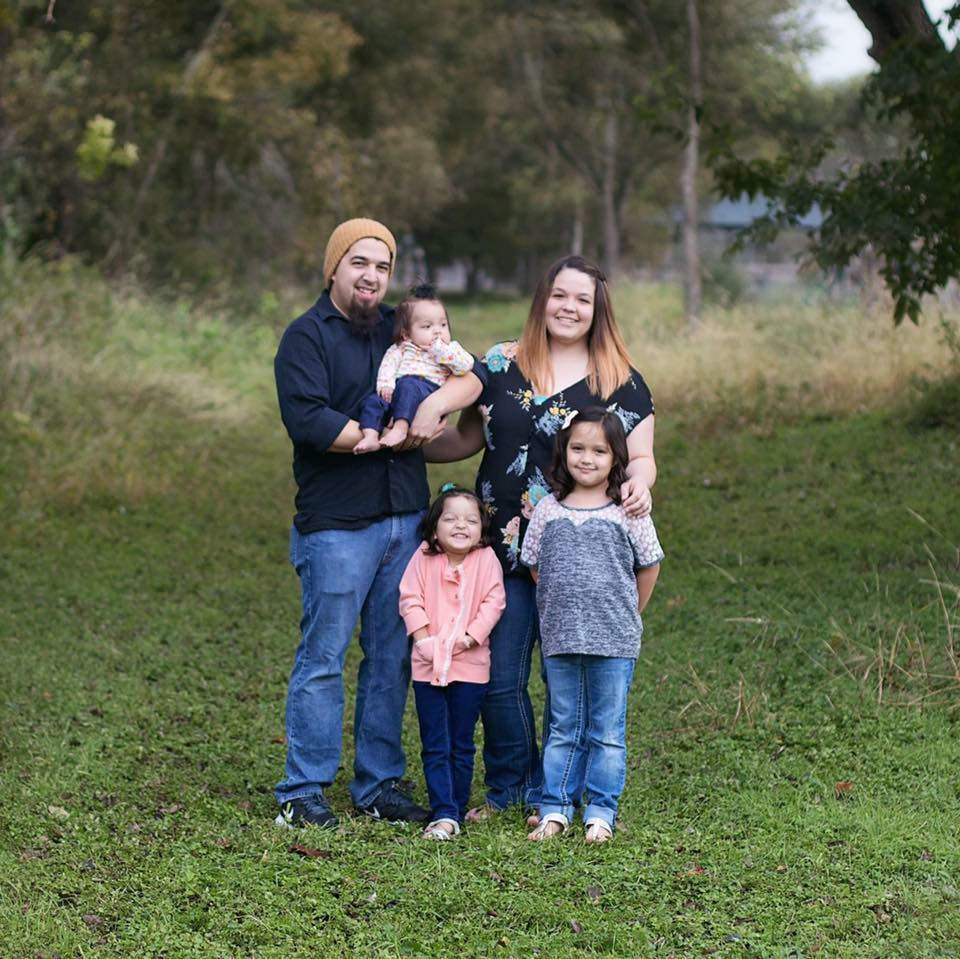 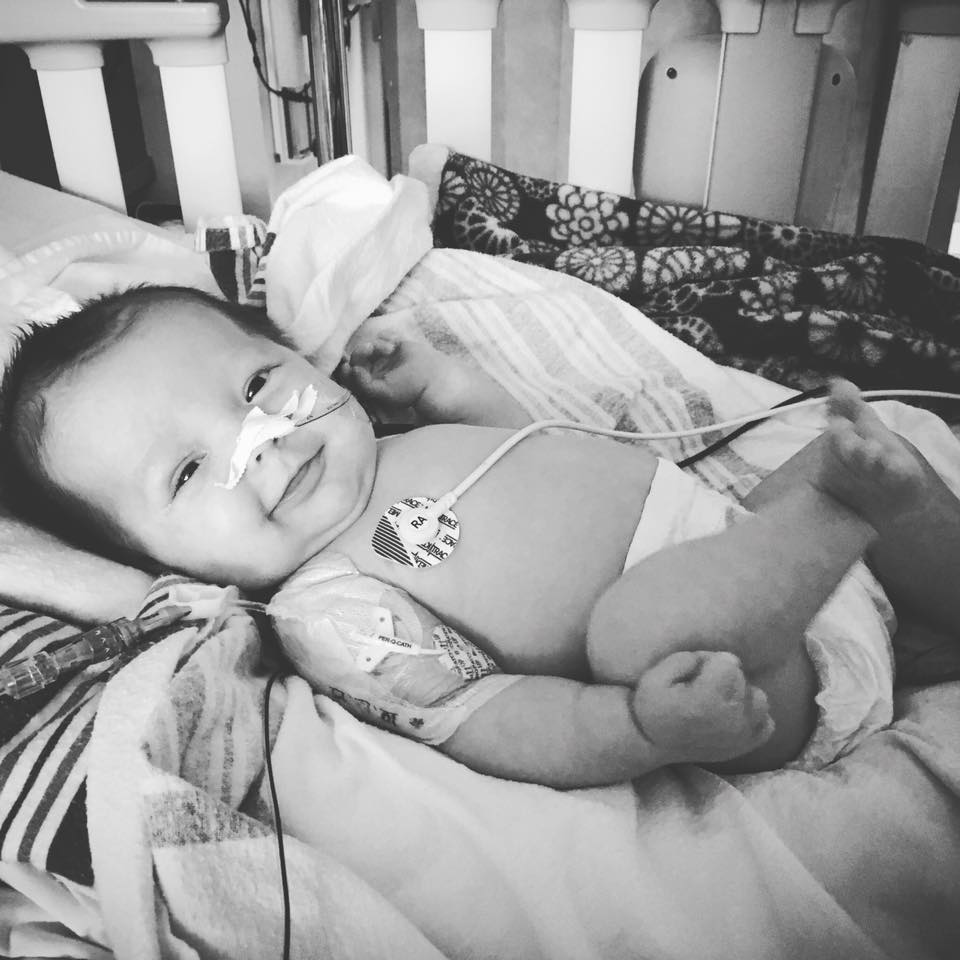 After a trip to the emergency room, Katie and Eric found out their 8-week old daughter, Emerson, had congenital nephrotic syndrome. This condition typically leads to irreversible kidney failure.

Don’t be Scared Even When it’s Hard

Emerson was about 8 weeks old when she developed a fever and her parents, Katie and Eric, took her to the emergency room. At the hospital, the ER doctor asked them if Emerson normally looked that way. “She looked like this when she was born,” said Katie. The doctor told them that there was something critically wrong with their baby and Emerson was admitted to the intensive care unit.

“They ran a series of tests, but they couldn’t determine anything at that point,” said Katie. “They went from thinking it was her heart, to her gastro system, and then they finally settled in on the kidneys, after about five days.”

“I remember the nephrologist coming in and telling us she suspected congenital nephrotic syndrome. It’s a rare genetic issue, so she wanted to run a few more tests,” said Katie. The doctor didn’t want them to google it or research it because the information would scare them.

“But she did google it, though,” said Eric.

“I pulled it up, and it was terrifying. The first thing I read was that most patients don’t live past the first year,” said Katie. “I mean, it was heart breaking not knowing what was going to happen or what her prognosis was going to be.”

Once the doctors confirmed the diagnosis, they referred Katie and Eric to a specialist who had success with treating this disease. Emerson was transferred to another hospital where that doctor worked. “That’s been our home away from home ever since,” said Katie.

Emerson is now two years old and one of the hardest things for them has been not knowing what’s going to happen. “She has definitely not been textbook at all, by any means. She is writing her own novel here, and every day it’s something different,” said Katie. This also makes it difficult juggling the needs of their older children. “They are seven and five, and not only did our world change overnight, but so did theirs. I primarily stay at the hospital with her,” said Katie.

“That’s the hardest part right there, when she gets admitted. She doesn’t stay for 24 hours. It’s usually two to three days, sometimes weeks at a time,” said Eric. “I work nights, so I get home from work and watch the girls all day.”

Katie’s mother comes over at night when Emerson is in the hospital, to stay with their other daughters while Eric is at work. Katie also had to quit her job in order to provide the care that Emerson needs. “Between all the different appointments and therapies, and trying to keep up with everything, it was difficult because she requires 24-hour care,” said Katie.

Waiting to Gain Weight for a New Kidney

Emerson does dialysis nightly in their home for 11 hours continuously. “That essentially is what’s keeping her alive,” said Katie. Eric and Katie know that Emerson will need to have a kidney transplant, but she needs to weigh at least 10 kilograms, which is a little over 22 pounds, to even be considered for the surgery. She’s close to that weight now and at the point she makes the weight requirement, Eric and Katie will meet with the transplant team.

“They will do a series of tests, blood-work, ultrasounds and all different types to make sure that she is not only healthy and can withstand the transplant itself, but that she’s also size appropriate,” said Katie. “She has to be able to fit an adult kidney into her tiny, little abdomen.”

They are hoping that she will meet the weight requirement soon. “She is 9.8 kilograms and is getting extremely close to getting her referral,” said Katie. “We are praying that next month she gets her referral.”

Alongside the Trials, Comes Gratitude

Katie and Eric describe some of the joys that Emerson has brought to their family. “It’s really made us all more humble,” said Katie. “Our older girls know things that most seven- and five-year-olds don’t.” Emerson is starting to walk. “When she takes her first steps, they get so excited,” said Katie.

“It just really makes us more grateful. She has brought us all together, more so even our extended family. It’s inspiring to see that even though she goes through everything, you wouldn’t look at her and think she’s sick,” said Katie. “It’s hard to be sad and have a pity party when she doesn’t, so why should we?”

Advice to Other Parents Facing a Diagnosis of Congenital Nephrotic Syndrome

“It may be hard now, but it pays off every day. Every night I go to bed, and even if I’ve had a hard day, even if I know that tomorrow is just going to be the same thing, different day, I know that it’s what was meant to be for us,” said Katie.