Good in Our Community – PKU Adoption 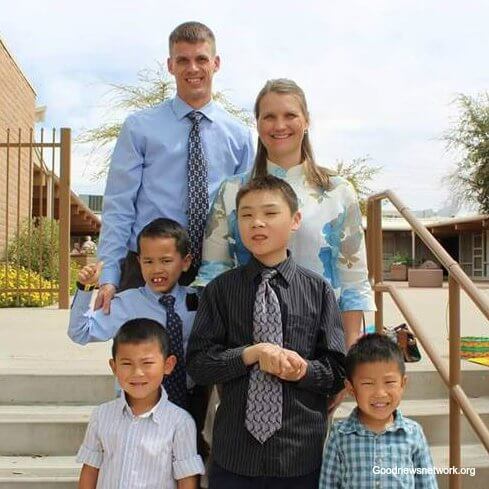 For this weeks good in our community post, I wanted to focus on an amazing family. The Smith family is the type of family that we all aspire to be. Kristi Smith was born with a condition called Phenylketonuria or PKU for short. PKU is birth defect that causes an amino acid called phenylalanine to build up in the body. Basically, a person with PKU lacks the enzyme required to break down phenylalanine. Without being able to break down phenylalanine, a dangerous buildup can develop when a person with PKU eats foods that contain protein or eats aspartame, an artificial sweetener. This can eventually lead to serious health problems. If PKU is left untreated, it can lead to seizures, rashes, intellectual disability, delayed development, behavioral problems or psychiatric disorders.

Talk about a daunting list! Luckily, Kristin had great parents who were able to keep her PKU in check. Kristi is on a low-protein diet and drinks a special dietary formula. She was able to graduate high school, college with 2 degrees and marry Matt. Eventually Matt and Kristi started talking about the idea of having children. The Smith’s did some research and learned that PKU and pregnancy often ended in miscarriages or in fetal abnormalities. Instead of risking the heartache, they looked to adoption.

While on their quest, they discovered 2 children in China with PKU in need of a home! How perfect is that! These children were lucky enough to be in an orphanage where they understood and cared for their condition. Kristi also heard of 2 other boys in China with PKU who needed a home.

What do Matt and Kristi do? They fly clear back to China and adopt these boys too!! Unfortunately, one of the boys was not as cared for in his orphanage and with lack of treatment, it caused him to have some developmental delays and other issues.

Now Kristi and her 4 boys, drink their special formula everyday together. The boys are all thriving!

This story makes me want to love and take care of all of the children in orphanages with disabilities or special conditions. My heart hurts for those who are forgotten and lonely. I am so happy Kristi and Matt were able to give love and hope for their 4 boys!