Gina: Down Syndrome and SMA 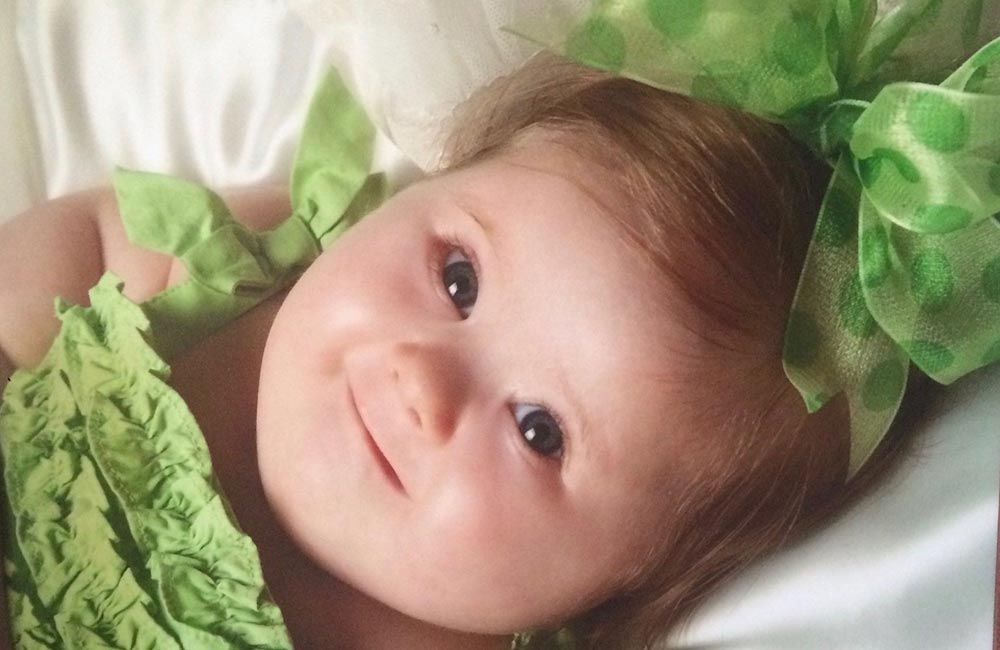 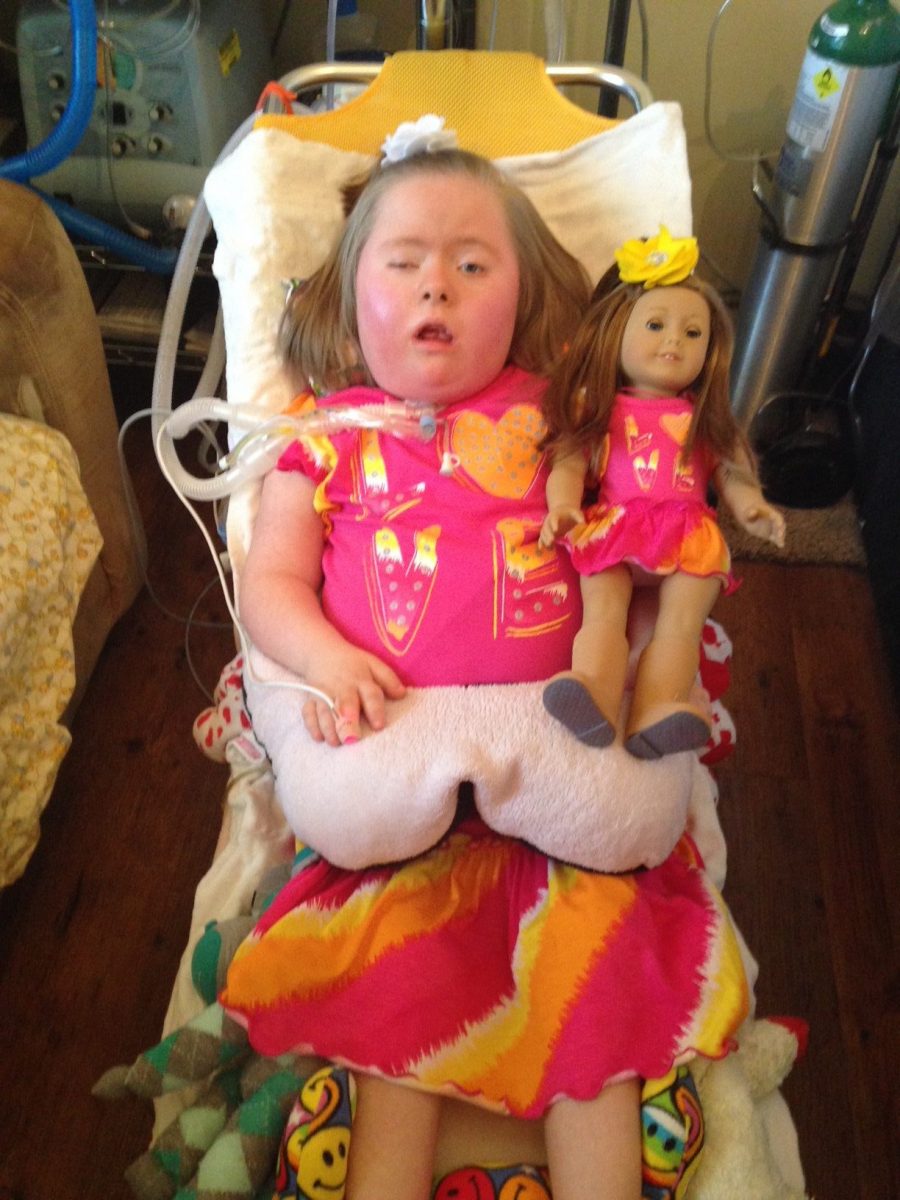 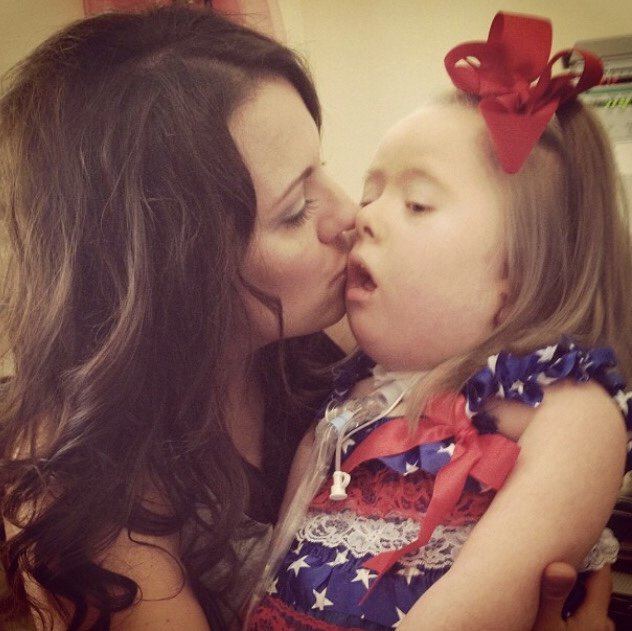 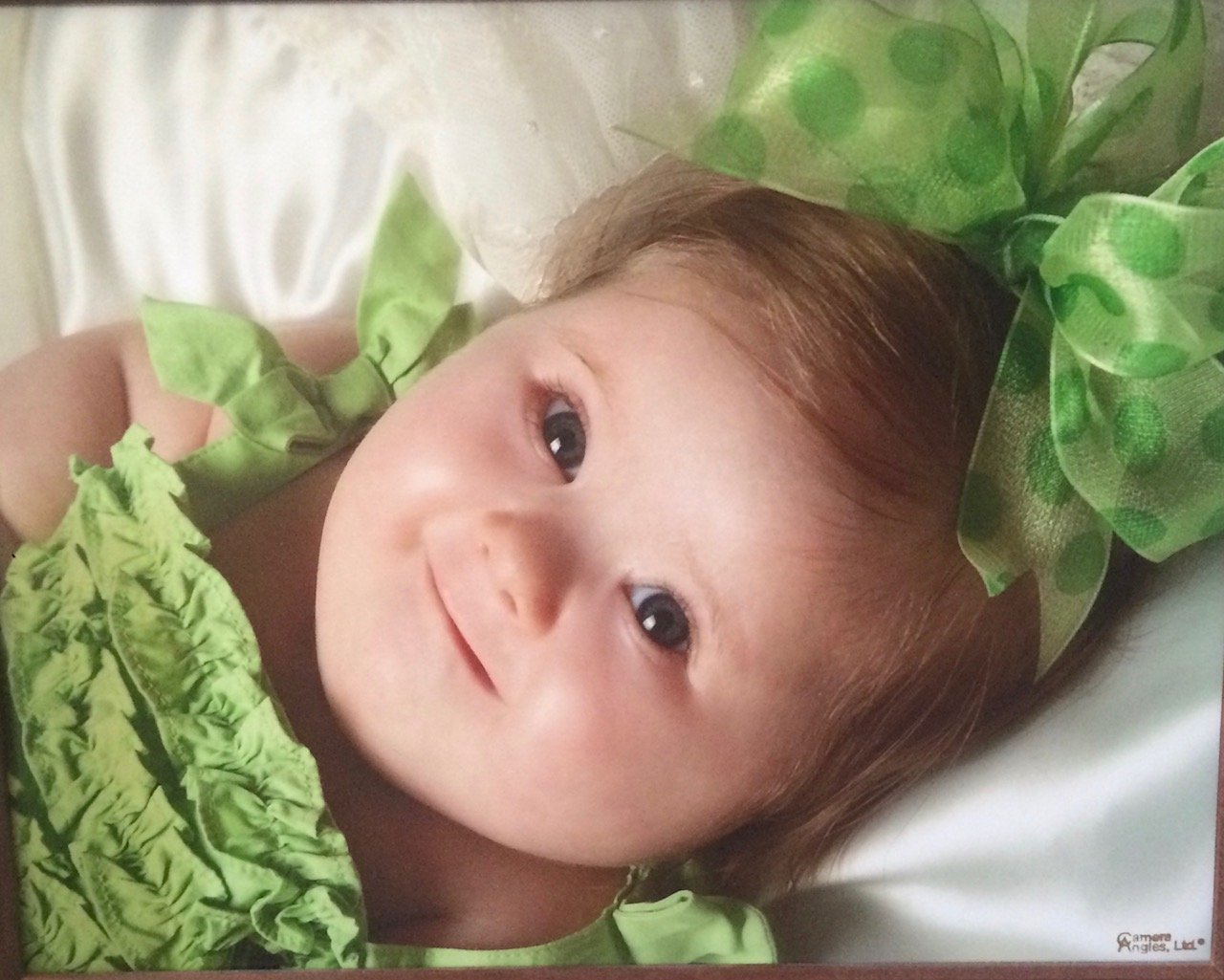 When Gina delivered Larkin, after seeing her, she knew immediately that she had Down syndrome.  It wasn’t until Larkin was a few months old that they realized she had some other abnormalities as well.

Gina shared her experience in finding out her daughter, Larkin had Down syndrome.  She said, “I had her via C-section, and my doctor showed her to me over the little drape; I knew immediately she had Down syndrome.  He looked at me, and I looked at him..it was just a silent conversation between us. We didn’t have to say a word; we both knew what it was.  Larkin’s dad had no idea, he was just happy.”

Larkin was struggling to breath as well as struggling to feed.  Larkin was in the NICU for a while when one of the nurses suggested that Larkin receive a feeding tube. They wanted Larkin to be able to go home and get stronger.

“The Most Stressful 11 Days of My Life”

Larkin was sent home from the NICU with a feeding tube, a nasal cannula and a O2 monitor.  She was only home for 11 days before she was admitted back to the NICU. Gina recalled, “She was home for 11 days, and I tell everyone that it was the most stressful 11 days of my life.”

Being Readmitted to the NICU

Prior to going home after Larkin’s feeding tube surgery, Gina was told to come back in if the feeding tube became loose.  Gina said, “I called Larkin’s dad at work and said, ‘I think her feeding tube is loose. We should probably take her to the hospital.”

After arriving home from work, they brought Larkin to the hospital. Immediately readmitted her to the NICU.  Larkin’s oxygen levels were not stable. Gina said, “..within a few days, she coded and had to be intubated, at that point, they consulted a neurologist.”

The neurologist suspected that Larkin had spinal muscular atrophy or SMA.  Gina had never heard of SMA before. The neurologist advised her not to worry about it until the results came back.  Gina of course, Googled what SMA was.

Gina said, “I just broke down. What I read was that it was the number-one genetic killer of age two and under, and they lose the muscle to breathe and feel well..I had to wait 14 days for the test to come back and it was positive.

More specifically, Larkin was diagnosed with SMA type 1.  SMA is a progressive neurological disorder that results in muscle death and loss of muscle.  Having already researched SMA, Gina knew her options and had made up her mind. She said, “I knew my options were to have her trached and put on a ventilator or to basically extubate her and let nature take its course..at two-and-a-half-months-old, she had the trach surgery, and she’s been on a vent ever since.”

12 Years of Raising a Medically-Complex Child

Despite having SMA and Down syndrome, Larkin is 12 years old. Gina said, “I’m not going to tell you it has been easy; it has been a roller coaster”.  She explained that for her, taking care of a child with disabilities that requires several different machines has been the most difficult part in caring for Larkin.

She said, “..when they’re hooked up to so many machines that you can’t really leave.  I stay in her room all the time if I don’t have nurses, so I’d say that’s been difficult because of her care”

Raising Larkin has Been Well Worth It

Even though Gina said that raising Larkin has been somewhat of an emotional roller coaster, she also shared the many joys that have come.  She stated, “She’s just like my best friend. I hold her hand all night long..we watch TV or we paint fingernails, and we just make the best of it.”

“She’s such a happy girl..It’s just so magical with her, so happy being able to be with her.  Those are my joys. She loves everyone, and we have so many more friends just because of Larkin.”

Larkin is the Only One in the World

Gina said, “Larkin is the only person in the world with Down syndrome and SMA type 1, so we call her a unicorn..she makes me so much stronger, more independent, more outgoing and more bold.  I see that for myself, and I see that for her. I have to advocate for her.”

“There are so many times that I’ve saved her life, literally saved her time..I’m the one who’s on call  24/7. I run in the middle of the night and save her life, and I kind of feel like she saves mine because she is amazing.”