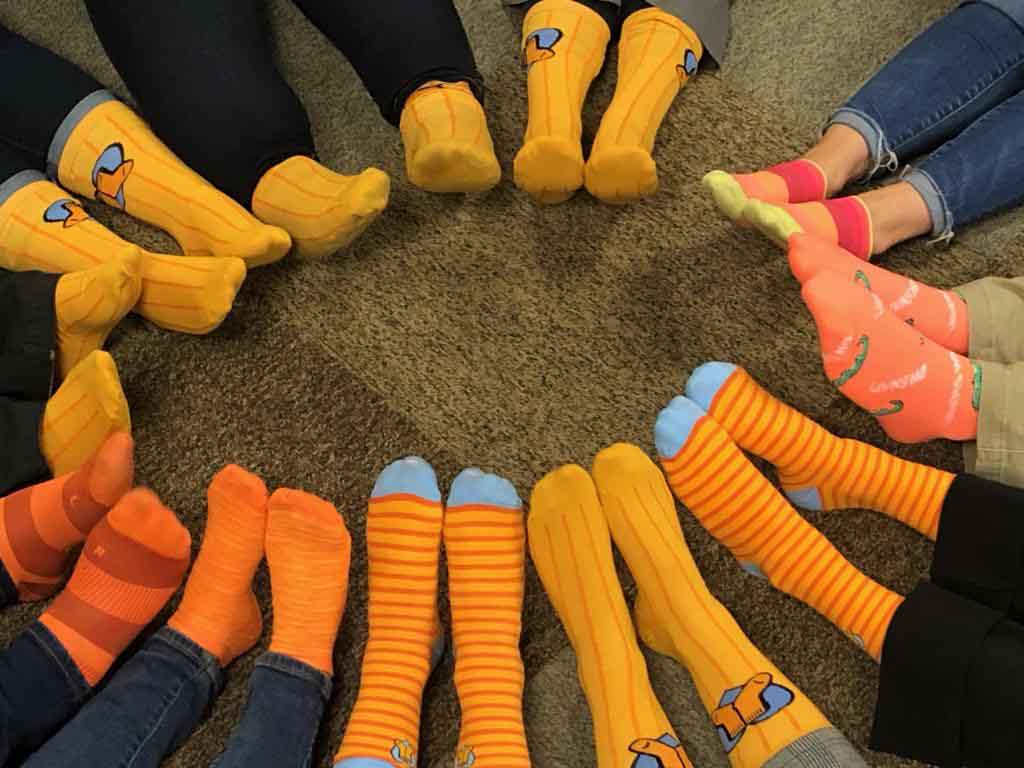 November 13th was the first annual Orange Socks day. We made a huge impact on the community and were able to reach people through multiple platforms. In the past month Orange Socks was featured on four different news stations and celebrated in close to a dozen workplaces Nov. 13th. Tens of thousands of people were reached through social media efforts and hundreds of Orange Socks flew off of shelves in preparation for Orange Socks day.

One reporter covered Orange Socks day in Oregon smiling and dangling his Orange Socks on air saying, “These are my new pair of socks…the message behind the socks are profound. It’s a message of acceptance and compassion for people with disabilities.”

In Utah, the entire RISE management team wore orange socks, took a picture, and posted socks on their company Facebook page. They linked the story on the Facebook page to remind staff and friends to wear the socks. A lot of staff bought their own orange socks online and wore them.

In Oregon, RISE employees ran a social media campaign and the management team gave out more than 50 pairs of orange socks. The RISE Portland office tye-dyed their socks orange, the RISE Salem office had a pizza party, and in Eugene the RISE staff had an Italian soda party. They also landed a radio spot and TV interview.

In addition to the hundreds of employees who celebrated Orange Socks day in their offices, hundreds more people around the U.S. wore their orange socks and dozens posted on social media. The world-famous Herrin twins took time to film a YouTube video about inclusion and disabilities with the President of RISE and founder of Orange Socks Gerald Nebeker. We even got a shout out from the cute Happily Henry and his mom.

In an Orange Socks day news article on KSL, Gerald told the KSL reporter that exposure to people with disabilites leads to advocacy.

“Ignorance works against acceptance and inclusion,” Gerald said. “We want people to get to know individuals with disabilities and say, ‘They are more like the rest of us than they are different.’”

Finally, leading up to Orange Socks day a handful of moms filmed themselves sharing what they wished people knew about their child with a disability. These videos were shared dozens of times on Facebook and viewed thousands of times.

We were humbled to see through various mediums. tens of thousands of people across the U.S. and beyond were introduced to Orange Socks  this past month, and next year we firmly believe the message will only continue to snowball. Eventually, wearing Orange Socks as a symbol to accept and include people with disabilities will spread to millions. 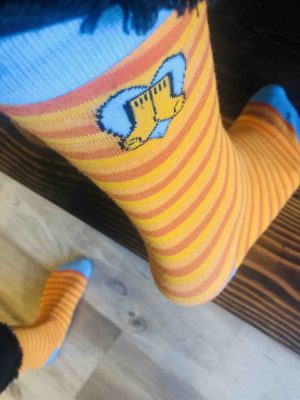 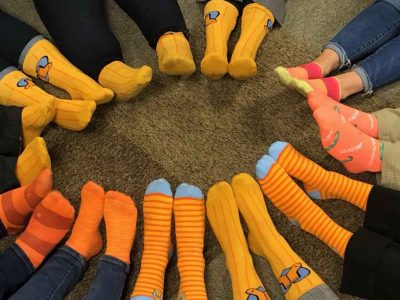 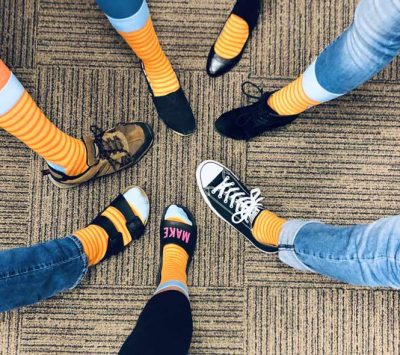 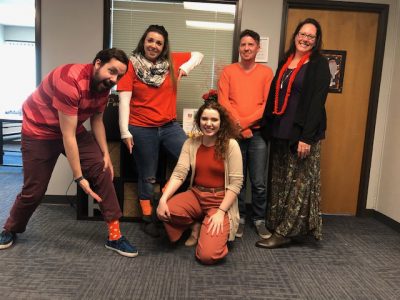 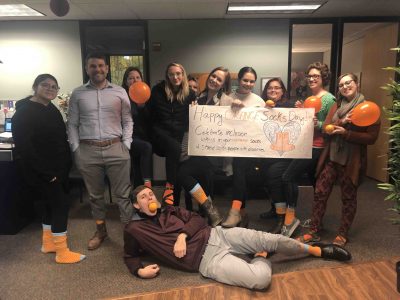 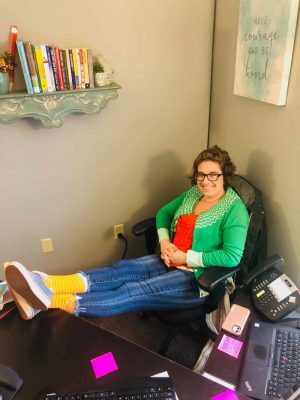 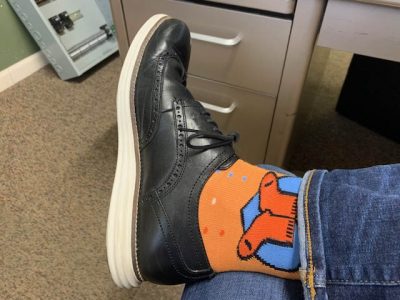 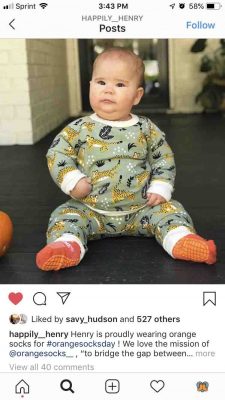