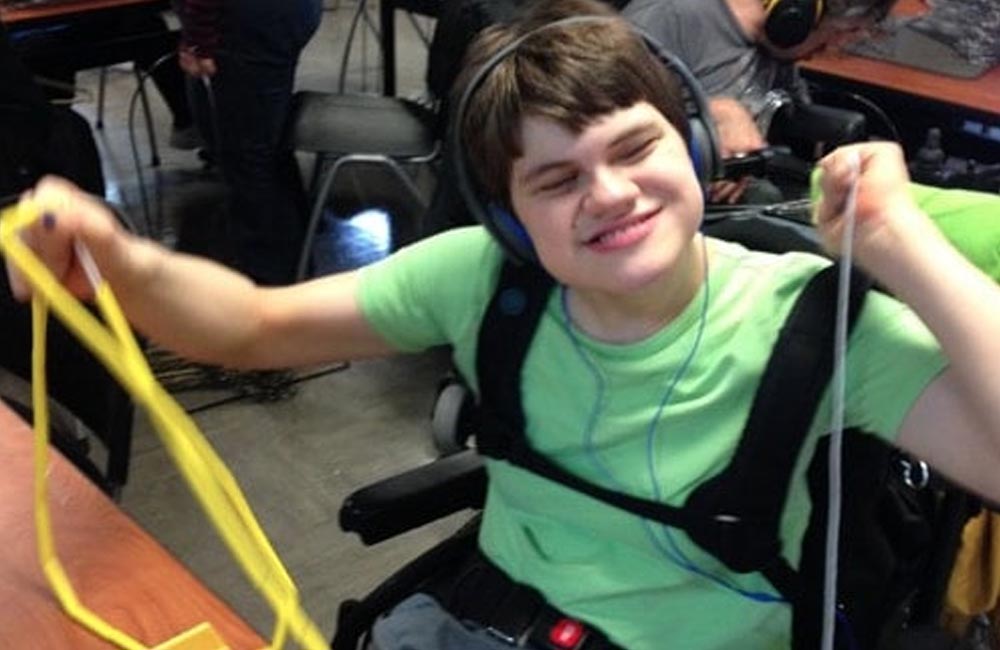 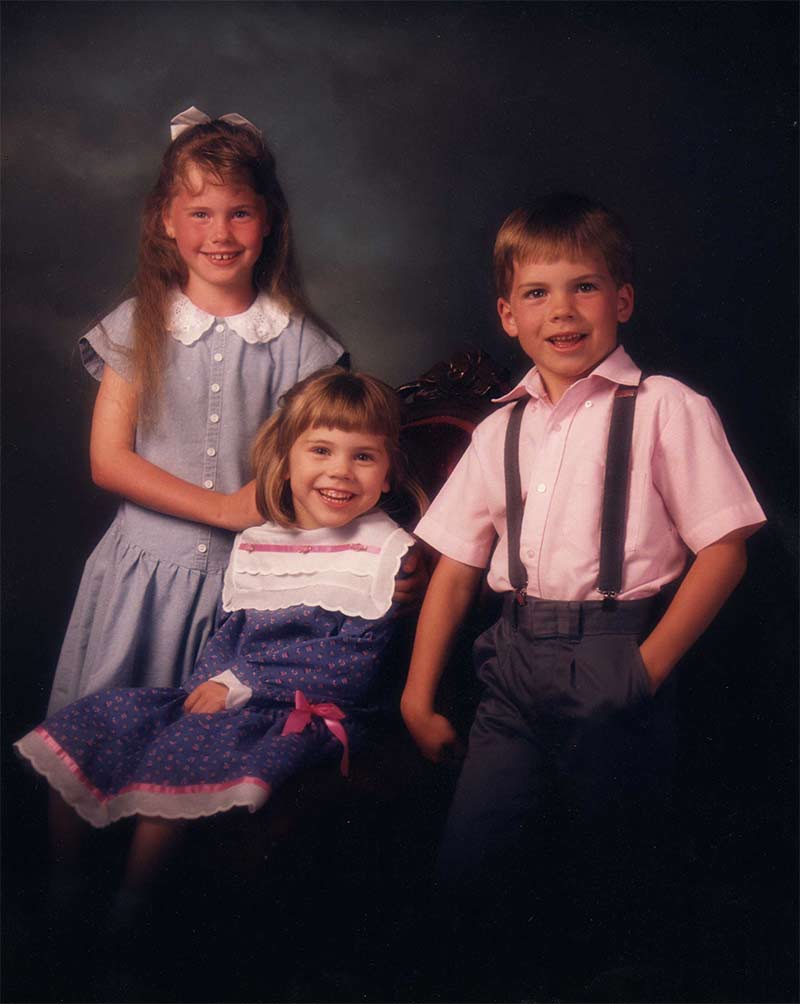 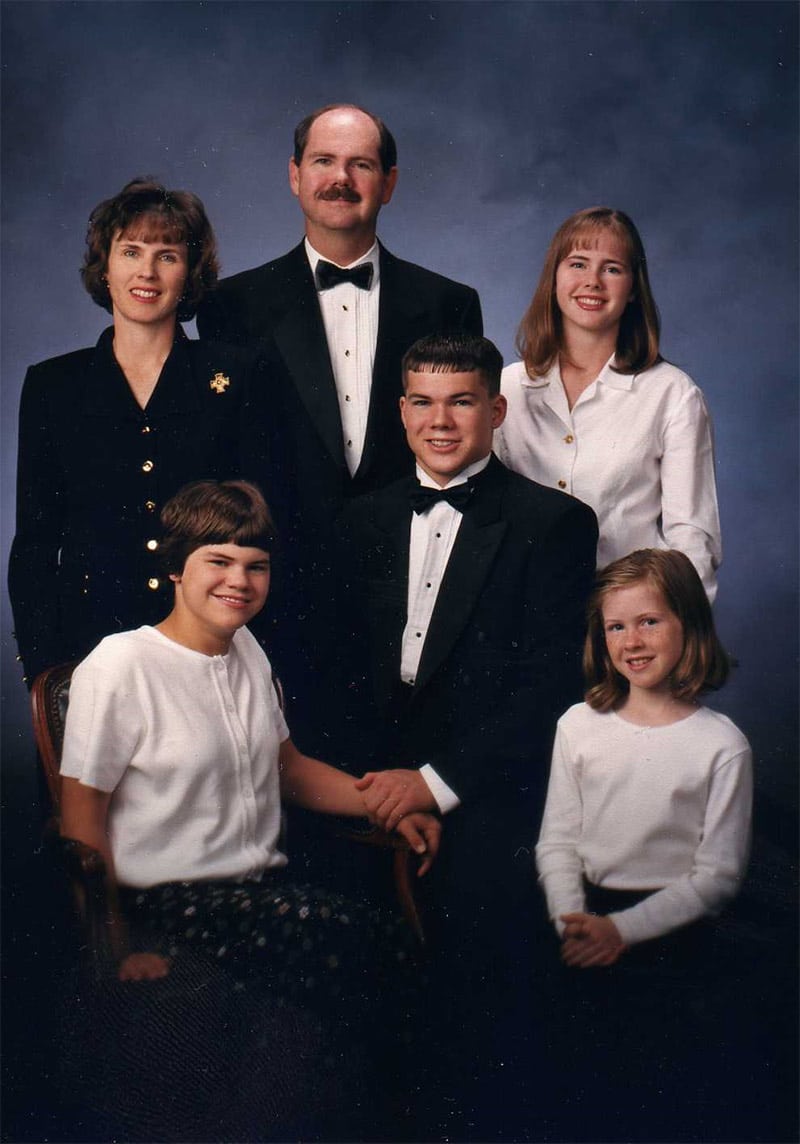 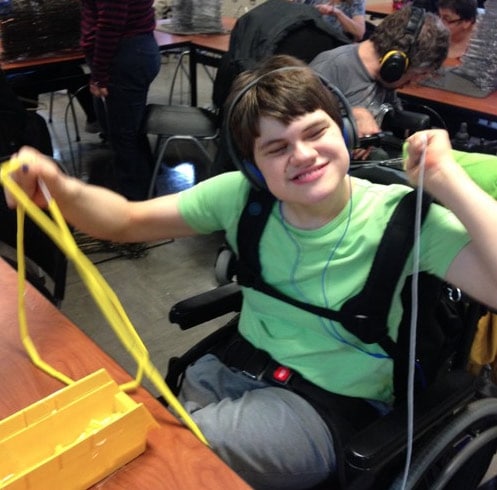 Deborah and Kent experienced the worst nightmare a parent could have.  Their two-year-old daughter was miraculously brought back to life after drowning.  As a result, Heather lives with a traumatic brain injury.  The last 34 years haven’t been easy for Deborah and Kent but they have been worth it.

On a Fall day, Deborah and Kent’s four-year-old daughter ran into the house to tell them that Heather had fallen into a ditch and was sucked into a culvert.  The girls were following a group of neighborhood kids to a nearby 7-11 when Heather noticed the water. She leaned over for a closer look and fell in. Kent frantically searched for Heather in the water-filled ditch.  Neighbors noticed Kent and Deborah searching and called the police.

Before police arrived, a neighbor jumped into the ditch with Kent to search.  The neighbor’s two boys had gone a block up the road to divert the water to another culvert.  This lowered the water level where Heather had fallen in. As the water level dropped, they could see Heather’s legs in the culvert.  “At that point, I kind of fell apart,” Kent said. The men were too big to fit in the culvert and couldn’t reach their arms far enough.  The neighbor called over his ten-year-old son and told him he was the only one who could go in and save her. After two attempts, he managed to grab Heather by the hair and pull out her lifeless body.  Paramedics were miraculously able to revive her after being underwater for more than 20 minutes.

Little Miracles in the Hospital Give Parents Hope

Heather was life-flighted to a children’s hospital then admitted into the children’s ICU.  “We were put into what we found out later was called the grieving room which is where they put families whose child is going to die,” Deborah said.  Heather was sedated and placed on a ventilator. For hours, Deborah and Kent just waited and hoped for a miracle. During the night, a nurse brought them to see Heather.  The drugs had worn off and she was awake and fidgeting a little. They spoke to her before being sedated again. “That was the first sign where we thought there was a chance,” Deborah said.

The next two weeks in the ICU had its ups and downs.  At one point, doctors said she needed surgery. They believed Heather had internal bleeding.  Kent gave her a blessing. When they were ready to do surgery, a new x-ray revealed no fluid in her abdomen.

Out of the ICU

Heather remained in the hospital for another seven weeks.  She had no reflexes, was being fed through an NG tube, and was cortically blind.  The traumatic brain injury caused Heather to be stiff and rigid. Doctors were afraid her muscles would atrophy in that position so she was given sedatives every few hours.  “She would do this horrible moaning sound which was very traumatic,” Deborah said. Heather was not able to do a lot, but they realized she could hear. One day Deborah’s other two children came to visit and sing Heather a song.  “She just stopped and you could tell she could hear,” Deborah said.

Caring for a child with a TBI

Hospital staff encouraged Deborah and Kent to send Heather to an institution because she would be “too much work” to care for at home.  “She turned two while she was in the hospital and we both felt that she was still our baby. We weren’t about to send her to an institution without at least trying to care for her ourselves,” Deborah said.  The insurance company agreed to pay for the facility if Heather went straight there from the hospital. But, if they took her home and changed their minds later, they refused to pay for it. Knowing this, Deborah and Kent were determined to care for Heather themselves.

They asked the doctors on multiple occasions as to what they could expect Heather’s abilities to be.  “His prognosis was the likelihood of any improvement in her ability to ever see again, to talk, to move her extremities – that wasn’t going to happen,” Kent said.  Once home, however, Heather’s condition improved. Her reflexes started coming back, she was off her sedatives, and her eyesight came back. Kent’s insurance had unlimited therapy and so Deborah took Heather five or six times a week.  This had a tremendous impact on Heather’s recovery. “There were little miracles along the way that kept our hopes up,” Deborah said.

Life is Full of Lessons and Miracles

Heather, who is now 34, exceeded everyone’s expectations.  She has a fun personality and loves to talk to everyone she meets.  Although she can’t walk, she gets around the floor pretty easily and can even pull herself up into a chair if she wants to sit with someone.  “You can tell as difficult as this is for her, she is not going to let it impact her having a good life,” Kent said. Heather’s care is constant.  Some would view this as a burden. Deborah and Kent, however, choose to see their situation as needing to be constantly aware of Heather and her needs.

Heather’s life has made a huge impact on her three siblings.  “They have always sought out the person who might be alone or who’s a little bit different and they physically, or figuratively, put their arms around them and pull them in,” Kent said.  She has taught them all how to be decent human beings rather than judge someone based on their differences.

“It’s a very rich experience to have a child with a disability in your family,” Deborah said.  These children help you to realize what is most important in life. For this family, it is loving one another and being grateful for the miracles in every day.