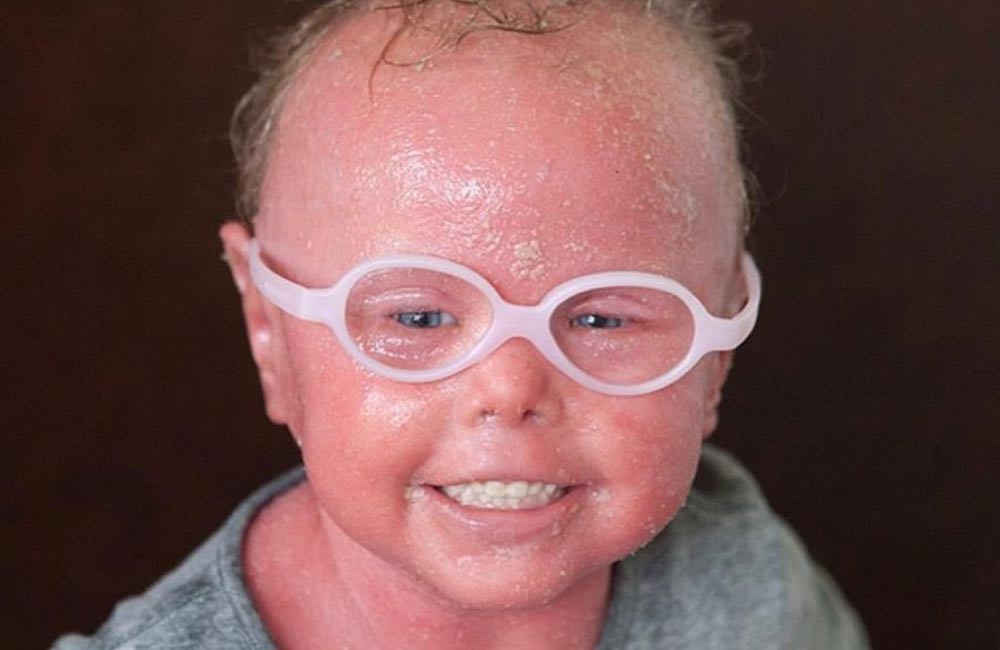 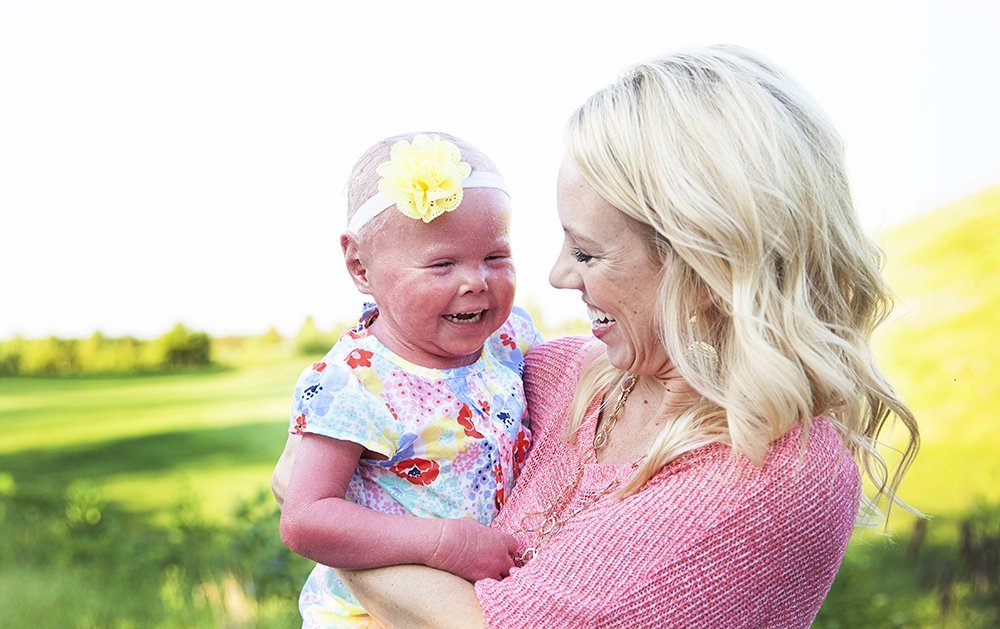 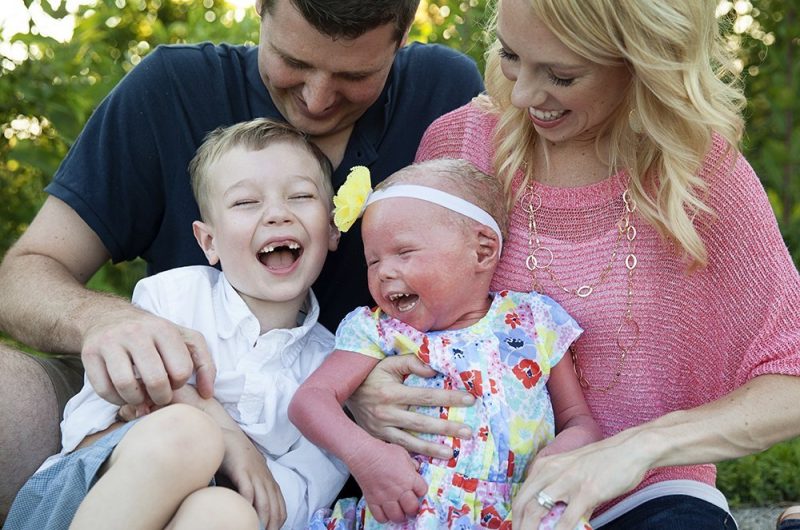 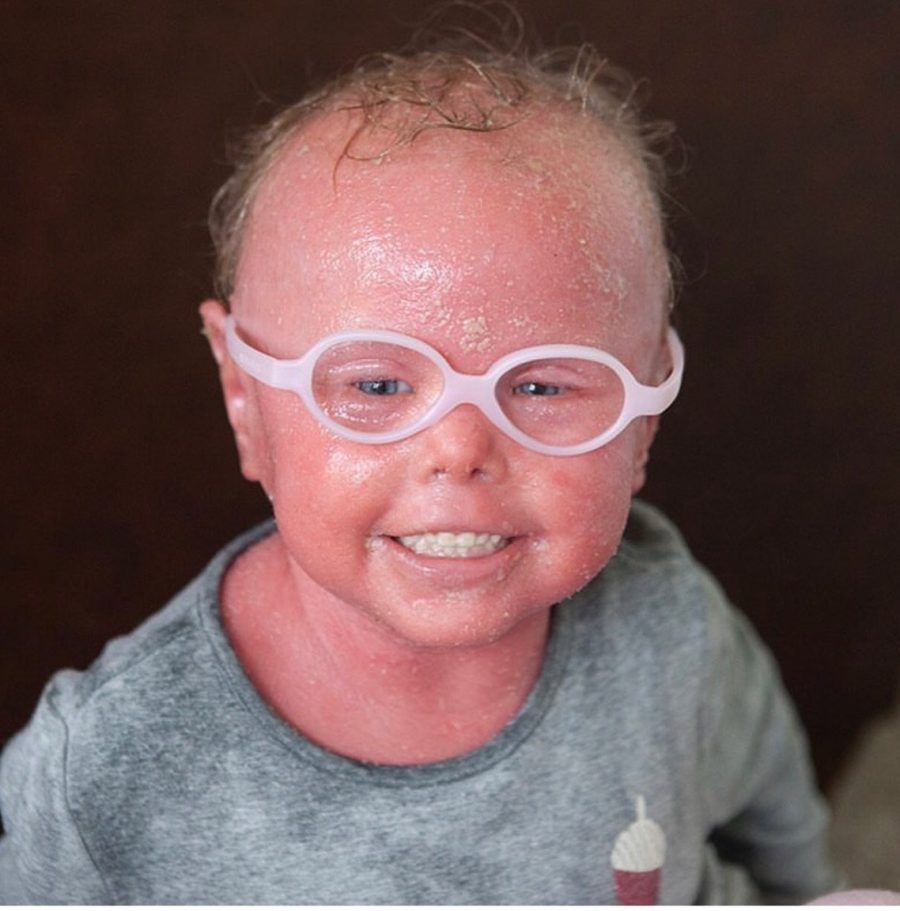 After Brenna was born, Courtney and her husband found out Brenna had Harlequin ichthyosis, a rare genetic condition affecting the skin.

Harlequin Ichthyosis: A Journey of Love

Baby is born a month early

Brenna was born about a month early, just before Christmas. “When she was born, the doctor placed her on my chest like they usually do, and there was this shocked silence in the room,” said Courtney, Brenna’s mother. “My husband almost fainted, he was so surprised by her appearance. It was immediately obvious that something was very wrong.”

When Brenna was about 2 hours old the doctors told Courtney and her husband, they believed Brenna had a condition called ichthyosis. “We obviously had never heard of it as it’s extremely rare,” said Courtney. Later the diagnosis was confirmed by a pediatric dermatologist who told them that the ichthyosis was a type called Harlequin, which was the most severe and most rare form of it.

“I was pretty naive back then. I think back about what that actually meant. I thought she just looked different. I had no idea about the vital role the skin plays for our bodies,” said Courtney. “It wasn’t until I saw her the next day and met with her medical team who were talking more about her pain management than they were about us going home from the NICU that I began to realize that she was extremely critical.”

Harlequin Ichthyosis is a rare genetic disorder. “Basically, her skin lacks the protein that helps layers of her skin form correctly. Her body recognizes that there is an error in her genetic code by over-producing skin, so she makes skin about 10 times faster than we do,” said Courtney. Brenna’s skin doesn’t shed fast enough for the extra skin that is produced, so her skin becomes very thick and it peels constantly.

Brenna has lotion applied thickly several times a day because her skin is so dry. Her skin also doesn’t regulate her body temperature very well. Brenna is unable to sweat, so hot temperatures can be dangerous for her.

Brenna’s first year at home was very difficult. “She went through a lot of health issues that first year. She was hospitalized for dehydration and infection, and she ended up having a feeding tube placed when she was eight months old,” said Courtney. Brenna was completely tube fed for about 2 1/2 years but eventually they were able to take the feeding tube out. “Now she is eating completely by mouth, and we are so proud of her,” said Courtney.

Skin care for Brenna is constant. “We have to give her a long daily bath so her skin can soak up the moisture and rub off all the extra skin that has built up over that day, and there is no skipping baths,” said Courtney. “We also have to supply the Aquaphor for her about 4 to 5 times a day.”

Because developing new skin at such a high rate takes a lot of calories, Brenna needs to eat and drink a lot and she is small for her age. Her family also needs to be careful about germs as she gets skin infections very easily. “So, there is a lot of hand washing and a lot of laundry, just a lot of being careful with things,” said Courtney.

Being diagnosed with multiple conditions

Brenna also has juvenile arthritis in her hands and feet, which also causes pain in addition to the Harlequin Ichthyosis. “Because she gets skin infections, she is in a lot of pain, and that is really hard to see. For the most part, she is a pretty tough kid and a pretty joyous kid who tries not to let things bother her,” said Courtney. “At times she is uncomfortable, but if we stay up on her care, I think she does pretty well.”

“What we felt in the very beginning was a lot of fear. We were not sure what kind of quality of life she would have,” said Courtney. “On the first night he met us, our doctor said that it’s up to Brenna, and every question we would ask him…his answer would be that it’s up to Brenna. His words have rung so true.”

Brenna has been able to do just about anything she has wanted to do. “We have tried to not let her condition hold her back from anything that she wants to do, and she’s been able to do so much more than we probably ever could have expected,” said Courtney. “We have been a little afraid of germs with things like water parks or going boating, and she has proven us wrong anytime we have been afraid.”

She has given us so much joy

“She has shown us what she can do, and that just gives us so much joy to see her out living life to the fullest and doing things right alongside all the other kids,” said Courtney. “She just started Kindergarten, and we couldn’t have imagined when she was born that she would be walking into a classroom. It was amazing to see her be confident.” Brenna was able to tell her class about her skin condition.

Brenna has helped her family to see what true beauty is. “We have seen how much goodness God works through her by changing our perception of what is normal and what is beautiful,” said Courtney. “We really have seen that God’s goodness and beauty is found not in what we’re looking at, but instead of what we choose to see. We can find His beauty and His goodness in so many pieces of our lives that maybe we wouldn’t have noticed before Brenna was born.”

Brenna has brought joy to many family members and friends. “It’s just contagious and really has brought people closer to God, really brought relations closer together and has had a huge impact on our faith and our marriage,” said Courtney.

Many people wonder how God could let this happen or why He did this, but Courtney feels that God uses these situations to bless others. Courtney has found that keeping her faith strong is vital in dealing with the unique challenges they have been given.

She also encourages people to accept help when it is offered. “I think it’s common for us to turn down help from our family and friends because we don’t want to seem needy or bother anyone or inconvenience anyone,” said Courtney. They have received a lot of help from their community, family and friends. “Having a child with a rare disorder or special needs can feel really isolating. When we accept the help that people give us and the love that they want to give us through that help, it becomes a little less isolating and brings us together. It connects us,” Courtney said.

Courtney has written two books, one of which is a child’s book entitled That’s How You Know. It’s a fiction book written to remind her children about how much God loves them. “The illustrations are bright and beautiful, and the kids just love them,” said Courtney. “I have found that writing has helped me to process what I am feeling and what I am experiencing raising a daughter with special needs and a severe disorder.”

Courtney has been able to connect with many people. “It’s really important for us all to learn from each other. I really hope that the lessons that I’ve been able to learn and share in my book will impact other people’s lives,” said Courtney. “It is a privilege to care for her.”