THIS is the face of invisible illness 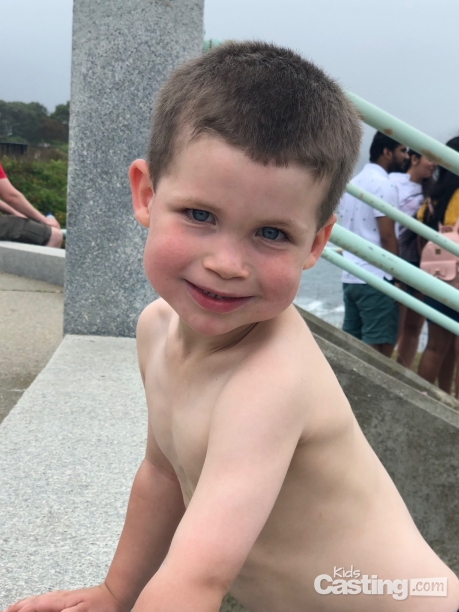 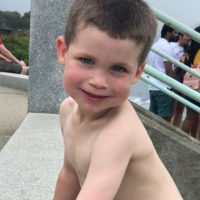 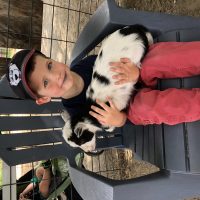 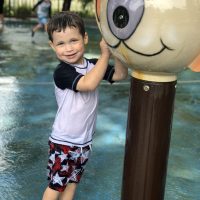 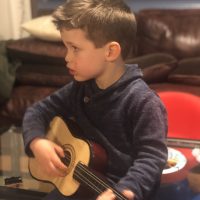 You wouldn’t think it to look at him-he doesn’t look sick. In this picture you see a perfectly normal, happy and healthy 4 year old, smiling a beautiful smile for the whole world to see. However, through this illusion of healthiness-Jace is fighting a battle you cannot see just from looking at him. Jace has Ehlers-Danlos Syndrome (EDS). EDS is a painful, disabling, rare, genetic disorder, affecting the connective tissue collagen-which acts as the “glue” that holds your body together. While it can cause one to be extremely flexible (think Cirque de Solei), it can also cause joints to dislocate and the symptoms tend to be major health issues in their own right. The funny thing is we didn’t think Jace’s health issue would end up being Ehlers-Danlos Syndrome. Doctors thought that he had a different health issue before he was even born.

For my entire pregnancy with Jace his head was measuring large and my doctors told me that he would be born with Hydrocephalus (another medical issue where fluid starts to build up around the brain). They set me up for all the worst case scenarios: severe learning delays, possible developmental delays, disability and brain surgery immediately after birth. Not something a new mother wants to hear about her unborn child, but I was prepared for the worst and ready to get my baby the best care necessary- no matter the outcome.

Jace was born via C-section in March of 2015, and other than the NAS he had due to the medications I had to take to maintain a pregnancy, he was perfectly healthy. The Hydrocephalus never materialized. In fact, instead of exhibiting signs of delay he was already tracking things with his eyes and holding up his head only 24 hours after birth! He amazed his doctors and the hospital staff. While every mother thinks their child is special, I knew Jace was special and destined for greatness. We had been smiled upon and been given the best gift-a healthy child.

When the NAS subsided after almost 3 weeks, we were finally able to take Jace home. Almost immediately issues with his health started to pop-up. First and foremost, he didn’t sleep. He didn’t nap, he would wake up all night and then be up for the day at 5:30 am. He developed awful reflux and colic-which didn’t help the sleeping for any of us! He also started getting rashes all over his body. At the time the doctors called it eczema but I had my doubts. While any of these things are all quasi “normal” for a baby, experiencing all of them at once, is not. I thought maybe these things were the result of the NAS and they would eventually go away. Unfortunately, that was not the case and as time went on things only worsened.

I had a strong gut feeling that something was very wrong with my baby. As the weeks and months progressed, Jace’s stomach issues continued as did the sleep problems-Jace wouldn’t be able to shut himself off to sleep at night, he would also stop breathing in his sleep and continued to show major signs of skin issues and allergies. This was the story for the next several years. We would visit specialist after specialist, have sleep study after sleep study, and each doctor would give us the same answer: kids can have these issues. By the time Jace was 3, I had enough of Jace’s struggles being undermined and dismissed by the doctors. I took him to a geneticist at the Children’s Hospital near where we live. They were able to put the puzzle pieces together. Finally, there was a name to what he, and I, were experiencing: Ehlers Danlos Syndrome! The most terrifying thing is that EDS has no cure and is chronic. Doctors don’t know that much about it which can lead to delayed diagnosis for many. Symptoms can be major, life altering diseases on their own, and while EDS can cause premature death for some, a lifetime of chronic pain is almost inevitable. No one wants to see their baby or child suffer!

Now that he is older, he can verbalize his chronic pain and he has had several joint subluxations and dislocations. Luckily, so far we have only had to visit the ER once for a dislocation I could not fix myself. We still have sleepless nights because of his severe Dysautonomia-a condition that effects your autonomic nervous system-and allergic reactions to things randomly pop up without any warning due to his MCAS (Mast Cell Activation Syndrome) a condition which effects one’s histamine production.

I am sharing my story, not to worry people, but to try to help parents know that they can be and should be their own advocate-not only for their child but for themselves as well! Just because your baby looks healthy does not mean that there isn’t something going on. Trust your gut! Most doctors are well meaning, my story in no way is meant to disparage them. But, people know what they know-there are a ton of rare disorders out there. The best doctors are those that will help get you referrals when you need them, will help get answers to the questions they don’t have the answers to, and can admit when they do not have the information you need. Push to get answers if you have questions. The worst (or the best) thing that can happen is that you are wrong.

Also, I hope my story serves as a reminder that we are all fighting battles no one knows about. Not every sick person looks outwardly sick. Unless Jace is having one of his random allergic reactions, he looks 100% healthy. So, that person who is parking in the handicapped spot but seems ok, may not be. That child with the big smile, may actually be sick. Choose kindness always. Be gentle with each other. EDS is a tricky illness. It affects everyone differently. Many doctors do not know enough about it to diagnosis it early and often a visit to a geneticist is needed.

Right now, we are taking each day as it comes. I hope there are more days with smiles than there are tears and I hope that Jace always stays as happy, positive, kind and friendly as he is today. It won’t always be an easy battle, but it will be one that we continue to fight together. #EDS #InvisibleIllness #chronicillness