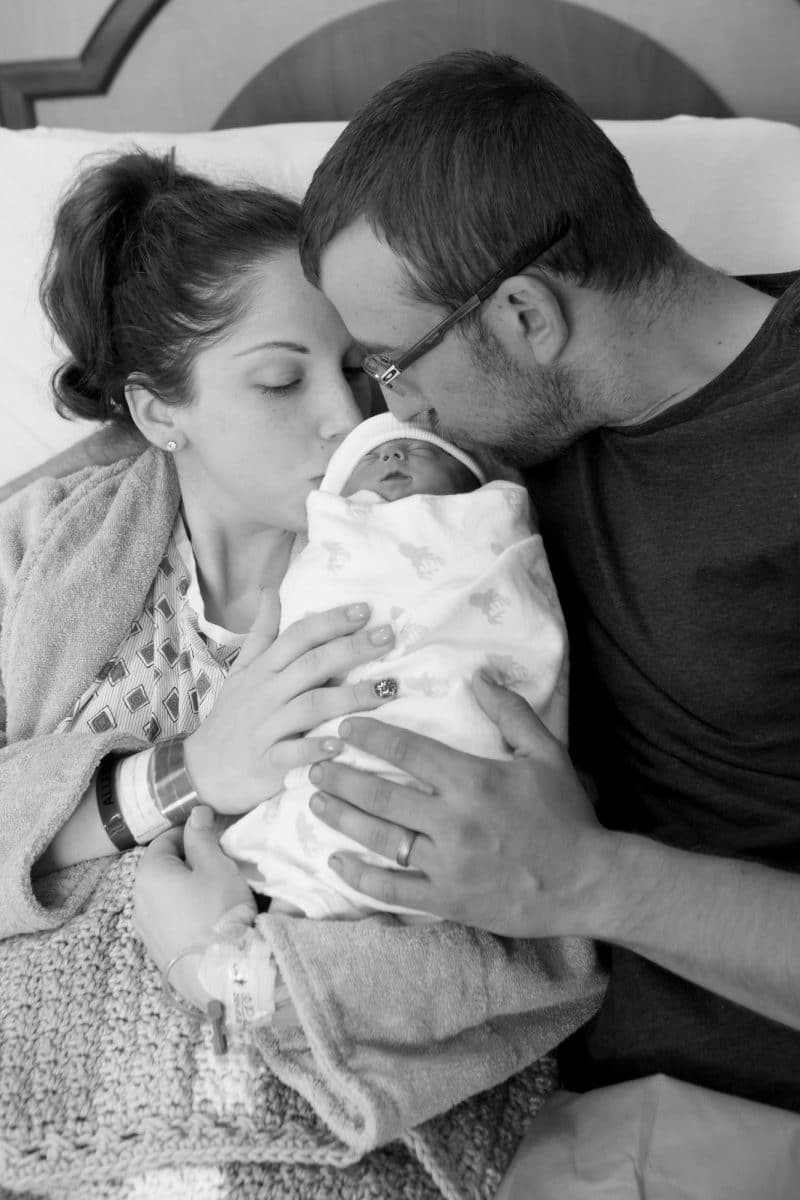 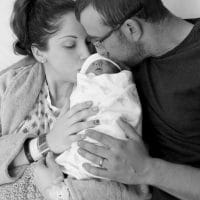 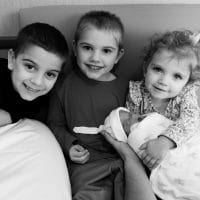 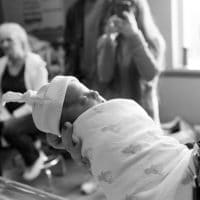 We went in for our routine anatomy scan at the end of May 2018 for our 4th child. During the scan, we noticed that the sonographer was making concerned faces. I had heard the heartbeat, so I didn’t know why she suddenly looked worried, got up, and asked to be excused. She came back shortly with a neonatologist.

The doctor had looked at the scans and delivered devastating news. She said, “I’m sorry, but it’s not good news. Your son looks like he has some form of skeletal dysplasia. Based on the measurements, I also think it’s very likely that it will be a lethal form.”

In that moment, everything we knew as parents who had delivered three perfectly healthy babies seemed to disappear. But when they asked us when we would like to terminate our beautiful baby boy, who had a strong heartbeat, we immediately knew what we would do as his parents. We instantly said no to termination, saying, “No. You cannot even guarantee that he will die, and even if you could, we are his parents. We need to do what is best for him, because right now, he is still here.

Immediately following the anatomy scan, we had an amniocentesis, and we met with a geneticist to go over our family tree. We then spent weeks getting more scans, blood tests, and an MRI.

Throughout all the testing, we knew termination was never an option. There were still so many “maybes” and “could bes,” and we couldn’t bring ourselves to even consider termination when he could be born with minimal complications. He could just have dwarfism and lead a perfectly healthy life. We decided it was our responsibility to do the best we could as his parents for as long as we could. It was not always easy, but we had the amazing support of each other, our family, friends, and medical team.

After the testing, we were advised that our son would probably die in utero before 30 weeks. The only thing we could do was check his progress through a growth scan every few weeks. We were offered an array of testing, but after hearing the same answer over and over again, we decide to quit testing and just bond with our growing baby boy.

We continued with the growth scans, but the process was mentally draining because there would be times when growth had slowed or stalled, and it worried us. Up until about 3 weeks before delivery, the doctors didn’t think our son would even be over 2 pounds at birth.

30 weeks’ gestation passed, and he was still alive with a strong heartbeat. Not knowing how much time we would have or if he would even make it to term, we made the most of every day. We studied his condition and the many forms of it on our own. We spent time meeting with hospital staff, clergy, and a funeral home to make the necessary preparations to be sure everything was in place.

I was scheduled for a repeat C-section on October 24, 2018. But in the early morning hours of October 20, 2018, my water broke, and we headed to the hospital. My doctor was there and quickly assembled our entire dream team of every specialist who needed to be there.

Our families came to help with our kids, and then I was taken back into surgery. The surgery itself was average, but not hearing my baby cry was honestly incredibly stressful, and it hit an emotional chord.

He was tiny and fragile. Some of his limbs were bent, and his bones were soft. Just like the doctors had warned us. It was confirmed that he did have osteogenesis imperfecta, type II. He was beautiful with the most adorable chubby little cheeks.

We cherished every moment of the hour we had with him. Our medical care team informed us that his heart rate was decreasing, and that our plan for comfort care was in place. My husband baptized him, and then the nurses wrapped him up. My husband brought him to me and I took in our last moments while they finished my surgery.

Our medical team knew how important it was to us for our children to meet their brother, so instead of waiting for recovery, they wheeled me into a labor room. Our families were able to come in, and we were all together during his last moments.

When I had the nurse come in and do a check, she quietly called time of death. I didn’t want anyone to know that he had passed. The tone in the room was so peaceful that it was almost like being at home for a minute. Eventually, everyone filtered out, leaving us to spend some time with our son.

The nurses helped me make impressions of his hands and feet. They built a beautiful box with his crib card, bracelet, and other keepsake items. They also convinced me to have him stay in the room with me for the night. They were right, having him there let us feel closer to him. I think it made letting go a little easier on the both of us when we finally said goodbye.

We had this beautiful time together, and then the funeral home came to take him directly from us. We had them come to us to retrieve him, which gave me peace of mind that his body was safe. And after a few days, we held a small, beautiful funeral for him. We ended that day with our kids releasing blue balloons up to the sky to celebrate his life.