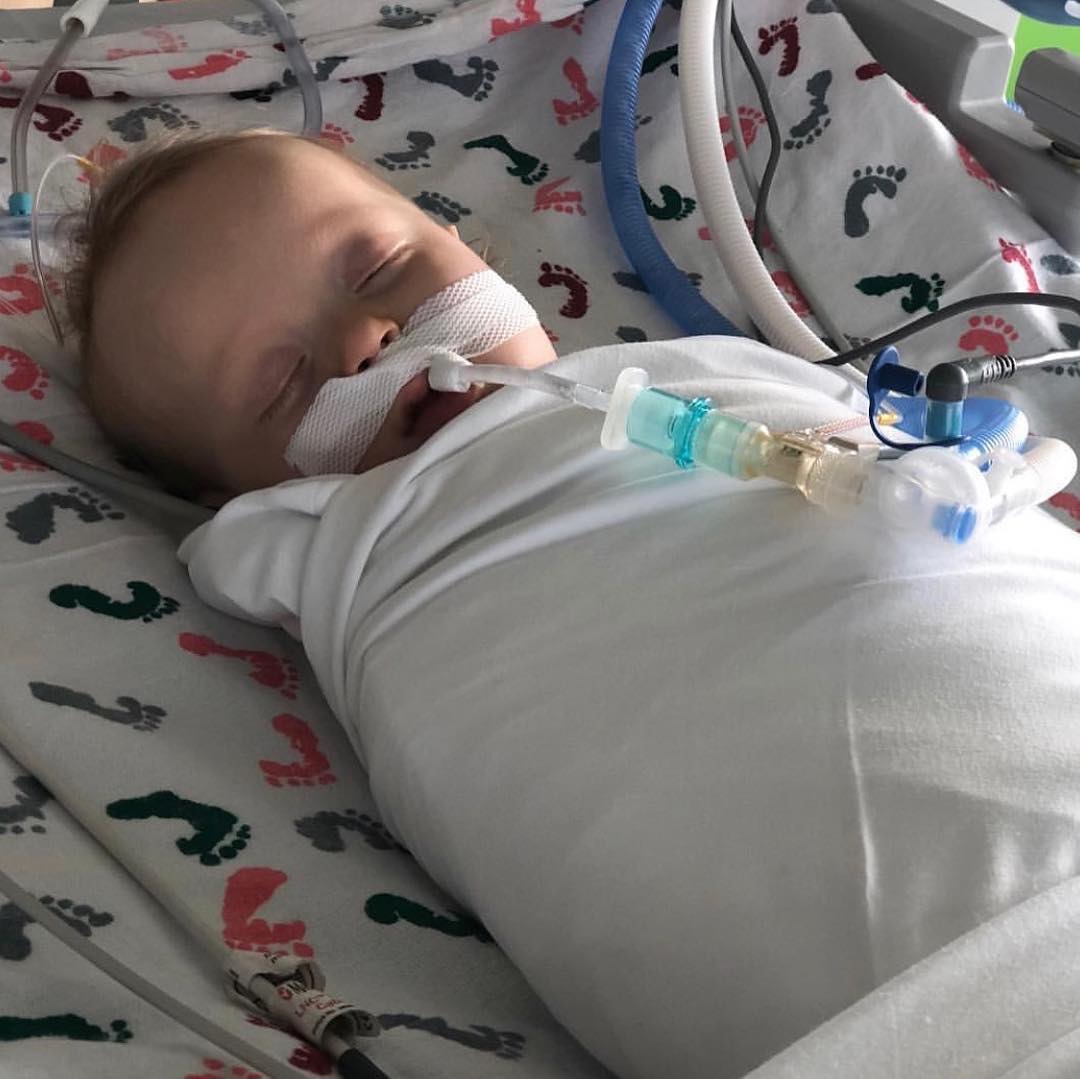 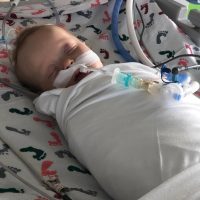 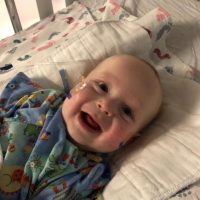 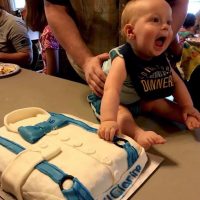 When Salvadore was born he was a little bit underweight but nothing to be worried about. When we got him his breathing sounded funny, the doctors just brushed it off telling me he’s getting used to breathing with his lungs like any normal baby…but I wasn’t buying it.

4 months down the road…our son is still making these weird breathing sounds, AND still isn’t even attempting to hold his head up. His weight is dropping and he’s coughing when he’s eating. One day our sons daycare called and told us his limbs were turning purple. So off to children’s hospital we went….Our sweet boy was met with all the specialists they had in the hospital. We were allowed to go home with the understanding we would probably be coming back at some point for more tests. Or because he was going to get sicker. ⠀⠀⠀
⠀⠀
At 7 months Salvadore still wasn’t showing any signs of improvement with strength. One scary evening when he was already sick, Salvadore was struggling to breath so we took him in where they transported him to children’s. They did tell us his condition wasn’t improving and they didn’t think he was going to likely make it long after his first birthday, so we should think about next steps while he was on the vent. My heart broke. It just felt like someone took a knife and sliced it. That was my baby, my Salvador.

Fast forward two weeks, he’s doing much better, and we get a call from genetics who quickly explains that he has a micro deletion in his 16th chromosome, and that, that is what’s accounting for his breathing issues, his lack of muscle tone, and his weight. I stopped the car, got out and fell to the ground, it felt like the world was lifted from my shoulders.

Fast forward a few more months, Salvadore not only turned 1 but he started to lift his head on his own, he’s now standing on his own, crawling all over the place and just enjoying life. We still don’t know what the future holds but we do know we don’t know where we would be if we didn’t have these therapies for our sweet boy. It’s in God’s hands now.