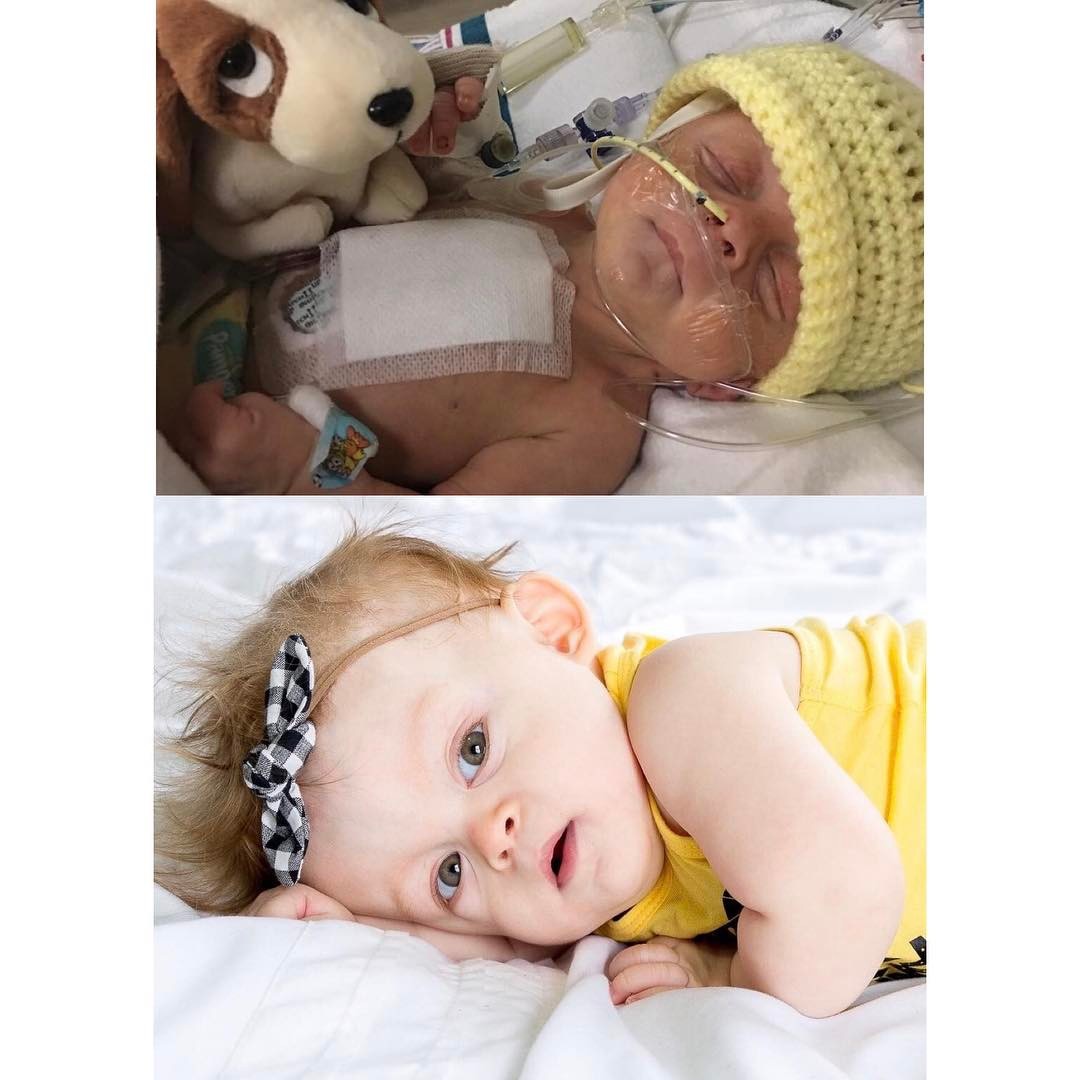 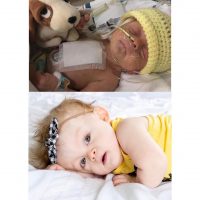 “This is Quinnlee. We found out at a 13 week private ultrasound we were having a baby girl, but that there was something seriously wrong. She had a cystic hygroma and hydrops. They knew there was most likely something genetic, but did not know exactly what. Doctors also suspected a heart defect at that time as well. They thought it could be hypoplastic left heart syndrome. We went in for our anatomy scan at 18 weeks and the doctor gave us no hope and actually told us a lot of things that were not true, based on our second opinion a couple weeks later. We knew she was a fighter and were never going to give up on her. Our non invasive pregnancy test showed Turner Syndrome and possible Down syndrome (which was a result our genetic counselor said she’s never seen.) We did not know officially what she had until around a week after she was born when the karyotype came back as Classic Turner Syndrome. We did not do an amino during my pregnancy because we were not terminating regardless of the diagnosis.

She was born at 37 weeks weighing only 3 1/2 lbs and had one of her two heart defects repaired at 2 weeks old, coarctation of the aorta. She had to get a feeding tube, along with a Nissen fundoplication, at a month old due to paralyzed vocal cords from the open heart surgery. She also had some residual skin removed from her forehead that we suspect was from the cystic hygroma at that time. She came home 9 days later.

She is a little over a year old and gets weekly PT, OT and feeding therapies. She has significant gross motor delays but she’s always making progress and that’s what matters.

I still think about how much would be missing from my life if I had listened to the doctor that gave us no hope who wanted us to abort. I can’t imagine my life without her. Although she has social anxiety that makes it difficult to go places and she will have obstacles to overcome, I can’t imagine having her any other way. She brings so much light to our world 🌎. She’s tiny but mighty!”