no cons, only PROS. 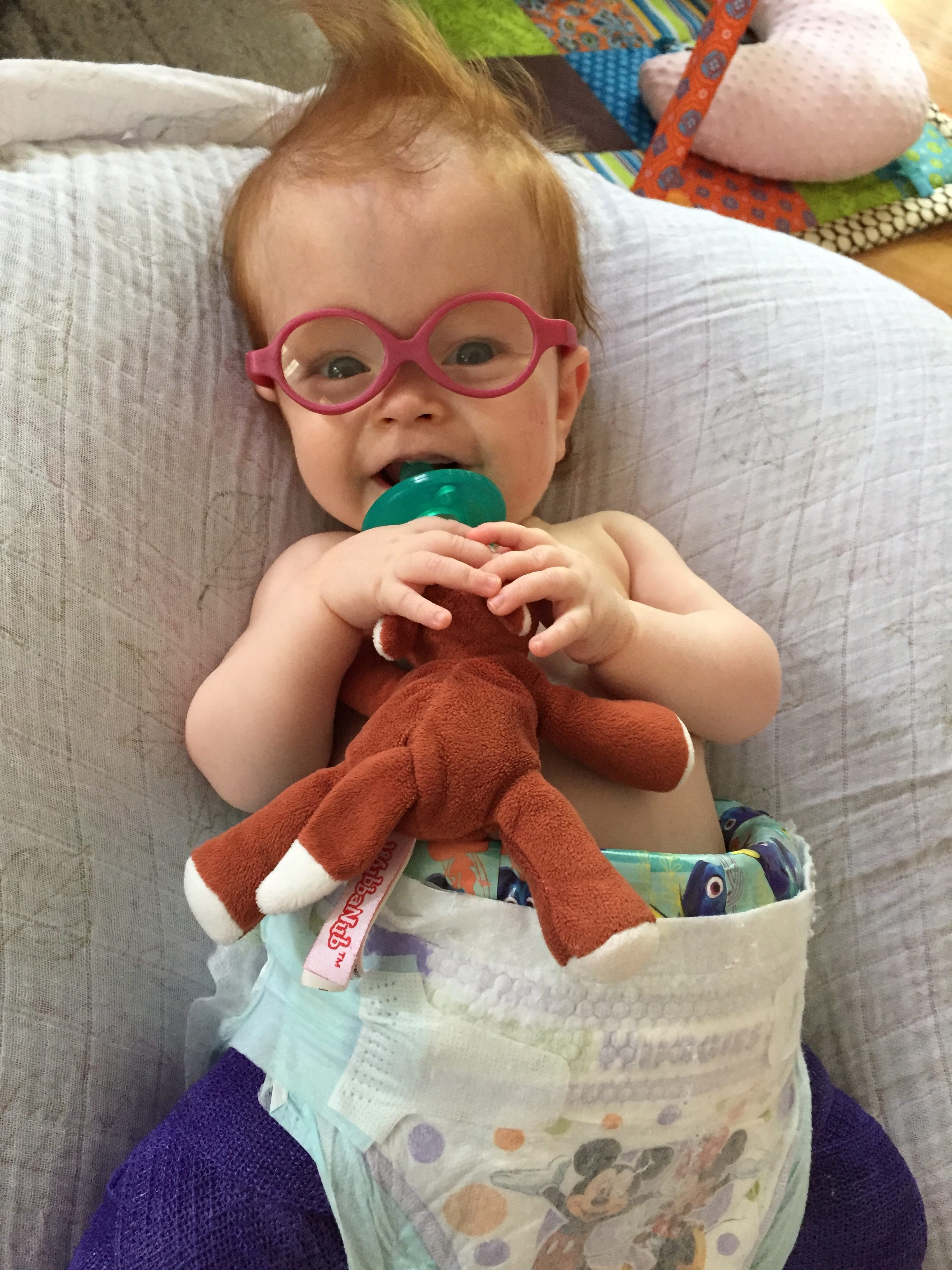 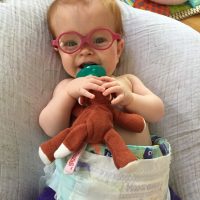 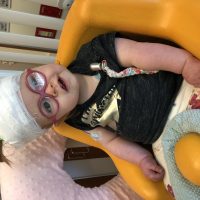 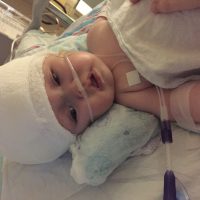 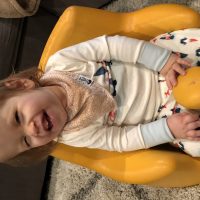 Following my anatomy scan at 22 weeks, Emerson was diagnosed with hemimegalencephaly (the left side of her brain was growing faster and irregularly) at 26 weeks gestation. It seemed like they were trying to scare us into terminating because her life would be so hard, but that just wasn’t an option for us. So we named her and hoped for the best. Because of her head size, she was born via c-section and started seizing immediately. Later, she was diagnosed with a PIK3CA-Related Overgrowth Syndrome. She has large capillary-venous-lymphatic malformations on her abdomen, her feet are abnormally shaped (the left one is significantly overgrown), she has HME in her left brain and polymicrogyria in her right brain, bilateral hip dysplasia, a PFO, and global delays. At 5 months old, she had bilateral hip surgery. Then at 11 months old, she had a hemispherectomy, which disconnected her constantly seizing left brain from her right since HME causes intractable epilepsy and her seizures had gotten out of control (think 30-50+ a day). She had no milestones. Since her surgery, she has miraculously had seizure control, even with her “healthy” side still having malformations, and she has been given a new life. Because of her surgery, she has right-sided hemiplegic cerebral palsy, but she is determined to move. She may still have a lot of delays, but she’s the happiest, most resilient kid. I can probably count on one hand the number of times she’s ever cried. Everyone loves Emerson, and we wouldn’t change anything about this little warrior.