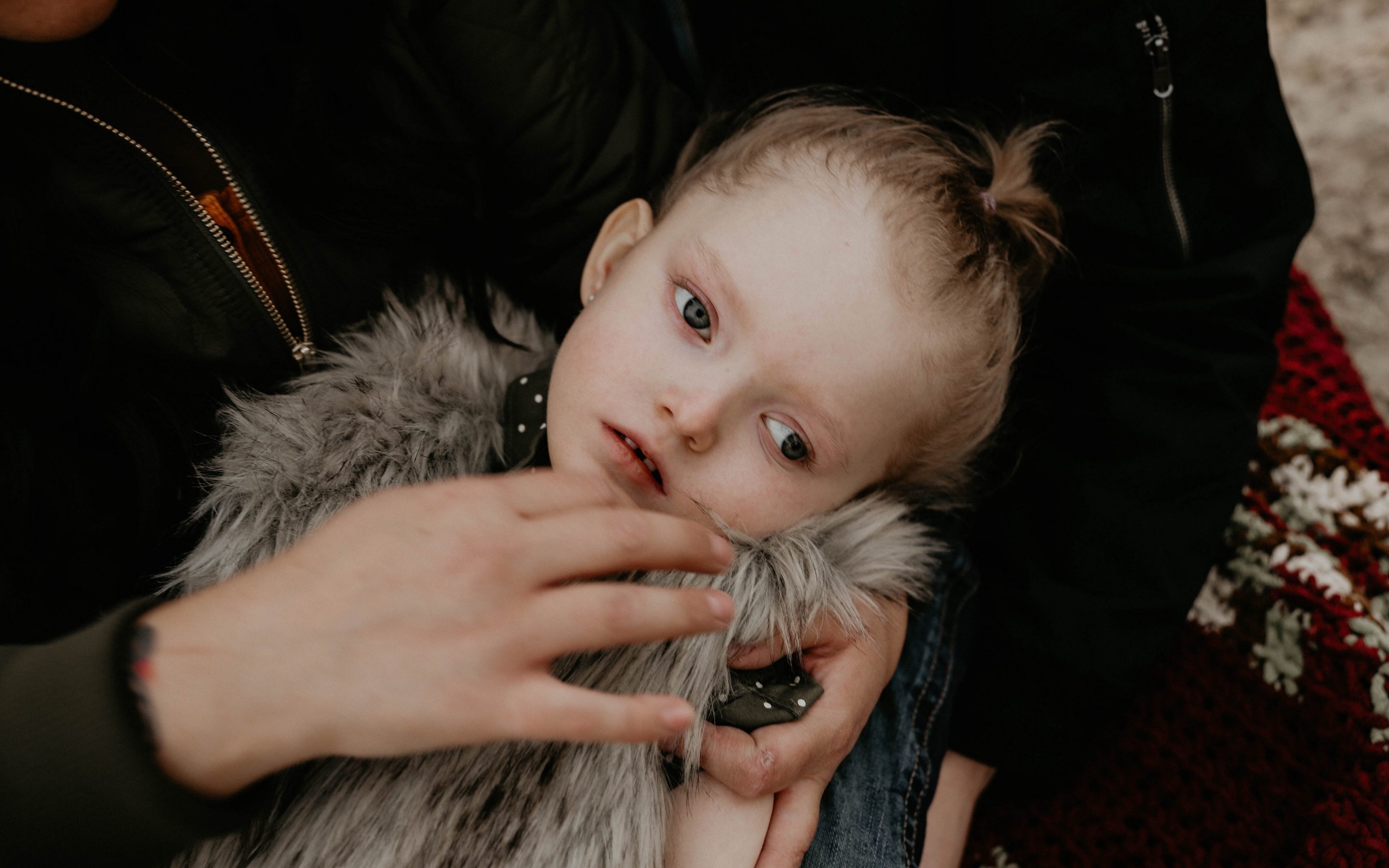 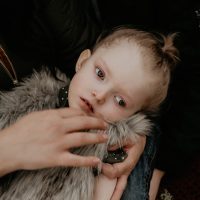 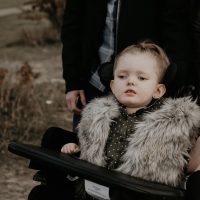 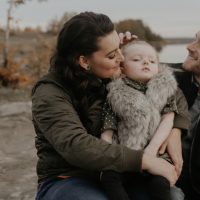 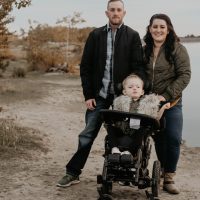 Haddie came into the world on September 5th 2014! Things were difficult for her from the first day earth side- starting with inconsolable crying for hours, and little to no sleep. Nothing we did or tried helped. But not only was she miserable she now had a rash the covered her entire body, like nothing we had ever seen before. Speed forward a year, we still have a baby who cries for hours, with a mysterious rash. She also was not meeting any milestones for her age. She could not sit, or stand unassisted and eating by mouth was extremely hard for her – as she chocked on everything. We also had suspected she was having seizures. We had been turned away by 6 doctors whom didn’t seem concerned- chalking it up to eczema & a severe dairy sensitivity. But we weren’t satisfied and were prepared to continue to advocate for her till someone was willing to help! Finally we were given a referral to a paediatrician whom sent us to a dermatologist and within 5 minutes of meeting her, she had a diagnoses for our sweet Haddie – Incontinentia Pigmenti (IP). This is a genetic disease of the skin, hair, teeth and central nervous system. After spending hours researching and learning about our sweet girls new diagnosis, we found out Haddie could possibly eventually have epilepsy. We crossed our fingers and hoped this would never be a part of her journey.

Unfortunately Haddie had her first seizure in July of 2016. She was transported via ambulance to the children’s hospital where she continued to seize for 3 days straight. After having several EEG’s and a CT scan it was discovered she was having infantile spasms, as well as tonic clonic activity. She was placed on medication and we were sent home 7 days later. Haddie has tried severely medications since, as well as steroids and a few other alternative treatments. She still continues to have over a dozen seizures a week!

Though we had a diagnosis for Haddie we still felt that there may possibly be more going on, something just wasn’t meeting up as she was having issues that didn’t correlate with her newly diagnosed disorder. See Haddie always struggled with breathing, and reoccurring chest infections – spending 8 months of 2016 and a large majority of 2017 in paediatric ICU for bilateral lung collapse due to pneumonia which ultimately requires a dependency for supplemental oxygen. As well as a severe scoliosis diagnosis! We decided to pursue genetic testing to see if there was more to Haddie’s story we were missing. We got the results in November 2017 confirming the IP diagnosis, we also found out that one of Haddie’s genes MECP2 was mutated. This meant another new diagnosis for Haddie- Rett Syndrome. Rett syndrome is a rare genetic neurological and developmental disorder that affects the way the brain develops, causing a progressive inability to use muscles for eye and body movements and speech. Although there’s no cure for Rett syndrome, potential treatments are being studied. Current treatment focuses on improving movement and communication and providing care & support for children and adults with Rett syndrome and their families. Haddie had a Nissan fundoplication, and gtube placed in 2016 to help with aspiration, she also started IVIG in May of 2017, which has helped dramatically. Allowing her to no longer have a depenancy for her supplemental oxygen, decrease in seizure activity and the ability to fight viral infections on her own!

Though the odds are stacked against Haddie she still continues to fight every single day! We have learned new ways to support her, and continue to try to give her the best possible life! No matter the hurdles along the way we know Haddie will always have the love and support of her family, friends and community!