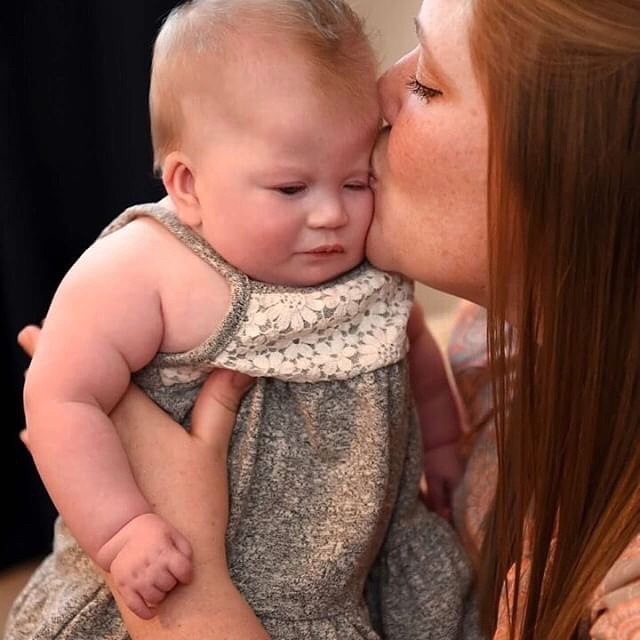 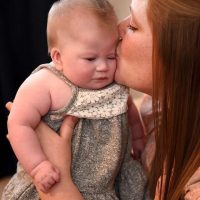 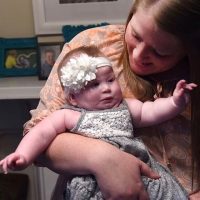 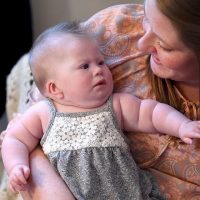 We went in for our 20 week anatomy scan having had previous ultrasounds during the pregnancy. We were told we were having a girl and our hearts skipped a beat, as we were thrilled because we had a 2 year old son at home!

They took us to a room to meet with the doctor and that’s when we were told that her stomach was either nonexistent or microscopic. Our worlds started crashing in. We had no idea what it meant or what was going to happen. We were sent to a specialist in our hometown and then we were referred to CHOP’s Special Delivery Unit.

After a torturous day of tests and scans, we were told that our baby likely had tracheoesophageal fistula, which is an abnormal connection (fistula) between the esophagus and the trachea. They suspected that this was why she didn’t swallow, causing me to have excessive amounts of amniotic fluid.

Madelyn Grace was born via cesarean section on January 25, 2016. Everything was suddenly a surprise. Micrognathia, optic nerve hypoplasia, pyriform aperture stenosis, colobomas, aberrant right subclavian artery in her heart, right kidney dilation, the list seemed to be never ending. She was immediately intubated and taken to the NICU.

We promised ourselves that we were going to take everything step by step and be her advocate, her voice. She spent 3 months in the NICU, having four surgeries while there. We have yet to conquer cleft palate repair and procedures for her kidney, but we’ve never met anyone stronger. We are so very proud to call this girl ours!