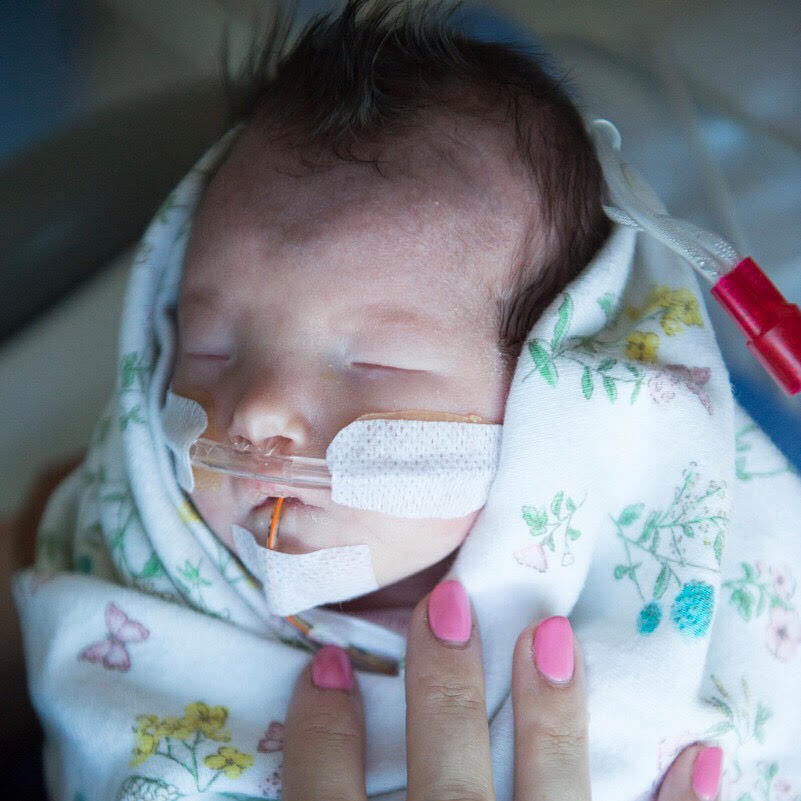 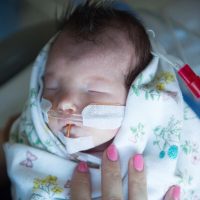 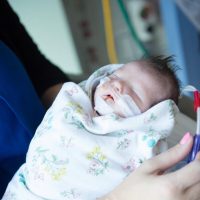 While I was pregnant with our daughter, Livia, she was diagnosed (via amino) with 13q deletion.

13q deletion is a very rare chromosome deletion. There are only 140 people worldwide who have been diagnosed with it. Livia’s exact deletion (from band q21 until q34) is the only know case in the entire world.

60 percent of women that carry fetuses with a chromosome abnormality have a natural miscarriage. I did not. The doctors gave a grim prognosis. I was offered an abortion at almost every appt. We knew she may not live long after birth. She had one small kidney that didn’t function properly, a severe inoperable heart defect, and many other health issues. She had little to no amniotic fluid for the last 3 months. It was truly a miracle she survived in that environment.

I finally able to meet her on September 29, 2016. She was only 3 pounds and she was beautiful. She had a lot of hair like her older sister and you knew they were sisters by their facial features. She wasn’t deformed didn’t look like doctors predicted. You actually wouldn’t know she was so sick from just looking at the her.

She was perfect. Her body hid many secrets. Everything (and more) of what they said about her body on the inside was true. After a week of coming to grips with the fact she would never survive without intense life support, we let her go. Nick and I held her, and with music playing, we watched her peacefully leave her body and go to the beyond. It was the hardest thing we have ever done and it changes you. I think about her everyday. Livia deserved a chance at life even though she had a rare chromosome disorder.