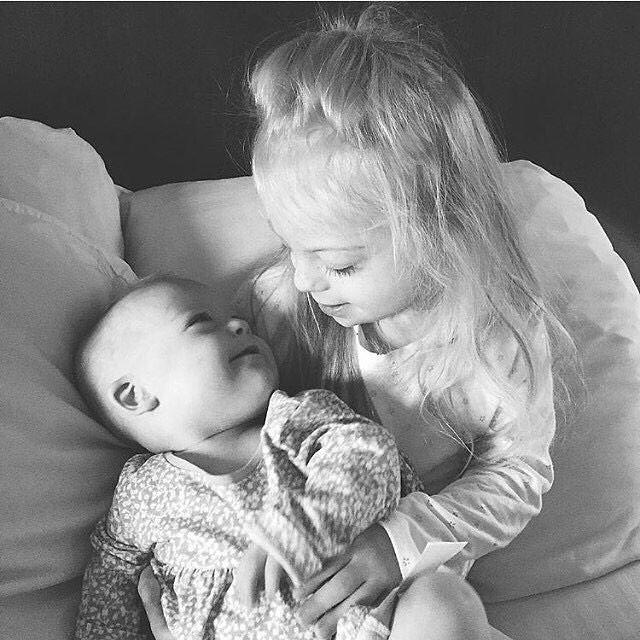 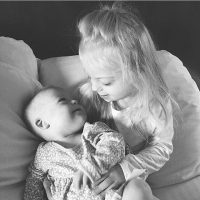 Seven and a half years ago I was pregnant with our 10th baby. I went in for a routine ultrasound at 20 weeks, during which several markers for Down syndrome showed up, including a potential congenital heart defect. We opted not to do an amnio, feeling strongly that we would be happy with “whoever God gave us.” We had many follow up ultrasounds, and by the end of my pregnancy the heart issue had either been healed through prayer or just resolved itself… Either way our chances for Ds were greatly reduced.

But as soon as Lily was born, I knew she had Down syndrome. Because of some oxygen and blood issues she needed to be transported to a larger hospital two hours away from home. The most difficult moment of my life… and I’m typing this through tears… was having ten minutes to tell our children that their baby sister had Down syndrome and needed to be taken by ambulance to another hospital. Of course our children loved her – but there was also a huge element of fear of the unknown.

There were many tears shed – joy mixed with grief – but we have never been closer as a family. Fast forward to a year and a half ago …a new blood test was available to test for Ds that did not require an amnio. I opted for that test and a week later learned that our twelth baby shared her sister’s designer genes.

My husband and I sat our children down to tell them the news right before we had a big gender reveal party. As soon as I said the words – this baby has Down syndrome – every single one of my kids started cheering. They were so thrilled to experience all over again the incredible blessing of having a baby like Lily.

In January 2016 we welcomed Madison Faith into the world… There was no fear this time, only JOY at being given another chance to do this all over again, this time understanding the awesome miracle we had been given.

If I could say one thing to parents expecting a baby with Down syndrome it would be this: you just got handed the gift of a lifetime. Embrace the journey, because your best days are yet to come!