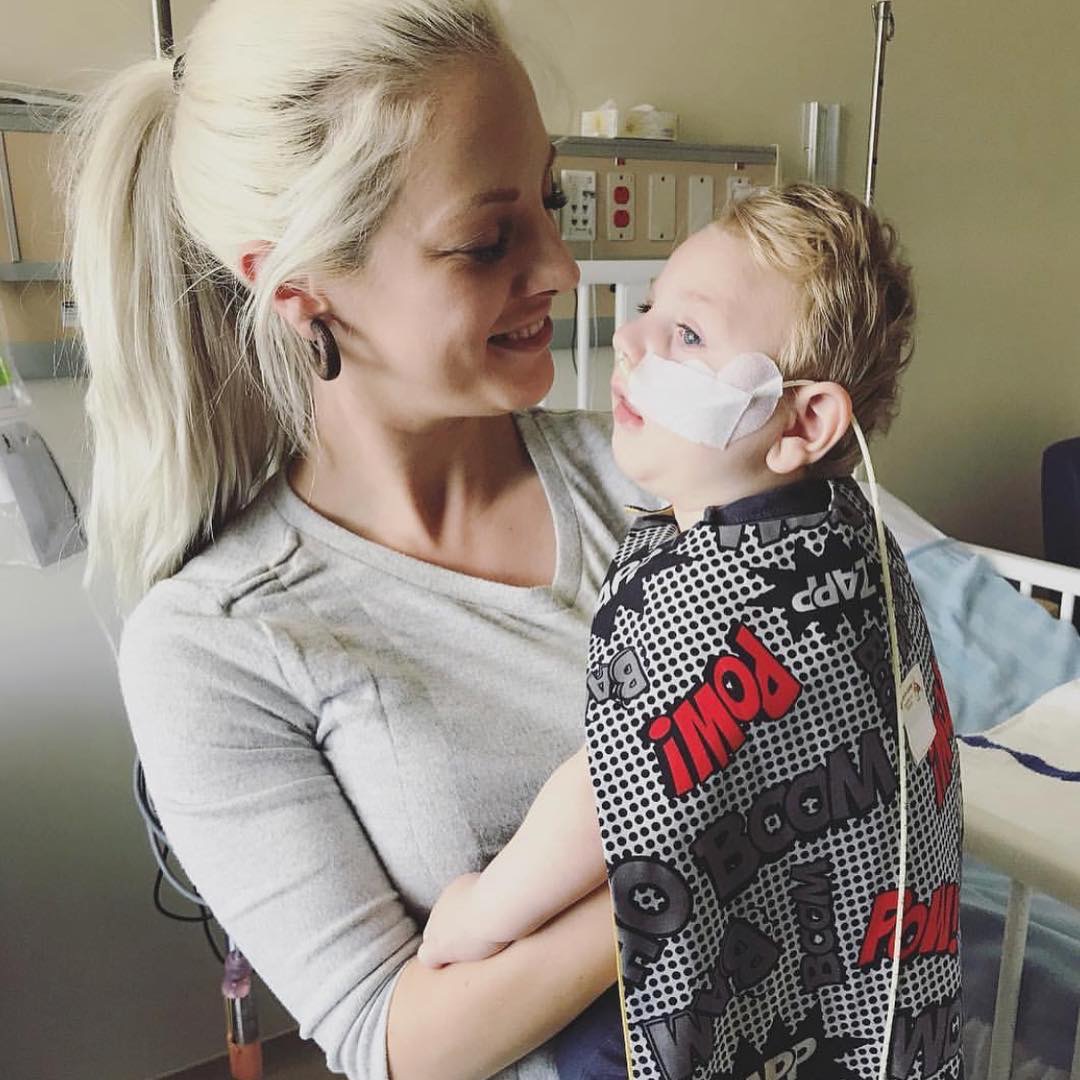 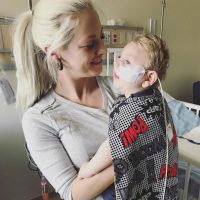 Many of you may be wondering what exactly is Lachlan’s story and the truth is we don’t really have answers yet so we don’t know either but I’d like to share what we do know 🙂 ⠀⠀⠀⠀⠀⠀⠀⠀⠀⠀⠀⠀ ⠀⠀⠀⠀⠀⠀⠀⠀⠀⠀⠀⠀ ⠀⠀⠀⠀⠀⠀⠀
Lachlan is exceptionally rare and is undiagnosed. He was monitored very closely throughout pregnancy due to a previous loss we had and everything was textbook perfect. Labour was a long 4 days with him not facing the right way but once he decided it was time it went pretty quick and very smooth and he was born naturally via waterbirth at KGH January 22, 2017. He was healthy and hungry and adorable and we took him home later that day happy as can be though with no idea what we were doing as most new parents are 🙂
At 1 month old there were some concerns with his head growth so we took him to the hospital and had an X-ray done, his head was small and they wanted follow up appointments. We did blood work and tested for all kinds of things and he even had an MRI done. He’s had multiple EEGs, X-rays, bloodwork, exams, and more and more tests. He was cleared for all infectious diseases or known things that could be causing his slow brain growth. The next step was genetics testing for rare diseases or mutations. He’s had 3-4 genetics tests and DNA testing done without a conclusive diagnosis and each test takes months to get results from. We are being referred to another genetics test we can do in the States to see if we can confirm a gene or find out something new. Gene discovery is fairly new in the medical world and new genes are being discovered all the time. What we are looking at is he could be the only discovery or there may be only one other recorded case in the world so he is definitely an incredibly rare soul. We are on our own journey and we will make our own path through.