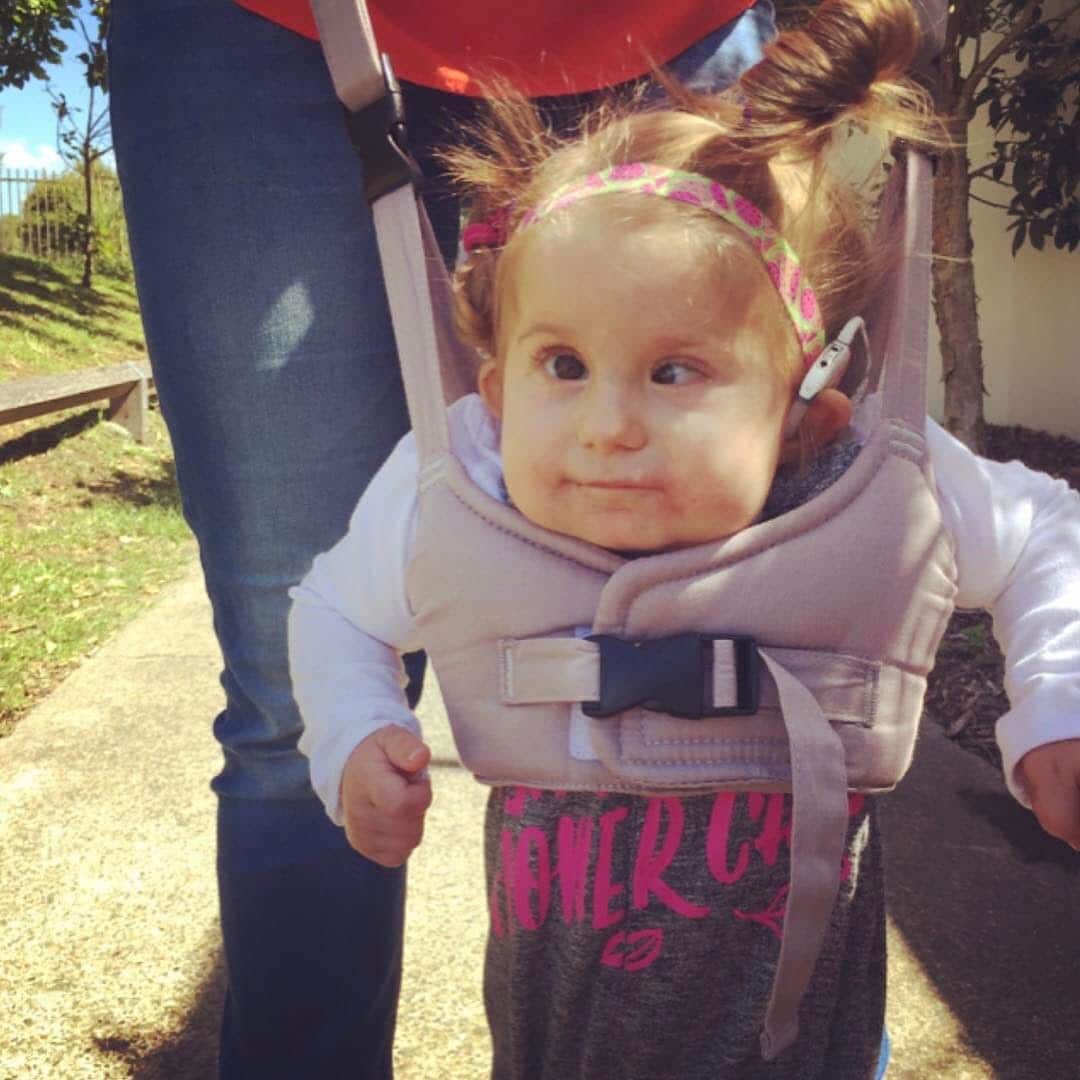 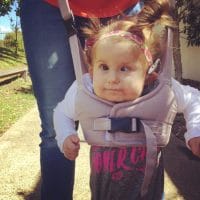 When the 20 week morphology scan showed abnormalities with the development of Koko’s heart and brain the doctor initially made it sound like termination was our only option. At that stage we were thankfully handed over to a new team who had a much more sensitive and experienced approach. We knew there were going to be potential issues but at that stage it could have been really anything. ⠀⠀⠀⠀⠀⠀⠀⠀⠀⠀⠀⠀ ⠀⠀⠀⠀⠀⠀⠀⠀⠀⠀⠀⠀ ⠀⠀⠀⠀⠀⠀⠀⠀⠀⠀⠀⠀ ⠀⠀⠀⠀⠀
Once she was born she had almost immediate heart surgery, and while she and I both recovered the rest of her diagnosis unfolded. She has CHARGE syndrome which amongst other things has caused significant hearing and visual impairment (DeafBlindness), heart conditions and difficulty with balance and motor skills. ⠀⠀⠀⠀⠀⠀⠀⠀ ⠀⠀⠀⠀⠀⠀⠀⠀ ⠀⠀⠀⠀⠀
I did in the early days worry that I had made the wrong call and brought her into a life of suffering that was too much for one little person. However, her diagnosis really doesn’t paint a picture of her or her life. Yes, there are daily challenges and hard work, but right now she is lying in her book nook reading to herself, laughing and smiling. ⠀⠀⠀⠀⠀⠀⠀⠀ ⠀⠀⠀⠀ ⠀⠀⠀⠀⠀
She loves dogs and music and is a complete book worm. She has a warmth of presence I have never encountered before and most days our family is so damn happy it really is quite unbelievable. The biggest thing that having Koko in our lives has taught us is how narrow our ideas about life used to be. She has expanded our world view infinitely and our lives are genuinely better with her in it than they were before. Before I had Koko I really wouldn’t have believed a special Needs parent if they said that… but it’s true.