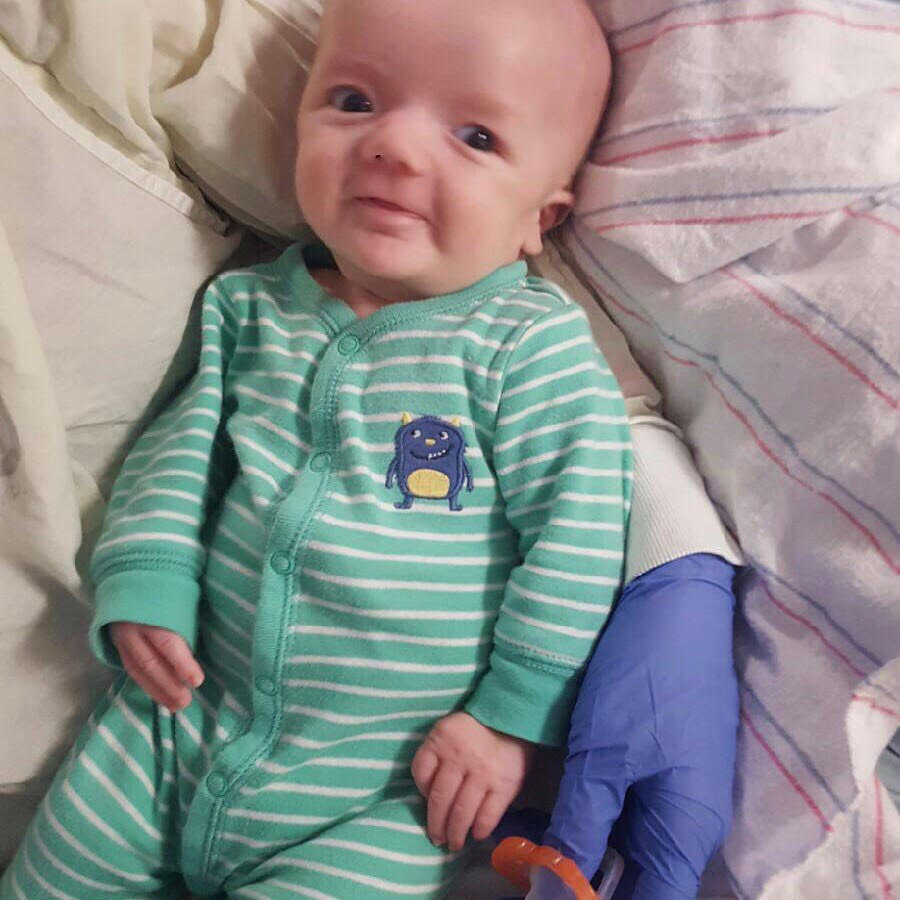 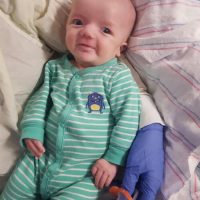 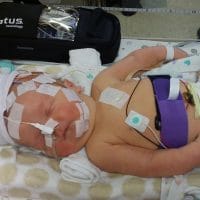 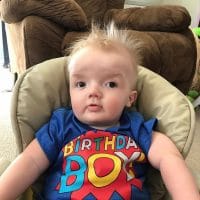 We had no concerns about John when I was pregnant, despite being high-risk because of my own medical history. When John was born at 39 weeks, he came out grey and floppy; at 8 hours old he had his first seizure. He was whisked to the nursery.

After that we transferred hospitals twice, and during that period of time John dealt with feeding problems, seizures, not being able to keep his oxygen levels up, had two surgeries, and countless studies and tests done. we had a few more small answers but no one could give us a definite, overall diagnosis to link everything together. We came home with our 3 month old baby for the first time, not knowing what to expect and having no idea about the trajectory of his life.

John just turned a year old and is the funniest boy we know. He makes the greatest faces and loves everyone he meets. Despite his seizures, hypotonia, obstructive apnea, hearing loss, vision problems, and feeding struggles, he has thrived at home because of the many, many people that love him, care for him, and help him along his journey.

While I have to block out a large majority of the world so that I can fully concentrate on both of my boys, I wouldn’t change the last year in terms of how much I have grown mentally and spiritually. When you watch your child turn blue, over and over, like I did in the NICU…you find yourself in a place where you have no choice but to pray for his healing, and have faith in that. I certainly have my days where I grieve the life I thought I would have (because this is a huge loss of normalcy), but mostly I just do whatever John needs, and give thanks for another day with him and the small victories thus far. He has taught me more in his first year of life than anything I have learned in my past thirty.