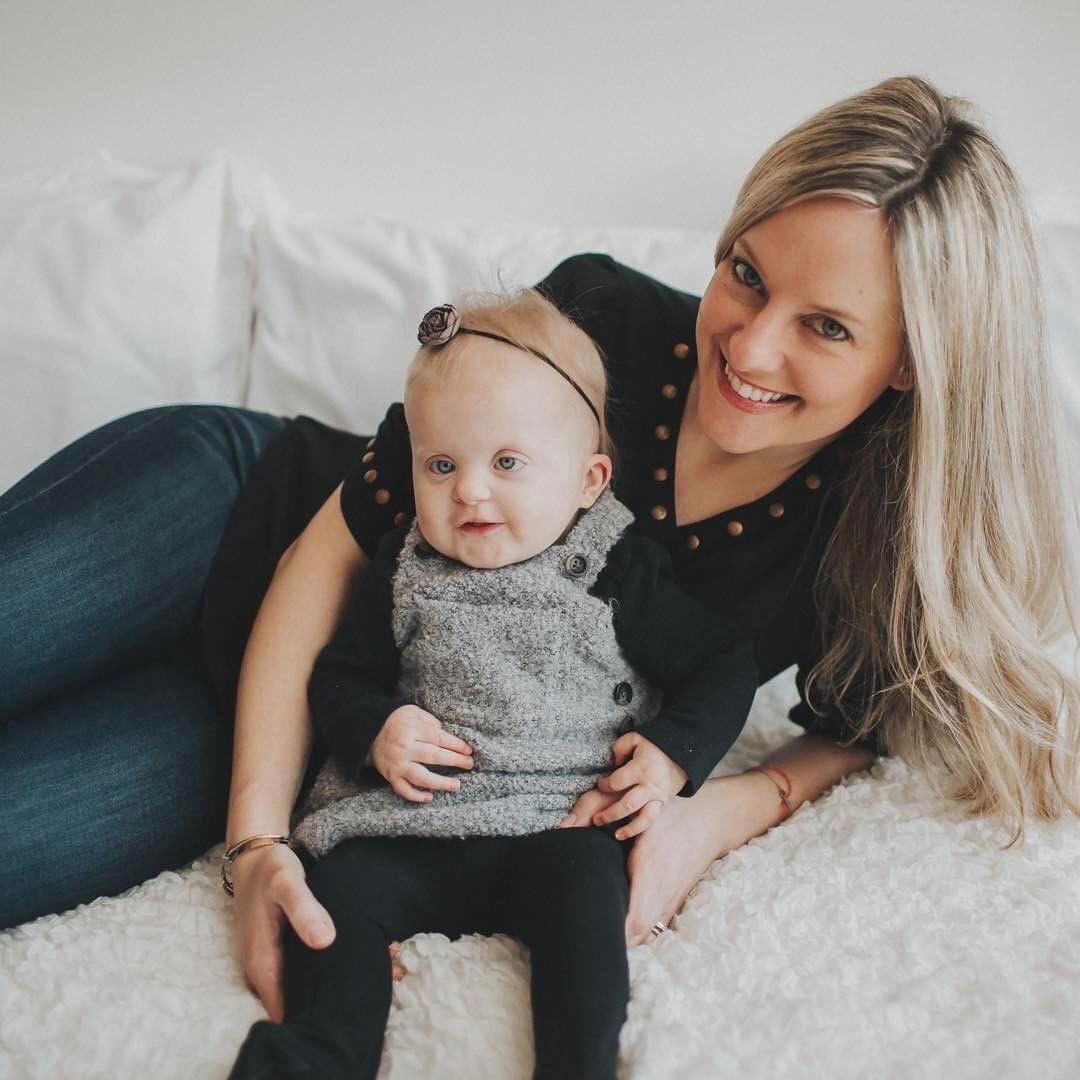 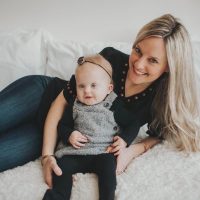 “We were happy to be expecting our second child, and learned through early blood testing that it was a baby girl. We were thrilled. We went in for our “routine” 20 week ultrasound and noticed it taking longer than it had in the past; I knew something was wrong. The tech performing the ultrasound said, “well, it looks like she could have a cleft lip, and I’m not able to get a clear picture of the heart. I’m going to suggest you be seen by a high-risk OB and have another scan” my heart dropped.

We were seen by the high risk OB the next week and they confirmed the heart defect and cleft lip. They pulled out a large binder of potential diagnoses – Down syndrome, Trisomy 13 and DiGeorge among others. We then did an amniocentesis. Our minds were spinning and our whole world had suddenly changed.

Waiting for the amnio results was excruciating. When I received the call they told me the results had come back normal. I was SO thrilled and so relieved. Maybe she “only” had the heat defect and cleft lip. We continued to pray, but they warned us something else may show up at birth.

Jacqueline (Jackie) Nicole was born by c-section at 38 weeks. She was beautiful 💗

At birth it was found she also had a cleft palate, she was sent to the NICU as expected and genetics saw her within 2 days of the delivery. They immediately suspected CHARGE syndrome and ordered a CT of her brain, an eye exam and hearing test. It was found that she has bilateral optic nerve colabomas and they thought she may be completely blind. She has severe hearing loss in one ear and mild in the other. Again, our hearts sank. HOW could so many things be wrong with our beautiful daughter? During the first year of life she had a gtube placed, open heart surgery, cleft lip repair and hard palate repair, with more surgeries ahead.

Through all that, she has showed her incredible strength and ability to overcome any and all obstacles set before her. She is beautiful, strong and tough. She has changed our lives in a million ways and the way we view the world around us. it has been the most difficult journey, but has become OUR family story and she is the center of our lives. We would lost without her 💗”