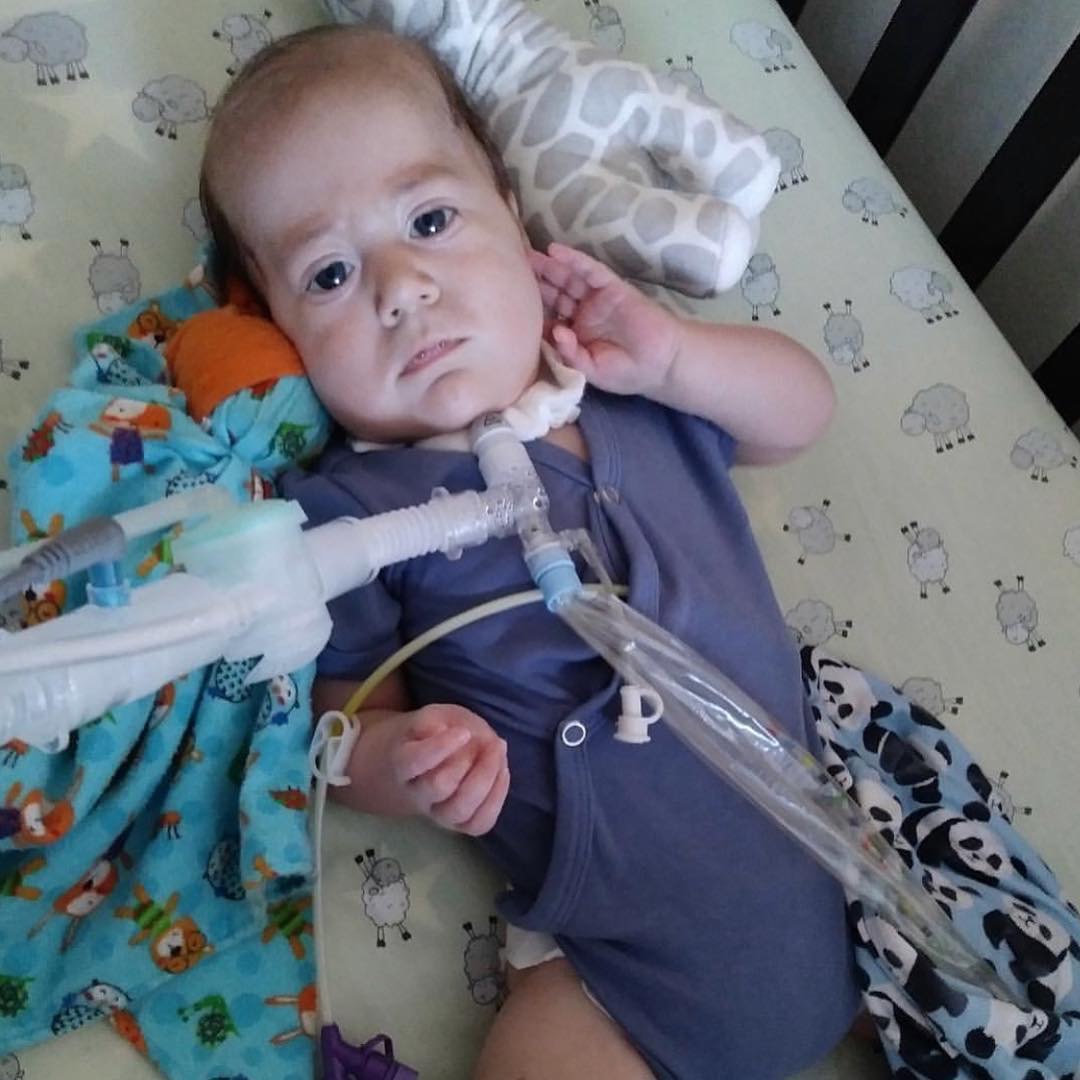 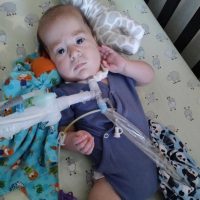 When I was about 30 weeks pregnant with my second son, Jack, my belly just grew over night. All the ultrasounds were normal, his organs were normal…he was a healthy baby. I had high amniotic fluid and they figured it was the gestational diabetes.

When he was born – he never cried. I saw them carry him away and I could tell he was just limp. He never opened his eyes and he didnt have a gag reflex..he was laying there as if he was in a coma. After 2 weeks…he opened his eyes! It was a big shock. After a few months we learned he could not breathe on his own and needed ventilator support because he did not have enough reserve. The doctors didnt have a prognosis for him but they definitley made us scared about taking him home. He was already proving the doctors wrong!