He Does All of These Things 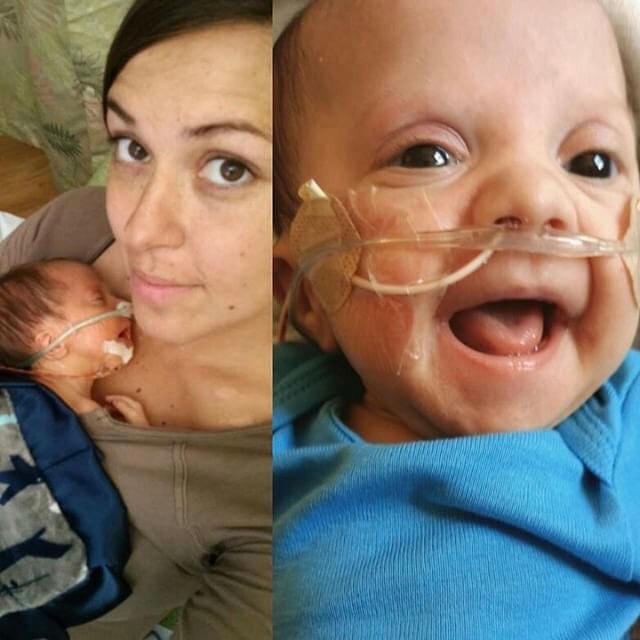 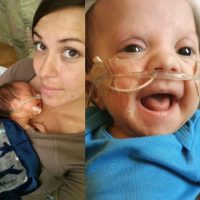 My pregnancy was rather uneventful & on every scan nothing was detected. My belly was bigger than ever & when I went into labor at 35 weeks we thought he’d be our biggest baby despite being early.

He was 3lbs15oz. He was admitted to the NICU shortly after birth, where it was discovered he has a cleft in the soft palate & CHD. They began looking for a syndrome. On day 5 of life we were told he has a deletion of genes on his 7th chromosome, with only 34 other reported cases [it doesn’t even have an official name] all being extremely different from one another, we were at a “wait & see” period to see how this will present itself in our little guy.

I felt lost, I felt deep saddest, I felt worried, I was hurting for myself, my husband, him and our other kids. I was so worried about how this might affect them. .
I instantly began to Google & let me just say this was the WORST plan of action. Everything I read was no good, no hope, worst case scenario. I felt like my world was crashing. I tried to open up to extend family and close friends but their reactions hurt too. Some cried, some said they were so sorry, some would completely dismiss it.

I decided after one long weekend of Google to stop searching. me. I also decided only positive energy was & is allowed around us. Our baby spent 9 weeks in the NICU & I had a list of who was allowed with my baby, staff included. I have learned already to NOT bank his life off medical professional’s opinions. I have been told my son was not well off, something is majorly wrong with his brain, he won’t make eye contact, smile, coo, hold his head, grasp toys, eat from a bottle but GUESS WHAT??!! He does ALL OF THESE THINGS! .

He has added so much to our world & I keep scratching my head wondering what I did to deserve this gift in our home. I know he is [only 4 months old] But, he is his own person. He will write his own story.”