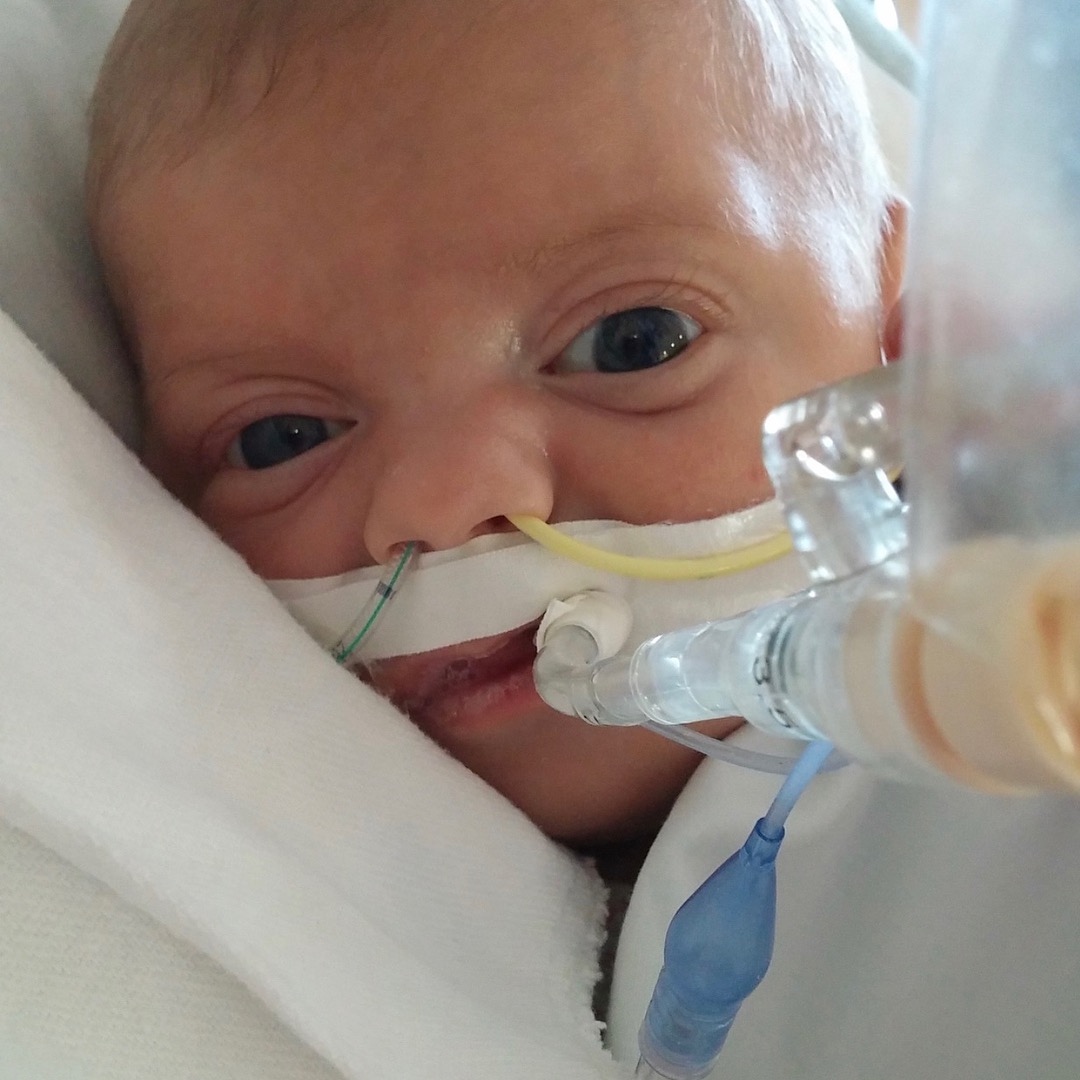 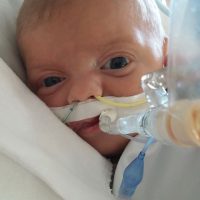 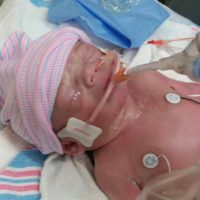 My son, Frank, was born on October 5, 2017 with Dilated Cardiomyopathy. He has been hospitalized since birth. He is now 14 weeks old. He does not qualify for surgery because Cardiomyopathy cannot be cured or ‘fixed’ with surgery since his Congenital Heart Defect (CHD) is caused by an enlarged, weak heart muscle. The only cure is a new heart. ⠀⠀⠀⠀⠀⠀⠀⠀⠀⠀⠀⠀ ⠀⠀⠀⠀⠀⠀⠀⠀⠀⠀⠀⠀
Right now, he is on the donor list waiting for a heart, so he can have a transplant. We were told his waiting time for a new heart is 6 to 8 months based on his body type (height and weight), antibodies and our location in the Midwest. ⠀⠀⠀⠀⠀⠀⠀⠀⠀ ⠀⠀⠀⠀⠀⠀⠀⠀⠀⠀⠀⠀ ⠀⠀⠀⠀⠀⠀⠀⠀⠀⠀⠀⠀ ⠀⠀⠀⠀⠀
For the first two months of his life, Frank had problems gaining weight and absorbing feeds in his stomach. So they put the feeding tube in his intestines which worked better for absorbing nutrients. A NICU fellow suggested MCT Oil to help him gain weight and that was a miracle because it worked! He is also on a specialized pre-digested formula called Alfamino since Pregestimil didn’t work. ⠀⠀⠀⠀⠀⠀⠀⠀⠀⠀⠀⠀ ⠀⠀⠀⠀⠀⠀⠀⠀⠀⠀⠀⠀ ⠀⠀⠀⠀⠀
Since he has problems pooping and making bowel movements, they are giving him prune juice and a rectal suppository pill once a day. The ICU Nurses mix Alfamino with MCT Oil and prune juice and give it to him through the feeding tube. He is also on the breathing ventilator because his heart is too weak to pump enough blood to the rest of the body. Because he has the breathing tube in his mouth, I am limited to the number of times that I can hold my baby. I have been able to hold him five times in three months and my husband has held him twice.