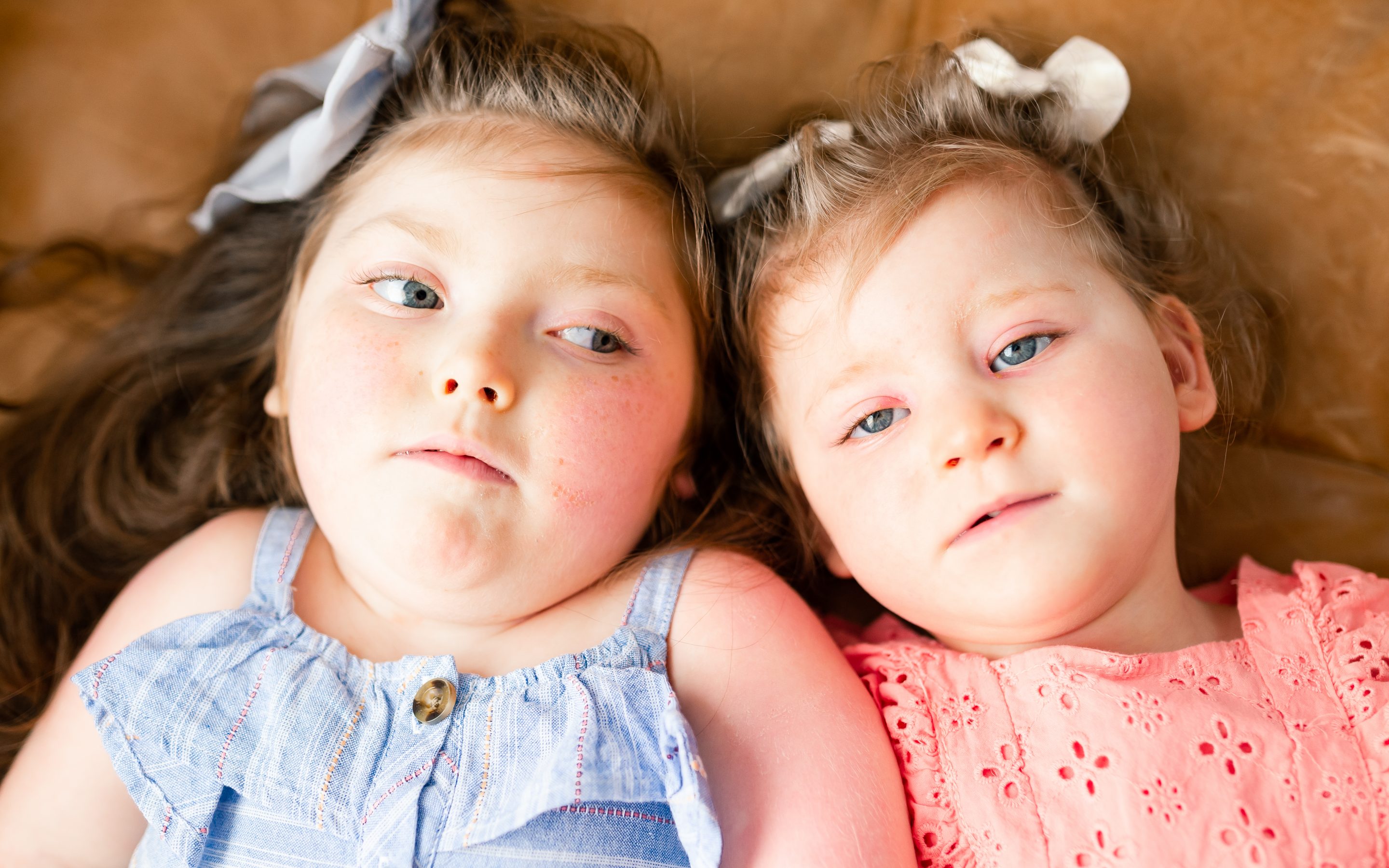 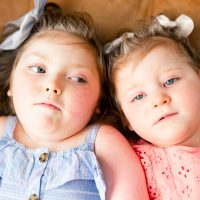 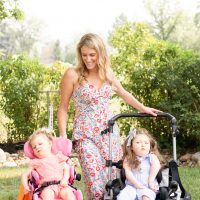 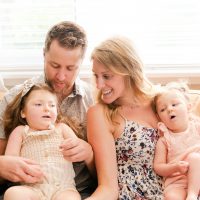 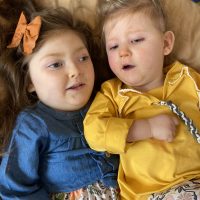 Emma, now four, had her first seizure when she was only 2 months old. She had episodes where she would stop breathing, and would do strange crunching movements. After an ambulance ride to the hospital, Emma was diagnosed with Infantile Spasms – a catastrophic form of childhood epilepsy. Over the years her seizures proved resistant to treatment and eventually evolved to Lennox-Gastaut Syndrome. Emma still has seizures every day, she isn’t able to hold her head, eats through a G-tube and has cortical visual impairment. But she is a strong little girl who loves music and being around friends her age!

Abby was born two years after Emma and at 6 weeks old her parents saw the all too familiar crunching movements. An EEG confirmed the family’s worst fear, Abby was diagnosed with Infantile Spasms just like Emma. After a more aggressive treatment plan, Abbys seizures are much better controller, but she is still learning to hold her head up and remains severely developmentally delayed. Abby is the feisty sister of the family and loves spending time in her sensory room and getting cuddles from her parents.

After extensive genetic testing, doctors believe recessive mutations on the sisters THAP12 gene is the cause of disease. To date, Emma and Abby are the only two known cases IN THE WORLD to have this genetic disease. When doctors said these sisters were too rare to help, and that science would just have to catch up, their parents took things into their own hands and started the Lightning and Love foundation (www.lightningandlove.org) to drive research into this never-before-seen genetic condition. The foundation is currently developing Zebrafish and mice models through international research collaborations and are taking big steps to find a cure for THAP12 disease!

Emma and Abby are happy, sweet sisters who will change the world of Rare Disease!