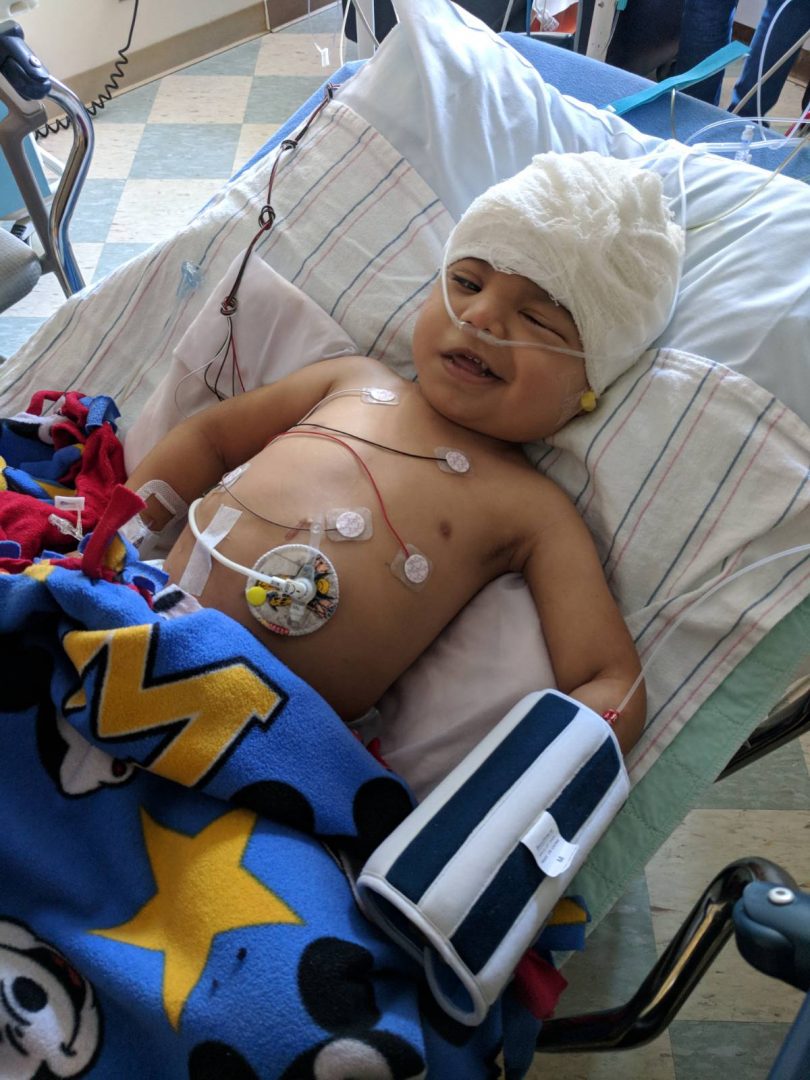 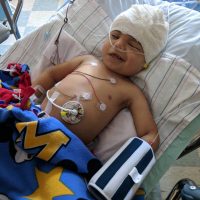 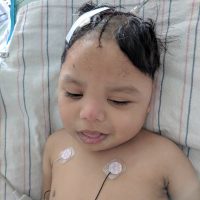 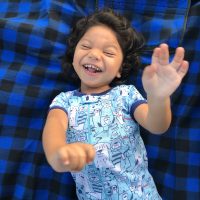 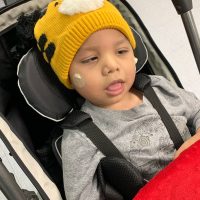 Damian is a sweet 4 year old with an amazing smile. ♥️
Before Damian was born, he suffered from bilateral strokes in utero. When he was a few months old, he got a full clotting/bleeding workup and his Hematologist diagnosed him with Factor V Leiden.. a blood clotting disorder that caused his strokes.
At 5 months old, Damian started his battle with epilepsy. After exhausting ALL options to treat his epilepsy (countless medications, CBD oil, Ketogenic Diet, VNS implant, steroids, etc), Damian underwent a left functional Hemispherectomy in August 2018. His entire left hemisphere was disconnected during a 9 hour brain surgery. He spent a few weeks in the hospital and was discharged not even able to hold his own head up. Although he is making progress, he is still not yet doing the things he was doing before surgery.
He went almost 6 months seizure free, but unfortunately his seizures have returned.
Damian suffers from many other conditions such as severe Cerebral Palsy, asthma, chronic lung disease, sleep apnea, Optic Nerve Hypoplasia, and so much more. He is also g-tube fed and uses supplemental oxygen when sleeping.
He has had many surgeries, and countless hospital admissions and specialist clinic visits. But he still lives his life with a smile on his face. He is a true warrior. 💪🏼