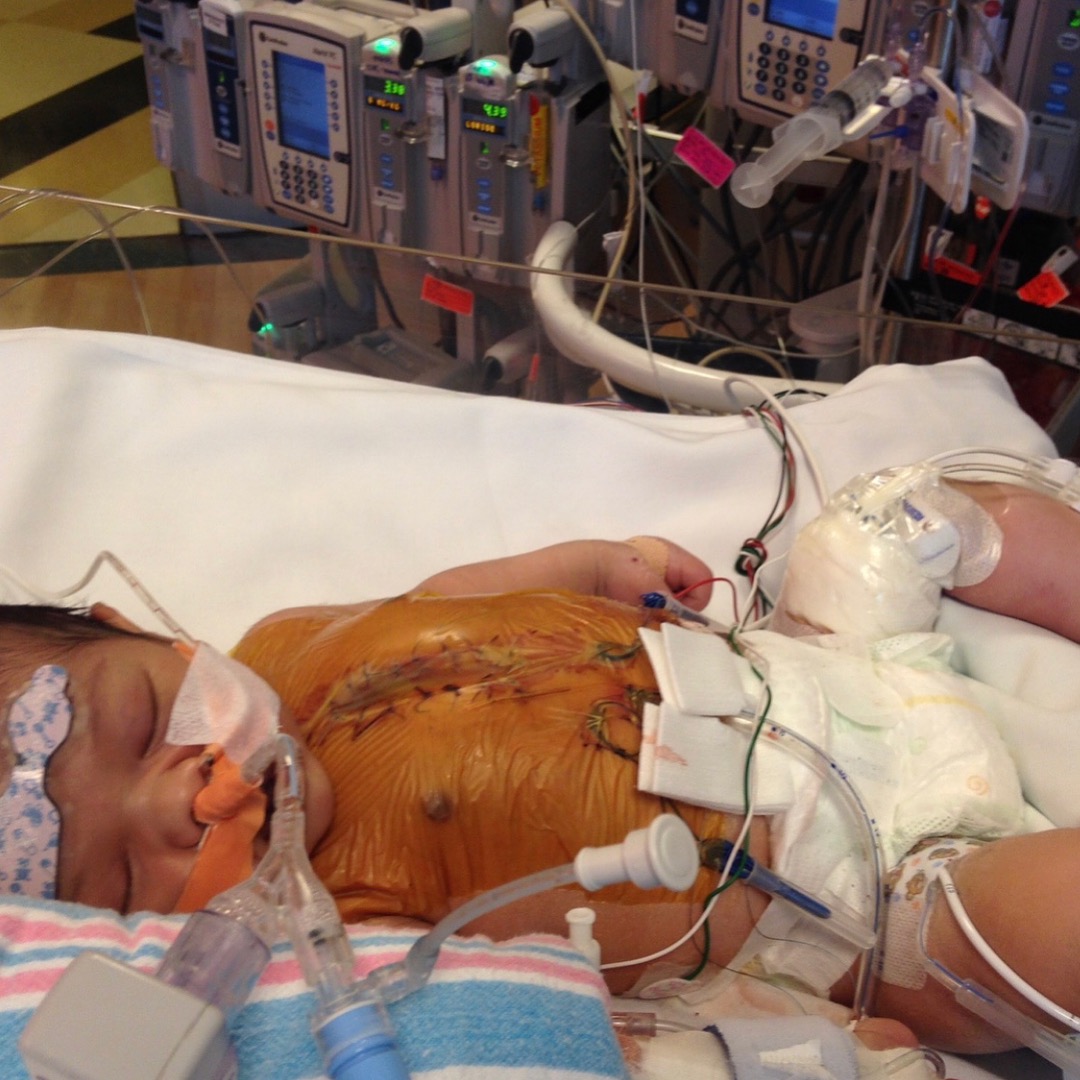 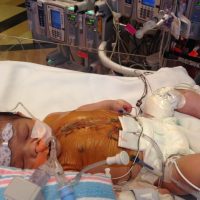 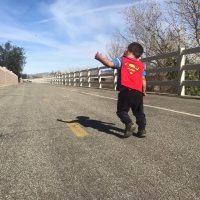 Throughout my pregnancy I was told my baby was healthy and had a strong heart. When I went into labor I had to have an emergency C-section because my sons heart rate was low. Hours later I asked to see my son but I was told to wait. Finally a Doctor came in my room and told me that my son was very sick. He was diagnosed with CHD. His defects included: Tricuspid Atresia, Hypoplastic Right Ventricle, Transposition of the Great Arteries, Hypoplastic Aortic Arch, ASD and VSD. ⠀⠀⠀⠀⠀⠀⠀⠀⠀⠀⠀⠀ ⠀⠀⠀⠀⠀⠀⠀⠀⠀⠀⠀⠀
My son had his 1st of 3 needed surgeries at 7 days old. He had two heart catherizations. The second one almost ended his life because his main artery was poked causing internal bleeding. In the process he suffered seizures and stroke. We were not sure how much brain damage he had, if any. Days later MRI and CT scans showed no major damage but I was still told he would be developmentally behind. ⠀⠀⠀⠀⠀⠀⠀⠀⠀⠀⠀⠀ ⠀⠀⠀⠀⠀⠀⠀⠀⠀⠀⠀⠀ ⠀⠀⠀⠀⠀⠀⠀⠀⠀⠀⠀⠀
At 6 months old my son had his second surgery, but recovered very quickly. Since his second surgery my son has been so much better. He routinely sees his cardiologist to make sure his heart is functioning correctly. He started receiving therapies since 4 months which included: child development specialists, occupational and physical therapy, and now speech therapy. Looking at him now, you would never know the battles he has fought. ⠀⠀⠀⠀⠀⠀⠀⠀⠀⠀⠀⠀ ⠀⠀⠀⠀⠀⠀⠀⠀⠀⠀⠀⠀ ⠀⠀⠀⠀⠀⠀⠀⠀⠀⠀⠀⠀
We are preparing for him to get his 3rd surgery after he turns 3. This will hopefully be the last heart surgery he needs. My son is a living miracle and I will continue to be his biggest advocate. CHD is a horrible monster but my son is a hero that has fought against it. I don’t know what the future holds for my son but I am faithful that he will live a long life.